Without Gold There Is Debasement 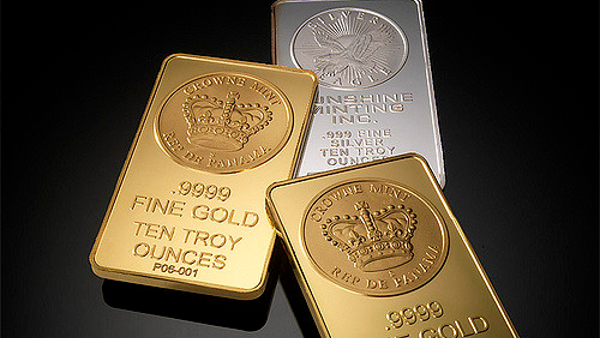 A central bank, like the Federal Reserve, without a gold (commodity) based currency, can issue paper money or credit at its whim. This action debases the value of the currency, which directly destroys the wealth of most citizens, but allows banks to make profits from this debasement at the expense of most citizens.

Economist Jörg Hülsmann expounds that, “Central banks protect the banking establishment by pumping additional central-bank notes (in a commodity money system) or paper money into the economy whenever bank runs threaten the fractional-reserve banks. These inflationary measures, which save the banks at the expense of all other market participants, make the system display an artificial stability.”[1]

Hülsmann summaries the very issue with a fractional-reserve system – it self-protects by continually sending mal-investment signals into the market, destroys value of individuals’ currency assets (savings and etc.); both of which allow for economic bubbles which further devastates the property of most citizens. With further economic destruction because, instead of people putting time and energy into creating wealth, they must now put their time and energy into compensating for the prior wealth destruction, or their time and energy into wealth which will be taken away from them (taxes) and re-distributed to another party. This is a negative form of what Claude Frédéric Bastiat called that which is not seen.[2] Though not seen, it is painfully felt by citizens of the United States. Scripture also instructs us of the very same thing in 2 Corinthians. “So we fix our eyes not on what is seen, but on what is unseen.” Paul and Timothy warn, “For what is seen is temporary, but what is unseen is eternal.”[3]

Austrian historian Thomas Woods presents a scenario in which taxes cause the same effect as Bastiat’s that which is not seen. Woods writes, “The importance of contrary-to-fact scenarios is especially clear. If people are taxed $10 million to fund some government project, they now have $10 million less to spend on things they need. That decline in spending will cost other people their jobs, since taxpayers are now less able, to the tune of the $10 million taken from them, to carry on their previous consumption patterns.”[4] This behavior and result, or potential results (that which is not seen), eludes many politicians, historians, and even economists.

[3] Guideposts, The Guideposts Parallel Bible (Carmel, NY: Guideposts), New International, 2 Corinthians 4:18, p. 2942 and p. 2944.  For Bastiat’s discussion on The Broken Window theory, see Claude Frédéric Bastiat, 2007 (originally published in 1850), “That Which Is Seen, and That Which Is Not Seen:  The Boken Window,” from The Bastiat Collection, (Auburn, AL: Ludwig von Mises Institute), pp. 2-4.