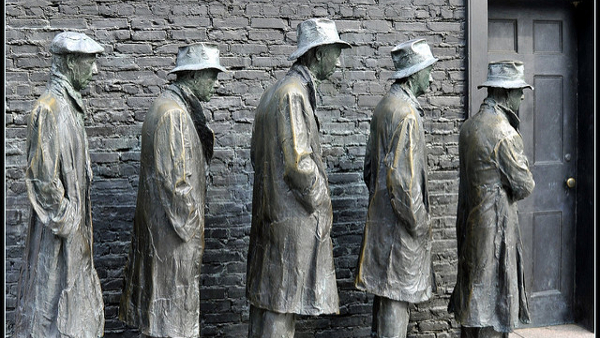 Franklin Roosevelt’s tone and message in his second inaugural speech revealed his collectivist direction of social justice and wealth redistribution. Lord Acton squarely refuted this practice and revealed its strangulation of freedom and liberty – its opposition to American Exceptionalism. “The finest opportunity ever given to the world was thrown away because the passion for equality made vain the hope for freedom.”[1] In summary, redistribution and liberty cannot co-exist. As psychiatrist and author Dr. Lyle Rossiter noted, what is needed is “the realization [that] individual liberty is not compatible with enforced transfers of wealth.” He continues:

In genuinely free societies, wealth is transferred only through voluntary exchanges among those who buy, sell, and trade in free markets, or through inheritance, or through charitable donations to recipients selected by the donor.[2]

Roosevelt claimed inequalities can be designed out of the system by establishing more control over the system by the governing body; that is, Central Planning. But centralized planning actually increases and exacerbates inequalities. Moreover, inequalities are a natural result of any economic system. As economist Friedrich Hayek pointed out, “There will always exist inequalities which will appear unjust to those who suffer from them, disappointments which will appear unmerited, and strokes of misfortune which those hit have not deserved.”[3] Since economic actions and activity are very dynamic and occur on such a large scale, involving nearly the entire population–consisting of individuals with as broad difference of knowledge, skills, and experience as the number of them involved–actively engaging with each other and business entities, it is utterly impossible to not have some level of inequalities. Economist David Henderson points out:

[T]hose who have the highest incomes in a free society by and large earned them. Either they earned their incomes as wages and salaries, or as interest, dividends and capital gains.  In this sense, inequality is justified.[4]