America’s Threats In The Big Picture 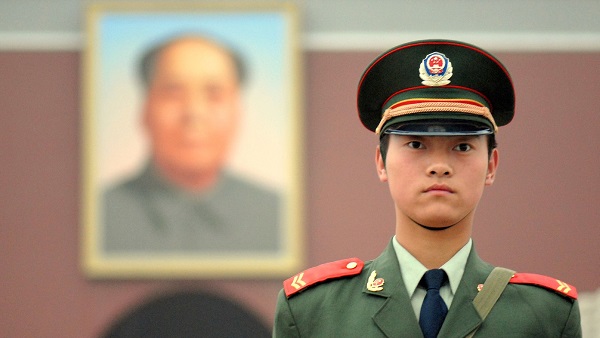 A clear-eyed look at the totality of what our nation is becoming should make Americans very, very frightened.

In a media environment dominated by coverage of what has happened in just the last ten minutes, it’s easy to ignore the big picture. But some have consistently worked towards creating a paradigm that would render America utterly unrecognizable and deeply vulnerable. It would leave both individual citizens and the nation itself in dire peril.

We have been told that our borders should be open and uncontrolled, and that denying entry to those illegally crossing is racist and xenophobic. This has caused great expense, and substantial increases in violent crime. Those favoring ending most border controls apparently don’t care.

China has increased its rate of spending faster than either the Soviet Union or the USA at the height of the Cold War, and has become a full-fledged military superpower that has no intention of abiding by international arms treaties. It has already moved to occupy territory not its own. Russia, thanks to an Obama/Clinton treaty, now has the planet’s most powerful nuclear force. Iran’s leadership continues to strive for “Death to America.” These things occurred at a time when the U.S., under Obama, was slashing its military spending, when the nation’s nuclear arsenal was deteriorating, and when it was withdrawing heavy equipment from Europe. Despite this blatant and rapidly growing danger, some continue to advocate dramatically cutting the Pentagon budget.

It’s worse than just nonchalance in the face of mounting danger. John Kerry has advised Iran on how to deal with American foreign policy. Hillary Clinton has financially gained from the sale of the basic ingredient of nuclear weapons to Russia. Joe Biden, through his son, has made a fortune from deals with China.

Too many in our major centers of education, information and entertainment disdain America. Our students are given a false perspective of history which ignores all of the nation’s extraordinary achievements and advances in freedom, and are instead force-fed a false narrative that only dwells on past imperfections. Some social media personnel have been more comfortable working with Beijing than Washington.

Intense disrespect for our traditions and our flag is clearly advocated by too many. It’s fair to criticize a particular practice or policy; demeaning the very symbol of American nationhood is wrong. Colin Kaepernick is free to express any opinion he desires; disrespecting the flag is unconscionable, as are the actions of those who kowtow to him.

America, like all other nations, engaged in some past practices which are unacceptable, but it fought its most bloody war to end them. Segregation was outlawed a half century ago, but the political left continues to portray it as a current reality.  Every incident of malice by an individual against a minority member is portrayed as evidence of “systemic racism,” despite the fact that severe punishment generally is meted out to these corrupt individuals. This falsehood is being used to advocate for the defunding of police, leaving individual Americans as vulnerable as the nation as a whole is from those nations seeking to harm the U.S.A.

The assault on the Bill of Rights continues to intensify. Senator Schumer introduced legislation to weaken the First Amendment. Universities and social media barons claim that anything they disagree with is “hate speech” and claim the right to censor differing opinions. Municipalities act as though the Second Amendment doesn’t exist. The Fourth Amendment Right to Privacy has become virtually just a historical memory. The Ninth and Tenth Amendments, which mandates that powers not specifically given to the federal government belong to the states and to individuals, are ignored by an increasingly unresponsive and dominating “deep state” of unelected, unaccountable federal bureaucrats.

A new picture of America is emerging: a nation weakened and endangered abroad, with individuals whose rights are increasingly trampled upon at home. A citizenry that sees itself as members of clashing political or racial groups rather than as brothers and sisters united in their devotion to a nation that was once considered humanity’s best hope for the future. That’s the new America some seek to develop.