Dear David Brooks, There’s No ‘We’ Nor Is There ‘Humiliation’ 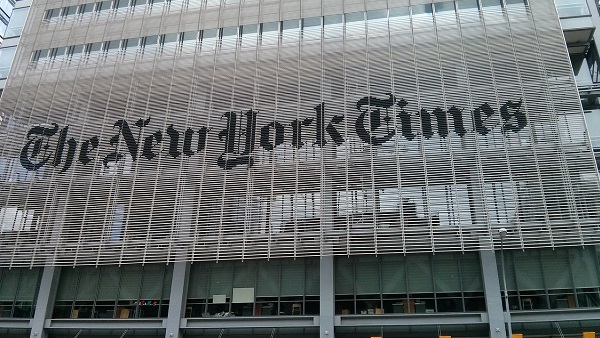 It’s too easily forgotten in what is the world’s most prosperous country, but dying of old age is a remarkable and very modern concept. It’s one that past generations couldn’t as easily fathom, and that people from past centuries didn’t much contemplate at all.

Dying from old age? How? Among many other killers, tuberculosis, pneumonia, and the “terror of western civilization” that was Yellow Fever ended life well before “old age” could take its shot at the living.

Austrian School eminence Ludwig von Mises wrote in his classic book Liberalism that the notion of “luxury” was historical in the sense that today’s luxury enjoyed by the few is invariably tomorrow’s common good in free societies. So true.

In my book about the amazing present and future of work, titled The End of Work, “venture buyers” are discussed at length in what is a short book. They’re the people of substantial means who buy things that 99.9% can’t afford, their purchase of what’s incredibly obscure reveals utility for that which is obscure, only for entrepreneurs to aggressively mass produce the former luxury.

Looked at in terms of disease, it’s historical in the way that luxury is. What tragically kills in free societies creates incentives among the superrich to seek cures. Before John D. Rockefeller created his immense wealth, life was so fragile. Those born had as good a chance of dying as living. Cancer was well down the list as an ender of life. What used to kill with great speed easily beat cancer to the punch.

The historical nature of death came to mind while reading the latest overwrought, and seemingly insincere piece by New York Times columnist David Brooks. Brooks has a tendency to speak for all of us, which on its own is remarkable when it’s remembered that there are 330 million Americans. In his defense, he’s not alone. The erudite on both sides have a tendency to remind us how brilliant they think they are when they presume to have a finger on the collective national pulse. That they think there is one explains so very much. Books could be written.

Brooks claims we’re in the midst of a national “humiliation.” He wrote ahead of the July 4th weekend that the year 2020 “humiliated” the American people “as almost never before. We had one collective project this year, and that was to crush Covid-19, and we failed.” No, that’s not serious.

Up front, readers can rest assured that this will not be one of those statistical columns billed as “evidence” that the new coronavinus is or isn’t a threat. There will be just one virus-related statistic mentioned; one found in Brooks’s New York Times, and that speaks to triumph in the U.S.

The view from here is that statistical debates about the virus of the moment are a loser’s game. Among other problems, they set the stage for future shutdowns. Brooks’s Times reported recently that 54,000 U.S. coronavirus deaths can be linked to nursing homes. Supposedly the latter exists as pretty powerful evidence that the virus doesn’t kill the young and healthy, but that the very old, usually with pre-existing conditions, tend to die from the virus or with it. It seems compelling, but it’s again a loser’s game.

It is because readers can rest assured that the new coronavirus will eventually be old, only to be replaced by another one. And if the debate about lockdowns becomes about whom the present virus tends to strike, experts will surely respond with “this time is different” to the next one.

The better argument is always one of unfettered freedom. Indeed, the more threatening the virus the worse the argument for lockdowns. Really, what about the threat of death requires force to avoid same? The question answers itself.

So while it’s pretty obnoxious to presume to think for Brooks, he regularly presumes to think for 330 million Americans. In that case, one imagines that Brooks deep down knows he doesn’t need a law, but then more than he’ll admit Brooks sees brilliance when he looks in the mirror. What of those who aren’t remarkably intelligent? Don’t they need coercion to avoid what could kill them? The answer here is no. Free people avoid all manner of things that could merely harm them each day. All-too-many studiously avoid the outdoors just to avoid humidity! The threat of death seems more than sufficient to elicit reasonable behavior, even among the regular people Brooks claims to know well in the way that Bruce Springsteen knows the insides of factories….

At the same time, the private Brooks is surely correct that some will ignore what he deems grave. True, but you need those people too. Free people produce information. Sometimes the mouthbreathers unwittingly know more – gasp – than people like Brooks.

Lest readers forget, back in the 1980s AIDS was thought to be transmittable by proximity. No less than Anthony Fauci wrote a paper in 1983 that said AIDS might be passed around among humans by “routine close contact, as within a family household.” As a “candy striper” at a top southern California hospital in 1987, yours truly was given the option (not taken) of opting out of delivering to an AIDS patient’s room. A 1986 British government ad indicated that one out of five would get AIDS. Rock Hudson kissed Linda Evans on the hit show Dynasty, only to die not long after of AIDS. The fear then was that he transmitted it to her. How little we knew then. How little doctors knew.

Which speaks to the importance of leaving people alone. In response to the new coronavirus, some would seemingly do as Brooks gives the impression he’s done; sheltering in place with their nails bitten to nothing. Others would use masks and gloves. Others would throw caution to the wind. All 330 million Americans trying different things, producing abundant information about something no one knows anywhere close to everything about. Conversely, force produces blindness.

Brooks says America has failed, that it’s humiliated. No, America has thrived. We know this with or without the coronavirus. More and more Americans are dying of old age. In nursing homes. What a modern concept. What a triumph.

Brooks, as is his wont, calls for “collective” action to fight the virus. No, it was entrepreneurs operating alone (alone because people almost uniformly thought they were nuts) who produced the staggering wealth that enabled scientists and doctors to experiment on the way to the production of information that elongated beautiful life.

The aforementioned British ad about AIDS told the people “Don’t Die of Ignorance.” They knew so little then, only for free people to shine light on what was opaque. Lockdowns and other forms of collective action hide answers. The only answer to ignorance is freedom. As a student of history, Brooks has to at least secretly know this.