How Conservatives Can Combat ‘Woke’ Shareholders 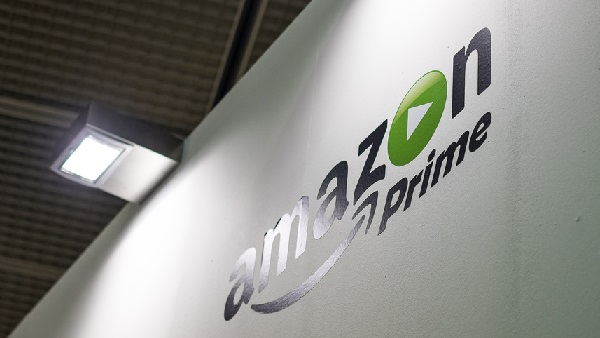 With contributions by Charles Bowyer. Published May 27th, 2020.

In the battle over woke capitalism, conservatives have largely been MIA. Ideologues on the left, although relatively small in number, have not, and the results are there for all to see. Whether it be through social-media campaigns, electing sympathetic members to the board of directors, or — perhaps most crucially — shareholder resolutions (and we shouldn’t forget the influence of employees), woke capitalism is on a roll.

Shareholder meetings can be tricky for management, as they are not entirely under its control. There are votes on board membership and on shareholder resolutions, the latter a tool of which activist groups have been making good use as they try to steer corporations into compliance with their ideological agenda on one popular choice: climate change.

Special-interest groups buy shares, write proposals, show up at the conference, and slowly remake the corporate world in their image. Much of this is now being institutionalized under the heading of “ESG investing,” a notion that has found wide support among the large proxy ‘advisory services’ companies that vote on shareholders’ behalf on topics that can include divisive social issues, often without much input from the shareholders themselves. For the most part, large blue-state pension funds are also fully on board with ESG, as are some of the largest money managers in the world.

But this new status quo may finally be seeing the first signs of rebellion. With organizations such as the Alliance Defending Freedom and the National Center for Public Policy Research taking the lead, the politicization of the boardroom is being challenged. Amongst all the shareholder proposals designed to advance a particular ideological line, a few stand out from the pack. One, intended to challenge Amazon’s partnership with the largely discredited Southern Poverty Law Center, will be voted on at Amazon’s meeting on the 27th. Amazon still relies on the SPLC’s “hate-list” for their “Smile” program, which allows customers to give small amounts to a charity “of their choice,” but, in practice, that choice is policed by the SPLC. Customers can only actually give to the charities that do not fall foul of the SPLC’s standards. This is a troubling thought, given that the SPLC once labeled moderate Muslim activist Maajid Nawaz an “anti-Muslim extremist” — until legal action compelled it to apologize to Nawaz, and to pay a settlement of over $3 million. The SPLC routinely smears conservative, Christian charities such as the Family Research Council as “hate groups” for promoting the traditional Christian understanding of sexual ethics. To regard it as a neutral mediator standing above the fray of partisanship is absurd.

Amazon, unfortunately, has played along with the SPLC and, to take one example, removed the Family Research Council from its Smile program after the SPLC labeled it as a hate group. This is what a resolution, to be voted on by shareholders at Amazon’s AGM on the 27th, aims to remediate. It calls for Amazon to issue a report “evaluating the range of risks and costs associated with discriminating against different social, political, and religious viewpoints.” As is the case for many shareholder resolutions, the expectation isn’t for it to pass as much as it is to gain traction and attention, showing Amazon’s board that conservative shareholders have a voice, too.

On that same day, a shareholder resolution at Twitter will be voted on addressing allegations of institutional bias against conservatives and libertarians at the social network. The intolerance within Big Tech of dissenters (broadly) on the right is obvious to even the most casual observers, and it’s obvious whether it’s a matter of the atmosphere within companies or the ideological line that they tend to adopt. Given the evident importance of employees in establishing Big Tech’s ideological stance, ensuring that conservative and libertarian employees can also make themselves heard should be a priority for any movement that seeks to undermine the activist class’ encroachments on business. This resolution intends to compel management to “issue a public report detailing the potential risks associated with omitting ‘viewpoint’ and ‘ideology’ from its written equal employment opportunity (EEO) policy.”

When James Burnham, an early writer for the National Review under William F. Buckley, wrote about the managerial class, his emphasis was principally on the disconnect between national governments and most citizens. But Burnham’s point stretched beyond the state to encompass the rise of a managerial class in general. He argued that the primary divide is not between state-owned and privately-owned but between organizations run according to the priorities of a quasi-permanent managerial class. He believed that, in time, this managerial class, whether embedded in the public or private sector, would try to become a new ruling class. What we’re now seeing is that activists have effectively joined the managerial class. The result is corporations in which ideological considerations can come ahead of the well-being and interests of owners.

There is a lack of consensus among conservatives over how to address this problem. Some favor government intervention. But historically, conservatives have been reluctant to enlist state-power to solve private-sector issues. Perhaps conservatives can agree that we should try improving governance before we turn to the government.

Those troubled by corporations’ putting political objectives above the legitimate concerns of shareholders are not helpless. It is not only the activists of the Left who can propose shareholder resolutions. ‘Regular’ investors can also propose shareholder resolutions, and, for that matter, vote on who should represent them on the board. They can use their leverage as investors to remind corporate leadership that its duty is not compliance with an ideological agenda, but to be reasonable stewards of investor resources. Conservatives are on the backfoot not because they represent a minority of investors, but because they simply have not bothered to show up.