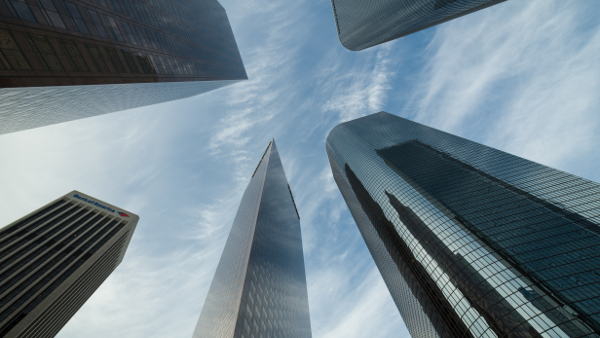 Given the recent crisis in financial markets, investors should be asking themselves how well their portfolios are able to withstand market shocks. We want to take a look at real estate, to illustrate the potential problems with over-leveraging in times of market turmoil.

The image above depicts the hypothetical impact of a decreasing loan to value ratio, and demonstrates why leverage matters. Let’s say you borrow $55,000 to buy a building for $100,000. That gives you an initial loan-to-value ratio of 55%. And let’s say the contract you signed to borrow that money and buy that building stipulates you can’t exceed a loan-to-value ratio of 60%.

That’s all fine and good, right? You’re below the 60% threshold. Until the market shifts and the value of this building drops to $85,000, which puts your loan-to-value ratio closer to 65%, in breach of the 60% requirement.

In order to not break the covenant, you may have to sell the building. Because you’re over-leveraged, you might then end up taking a net loss on the building to avoid defaulting – you would be selling that building into a down market, the time when one should be hypothetically buying.

Let’s take a closer look at how different loan-to-value standards perform in varying degrees of a market sell-off.

Each set of 3 bars describes a hypothetical scenario of market declines from 5% to 30%. The dark horizontal bar represents the standard upper limit of 60% on leverage ratios.

That might become a problem when we enter a crisis, particularly one that hits real estate hard – like the one we’re in now.

As you can see in the chart above, the higher the loan-to-value ratio, the less of a market drop is required to put you into a potentially adverse situation. Having disproportionately high leverage might make you less resilient and more susceptible to market shocks, especially once we get into correction (a drop of 10% or greater) territory.

In order to avoid breaching covenants, a real estate company may be forced to sell their assets into a down market, which may mean losing money: If you buy a building at a certain value, and the value of that building then declines by 15% – forcing you to sell it lest you breach the covenant – you would theoretically be losing money.

Investors should ask if the real estate funds they’re invested in are disproportionately over-leveraged, and by extent may be at a higher risk from large market declines.