Infractions Of The Economy 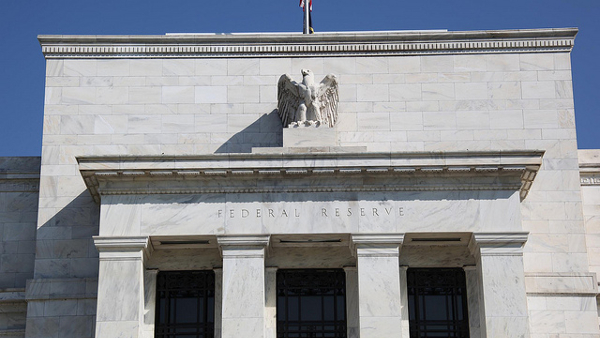 The infractions of the economy since the installation of the Federal Reserve came from a variety of government interventions with the Fed being one of the most, if not the most, powerful of these intervention mechanisms. In fact, Dr. Christina Romer writes that prior to the Federal Reserve, “Before 1916 it was practically impossible for the U.S. government to affect the macro-economy through conventional aggregate demand channels. Taxes and government spending in the prewar era were so small that plausible variations in fiscal policy could neither cause nor dampen significant fluctuations.”[1] Dr. Romer goes on to state that, “After World War II, in contrast [to pre-WW I], macro-economic policy not only existed, but it was used with zeal.”[2] Tragically, and unconstitutionally, government intervention was in full swing.

The Federal Reserve also knowingly institutes action which causes economic damage of lowering industrial output for its objective of trying to manage inflation according to Dr. Romer. “It was clearly willing to accept output losses to reduce inflation,” writes Romer, “We found that decisions by the Federal Reserve to reduce aggregate demand to lower inflation led to substantial and sustained drops in industrial production… of approximately -11.4 percent after 33 months.”[3]

Dr. Romer also reported findings that “in the absence of monetary policy shocks, industrial production would have risen, rather than fallen as it usually did” in the years 1949, 1970, 1979-82, and 1990.[4] Further years would have fallen into this report up to the present accept that it was published in 1999. Even Dr. Romer, who supports this type of monetary intervention, concludes that “the existence of policy-induced recessions in the postwar era explains why we have not seen a dramatic stabilization over time. We still have recessions after World War II, despite the rise of demand management and structural reforms, largely because policy has generated them.”[5]

The Federal Reserve and its policies and action have caused immense economic damage and the destruction of wealth creation by falsely trying to maintain stability of prices and interest rates to control inflation. Manipulating interest rates (the price of capital) and the amount of currency and credit in order to control prices as methods to manage inflation is economically destructive. It distorts information and market signals which are critical for consumers, businesses, and capitalists to make market decisions. Moreover, these are skewed indicators of the market environment as resources are shifted in directions and into endeavors for which the market does not have preferences.

Economist George Selgin affirms “that attempts to prevent price level movements from doing so themselves undermine the accuracy of price signals, diverting economic activity from its ‘nature’ course.[6] This intervention (see Figure 1 in The Federal Reserve has Failed and Inflation is Destructive) has caused immense wealth destruction in the past 100 years. Thomas Woods also notes “that artificially low interest rates created by the central bank’s injection of new money into credit markets deform the economy’s capital structure and interfere with the interest rate’s normal function of coordinating production across time. The artificially low rates, by artificially stimulating earlier or higher-order stages of production, create an unsustainable mismatch between future-oriented investment plans on the part of entrepreneurs and present-oriented consumption plans on the part of consumers.”[7]

Since the Federal Reserve’s birth, the U.S. has experienced a massive devaluation of the dollar and a very significant rise in the price of goods and services. This all happened during a period of enormous proliferation of goods and services, and huge productivity increases year-after-year, built upon the power and structural changes of the Industrial Revolution when the Shining City should have had massive price decreases, not increases, combined with prolific earning increases. While earnings of people have increased substantially, a large portion of that increased was negated by inflation — which, over the past century, should have never existed.

Fractional-Reserve banks, as with the current status of the U.S. dollar, also do not issue money titles; that is, a paper note for direct redemption for a commodity like gold, but essentially an “I owe you” (IOU).[8] Economist Jörg Hülsmann also rightly notes that “the growth of the welfare-warfare state would not have been possible without inflation.”[9]

Murray Rothbard writes that “Despite the Establishment propaganda… [the Central Bank of the Federal Reserve is] instead part of the problem. In fact, they are the problem. The American economy has suffered from chronic inflation, and from destructive booms and busts, because that inflation has been invariably generated by the Fed itself. That role, in fact, is the very purpose of its existence: to cartelize the private commercial banks, and help them inflate money and credit together, pumping in reserves to the banks, and bailing them out if they get into trouble.”[10]

As discussed, the exact opposite has happened. “Established economists and bankers proclaimed that the American economy was now in a marvelous New Era,” reveals Rothbard of their lies and deceit. The value of American currency has been ravaged over the past century. “[T]he only way,” writes Rothbard, “to do that [eliminate chronic inflation and boom and busts] is to abolish legalized counterfeiting:  that is, to abolish the Federal Reserve System, and return to the gold standard.” [11]