Systemic Racism Is Not What You Think It Is 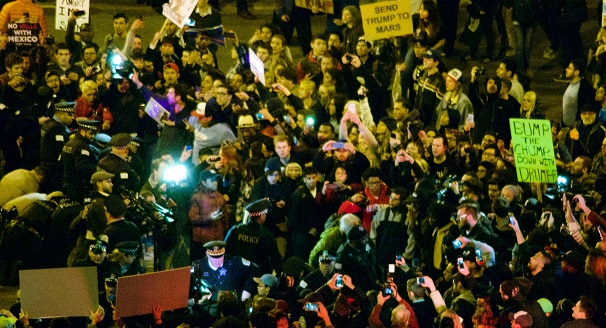 News media, politicians, and others who earn their living by inciting division and hatred are trying to capitalize on the recent protests and riots. Race is on the front burner everywhere, and “systemic racism” is the purported problem. These are the immediate facts: A black man was murdered by a white police officer, protests resulted, and those protests erupted into violent, murderous riots. That seems to demonstrate a deep racial divide and seething hatred, at least if you buy into the narrative. With a little digging, though, a different story emerges. Importantly, the riots themselves were not “angry blacks” getting violent, but were a coordinated effort by radical leftists bent on destroying capitalism and American society, using protests as cover.

There was a time when racism actually was built into the system, first with slavery, then with Jim Crow Laws, at least in the southern states with overwhelmingly Democratic party administrations. Those state and local governments were the system. One of the positive aspects of the Civil Rights Acts of the 1960s was the abolition of such laws. No longer could the law be used to oppress blacks or other minorities.

Since the 1960s, race has become much less of a factor, and in most of the country, race relations are good, but there are a few more facts that help to understand the present situation. Black youth tend to fail and drop out of school more than their counterparts in other races. A lower proportion of blacks graduate from college and university. A higher proportion of black people are poor. Slums in large cities tend to be composed primarily of black people — and young black men in those cities, about 6% of the U.S. population, commit almost half the violent crimes in America. A host of such statistics demonstrate that the black community is not doing so well overall. The American left is more than happy to attribute it entirely to systemic racism, white privilege, and oppression of blacks.

Thomas Sowell, a black economist who grew up in Harlem during the Jim Crow period, spent a good deal of his prolific career studying and writing about race. If anyone knows about race and the plight of black people, it is he, a veritable walking encyclopedia, even in his advancing years. Debate him at your own risk, and he’ll take all comers. His research shows a different picture, which is certainly not politically correct.

He found that poor blacks in America indeed suffer from systemic problems, but not based on racism. Sowell makes the case that many of the programs instituted under the Civil Rights Acts, especially Affirmative Action, actually hurt blacks, in spite of good intentions. They provided an excuse for failure, citing white oppression as the cause of everything bad that happens to them. Perverse incentives of the welfare state result in 70% of black babies being born out of wedlock, and such fatherless households the cause of much of the poverty and high crime rates. These and his other arguments can’t be ignored.

The irony of current circumstances is that leftist Democrats, who make the charge of systemic racism, are and have been overwhelmingly in control in the worst areas. The left is, in fact, predominant in every major institution in America, from education to Hollywood. If you buy into systemic racism as the problem, you must then also accept that Democrats are racist and they hate blacks.

Another fact is that, if you cite racism as the cause of everything, if you incite racial hatred and division, and if you don’t recognize that some blacks are also racist, then you are actually a racist. Let’s all stop dividing and start to actually understand and solve problems.