Systemic Racism Is Real, But Not What You’ve Been Told 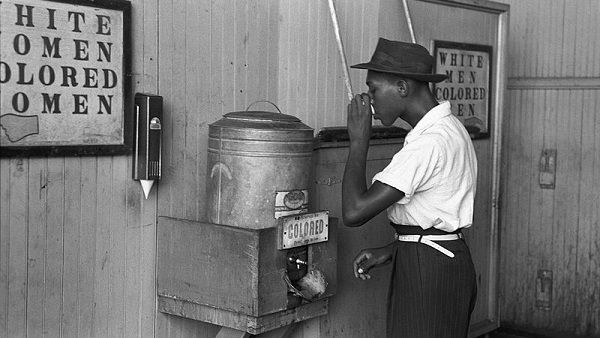 Let’s talk a little bit about ‘systemic racism’. That’s a rally phrase for the left and a wretch phrase for the right, probably because of the way the left shoved it down the throats of the country.

But let’s think about the words. Do systems exist? Are we just individuals, solid nuclei making our way through the void or does our culture guide us? Are we influenced by film, books, social media, music? Are those things influenced by ideas?

How about laws and institutions? Do they matter?

Of course they do. There are systems. Computer systems, market systems, political systems, cultural systems. These all affect things.

Does it matter that Margaret Sanger created a powerful institution which quickly co-opted the high places in our ruling class, usually via the wives, painting fearful pictures of ‘lower breeds’ run amuck with uncontrolled birth rates? And to this day her clinics cluster near black neighborhoods. Did that have any effect? Were babies who might have done good for their communities lost? Were women traumatized? Were sexually predatory men absolved of the normal bonds of responsibility?

Numerous economic policies were enacted with the full and open understanding that they were intended to stop the flow of black people from the South to the North to ‘take the jobs’ of white workers. Seniority systems disadvantaged newcomers. So did various forms of extraneous occupational licensing including apprenticeships, which often depended on social and familial ties. Ditto for political patronage jobs. Any network system as opposed to pure competition system favored older networks over newcomers.

What about zoning laws which we know were used to keep poor blacks from subdividing larger suburban homes to accommodate extended family or tenants? Systemic and racist.

How about culture? As Myron Magnet pointed out in the Dream and the Nightmare, culture makers at the top glorified sexual chaos and drug usage. But the beatniks, and later hippies, had richer daddies with better lawyers, more access to rehab, more of a safety net. But when these ideas hit the poor, they were far more devastating. Are cultures part of the system? Does culture matter?

Does our culture which glorifies atomization and demonizes restraint have any consequences? Do the consequences fall equally upon those with and without social and financial capital?

Of course there is systemic racism. And the fact that this term has been weaponized by the same people whose fingerprints are all over this system doesn’t mean that the idea must be forbidden, blocked out, denied. The fact that toxic race hustlers have cornered the market in this discussion is no reason to shut the market down. It’s a reason to compete with better ideas.