The Only Good Economic Model 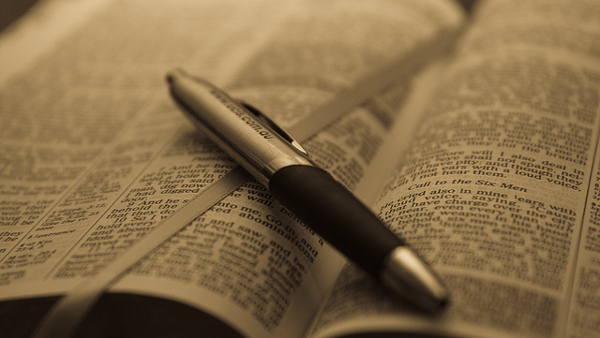 In essence the only good economic model and practice has God at the center; God’s Law, which is the Natural Law of economics. The American Union developed this understanding and behavioral pattern in the 1600s and 1700s. The Puritan clergy and merchant parishioners forged a moral commerce through the decades of the late 1600s and early 1700s which embedded Biblical morality into business and industry. As theologian Mark Valeri divulges, “By the 1740s, it was a given: God had made the laws of commerce; they were instruments of providence.”[1] These laws centered around the free trade between His favorite creations – His free children.

As a result, a real market economy is not the manipulation of currency; as, unfortunately, America’s has become. A real free-market economy is one of free trade between free individuals making free decisions of buying and selling to each other to meet their needs, wants, and requirements. As columnist Jude Wanniski eloquently wrote in 1975, in reference to economists Robert Mundell and Art Laffer economic hypothesis:

A most important thesis, again one that cuts against the predominant thinking, is this: When money supplies and currency exchange rates change, the terms of trade remain unchanged. Somewhere at the root of our economic policies of the past several years lies exactly the opposite assumption.

Put simply, what Mundell and Laffer say is this: If a bushel of U.S. wheat can be traded for a bottle of Italian wine when $1 equals 100 lire [the Italian currency prior to the Euro], then, even though the United States devalues the dollar so that it is only equal to 80 lire, the bushel will still trade for the bottle. There may be a temporary confusion, which economists call “money illusion,” but it is only temporary. That is, the U.S. farmer may temporarily accept 80 lire in payment for his wheat, because it still equals $1 – and his first interest is in dollars. But when he discovers that $1 is now worth only four-fifths of the bottle, he will insist on getting $1.20 worth of lire so he still gets the whole bottle. As a result, the dollar price of U.S. wheat goes up by the full amount of the devaluation. Or the lire price of Italian wine goes down.

It is thus the contention of Mundell and Laffer, borne out by considerable empirical evidence, that devaluation has no “real” effects, but results only in price inflation in the devaluing country relative to the country or countries against which the devaluation occurs.[2]

Essentially Wanniski’s summary of Mundell and Laffer is David Ricardo’s thesis of comparative advantage put forth in his 1817 essay on free trade, On the Principles of Political Economy and Taxation. Commerce and wealth are based on production, the factors of production, and the free trade of goods and services—not currency.

French epistemologist and enlightenment philosopher Étienne Bonnot, Abbé de Condillac, wrote in 1776 an eloquent and succinct description of the free-market. “When trade is perfectly free, the quantity and the need are apparent in all the markets,” illuminates Bonnet, “Then goods put themselves at their true price, and plenty spreads equally everywhere… But when one has once taken all freedom from trade, it is no longer possible to judge.”[3] Étienne de Condillac, not surprisingly, directly influenced Carl Menger, the father of Austrian economics, as well as, the economic sage, Murray Rothbard.