Why Black Lives Matter To Me 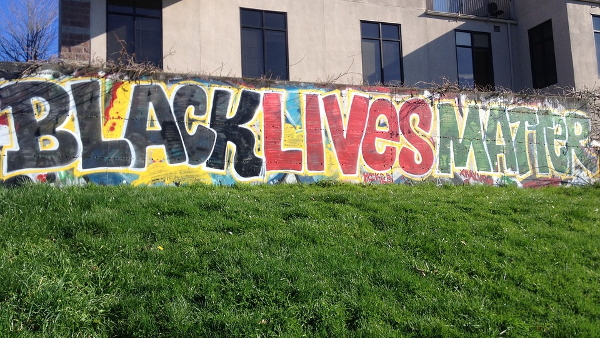 Black lives matter to me, a lot. I have many friends whose skin color is different from mine, and each one matters to me. “Black Lives Matter,” the organized movement, also matters, but for a different reason. I have studied socialism, fascism, and other isms, including capitalism, for decades. It is obvious that Black Lives Matter has been organized not because black lives actually matter, but because blacks can be used by the Marxists who lead BLM to advance the class warfare narrative and justify violence and revolution.

Black lives do matter, but not just those of criminal thugs who are almost invariably the ones suffering violent encounters with police, those which BLM focuses on to enrage the population. The thousands of innocent blacks who are murdered every year at the hands of other blacks matter more and should be the focus of those concerned with the safety of the black population.

The original justification for BLM is that more blacks are killed by cops than whites, which is flat out dishonesty. In raw numbers, more whites are killed by the police than blacks, and, though a higher proportion of the black population overall is killed, as a proportion of actual violent crime committed, they are not. If you are involved in violent crime, or if you are aggressive toward police officers, your chances of violent encounters skyrockets, whatever your skin color.

Some blacks have said that they fear for their lives when they are pulled over by police. That is understandable, given the ridiculously one-sided media coverage, but it is entirely irrational. With very few exceptions, if you are not a violent criminal and if you don’t get aggressive with police, your chances of getting killed or injured is pretty much a big, fat zero.

There is, however, a sad fact that we must deal with. I have written about it before, but it bears repeating, because the BLM narrative is being constantly and dishonestly hammered into our heads. Young black males, about 6% of the population, commit about half of all homicides, and about half of all violent crime, and it is highly concentrated in cities that have been run for decades by so-called liberal progressive Democrats, many with black administrations from mayor on down. They are the ones who are also pushing the BLM narrative to deflect attention from the glaring fact that those administrations have been hurting black lives for a very long time. Racism?

Some race disparities in opportunity still exist, but there is a world of difference between the situation now and what it was 60 years ago. That is an achievement to celebrate and build upon, not tear down. Something does have to change, but the Black Lives Matter movement gets it wrong. Ordinary, compassionate participants in marches are simply mistaken, but the BLM leadership is purposely deceptive, firing up emotion based on an utterly false narrative.

It is not only disappointing, but also quite disturbing that so many corporations and organizations are bowing down to and actually funding an organization whose objective is to destroy them, American society and the economy, who, along with their brothers-in-arms, Antifa and other anti-capitalist thugs, destroys the lives and livelihoods of thousands more black people. We need to come to grips with the fact that Black Lives Matter is a front for socialist revolution. BLM doesn’t want to end racism, it doesn’t want to end division. It wants to inflame hatred because, as with all such movements, left or right, hatred and division are the keys to power. It’s time to love our neighbor and to heal this country, and it’s time to show that all black lives really do matter, not just the politically convenient ones.