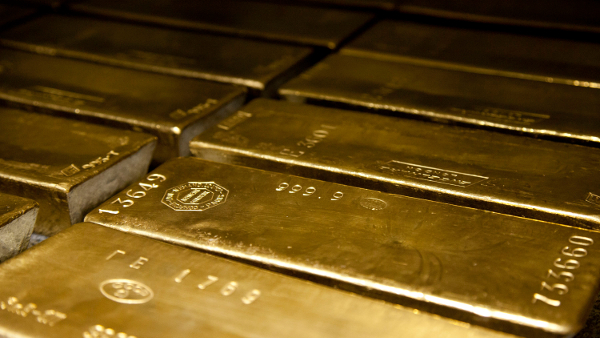 If Tom Brady wanted, he could be the NFL’s fastest player. His personal trainers or someone on the Tampa Bay staff would simply need to redefine two seconds as one second, at which point Brady’s 6+ second 40-yard dash time would be 3 seconds. NFL’s fastest man like that!

To which the half-awake would gently point out that changing the length of the second wouldn’t alter Brady’s speed one iota. He’d still be one of the NFL’s slowest quarterbacks and players. A second is just a measure. Changing the measure doesn’t change reality. So very true.

Too bad economists and politicians don’t understand what is so basic to the densest of dense sports fans. The dollar, like the second or foot, is just a measure. Movements in its value don’t alter the real price of anything.

Some may respond that gold has “soared” since 1970. In truth, the dollar has sunk in value. Gold has long been a way to measure the value of money precisely because its value is so stable due to unique stock/flow characteristics. As 19th century free thinker John Stuart Mill explained it about gold, it is “least influenced by any of the causes which produce fluctuations of value.” That’s why currency regimes around the world have for centuries gravitated toward the yellow metal as their definer. Since it generally doesn’t move, movements of gold in the currencies in which it’s priced signal a decline, increase or stability in the purchasing power of the currency.

So when gold moves up in value in dollars, that’s merely a sign that the dollar’s purchasing power is shrinking. Though President Richard Nixon delinked the dollar from 1/35th of a gold ounce peg for good in 1973, he didn’t erase the gold signal. His move signaled that the Nixon administration wanted a weaker dollar. Markets complied. The dollar price of gold rose throughout the 1970s under Presidents Nixon, Ford and Carter. The economy performed badly, at least by U.S. standards. That it did was a blinding glimpse of the obvious.

To understand why, never forget that no one earns money. They earn what money can be exchanged for. The dollar’s devaluation in the 1970s signaled a major tax on work simply because the dollars earned while working were exchangeable for fewer and fewer market goods.

For businesses, much the same was at work. To this day it’s assumed that devaluation improves prospects for businesses. No, they earn dollars. Devaluation shrinks the value of their earnings. After which, no business creates products or services without global cooperation. Something as basic as the pencil is a consequence of global production.

And then there is investment; the driver of economic progress. Investors invest by purchasing shares or lending money, but no one invests dollars; rather they shift resources to someone else or some other corporation in the hope of attaining greater resource access (an investment return) in the future. In other words, they hope to get back more wealth than they committed to said venture. But if the dollar is devalued, so by definition are investment returns devalued. Investment is what enables greater productivity among those who comprise any economy, but if policy favors devaluation, investment becomes less enticing.

If the currency is in decline, as in if monetary authorities are shrinking its exchangeable value, there’s a tendency to protect what’s being devalued. Translated, investors hedge against inflation, which is currency devaluation.

Looked at in terms of the dollar and gold, the dollar has always merely been a measure of wealth facilitating the exchange of the goods, services and labor that represent real wealth. And while the dollar is still the world’s currency, the measure has shrunk substantially since the 1970s versus the constant that is gold.

During weak dollar stretches since 1973, a great deal more money has found its way into hard assets like land, housing, rare stamps, art, gold, and other commodities least vulnerable to the dollar’s decline. Translated, wealth that already exists does best during periods of devaluation. Think the 1970s. Think the 2000s. Investment, which is the purchase of uncertain future returns, doesn’t do as well during periods of devaluation. Why risk stretching for uncertain returns if, assuming you get them, they come back in dollars exchangeable for fewer and fewer goods, services, and labor?

Fast forward to the present, Donald Trump has made plain since before he was president that he wanted a weaker dollar. Currency markets have complied over time. As previously mentioned, a dollar purchased 1/1200th of an ounce of gold in January of 2017 when Trump was inaugurated. Its value has slowly declined ever since.

The decline hasn’t crushed the economy, but it’s made the purchase of existing wealth like housing more and more attractive a la the 1970s and the 2000s. People have been consuming wealth that already exists in slowly higher amounts over investment in the creation of future wealth. This is the definition of slower growth. Consumption is the easy part. It’s the abstinence that drives progress as new ideas are invested in.

Right now the yellow metal is at all-time highs. Which means the dollar is at all-time lows. This will slow investment, and with it, the economy. If it continues, it will destroy the economic portion of Trump’s presidency much as it did those of Nixon, Carter, Bush 43, and Obama.