Equality Of Outcome Is Marxism 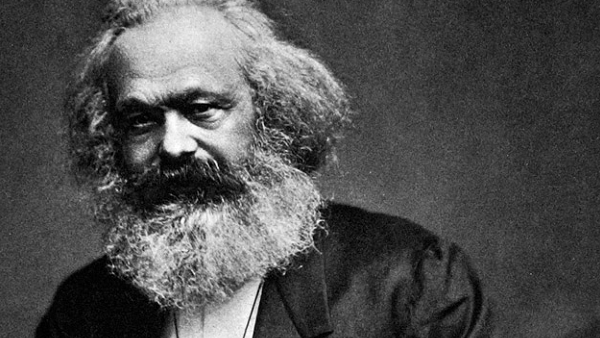 It is absolutely absurd to try to have some central authority managing the exchanges and outcomes of Americans in order to achieve equality.  It is extraordinarily better to allow the “impersonal forces,” as economist Friedrich Hayek describes them, to impartially select winners and losers without regard to any personal favors or bias, which a central planner would ultimately have. To design the system is, by default, to design bias because it has to go through a designed selection process. But when these inequalities occur naturally as a result of free actions by individuals “and not deliberately imposed by authority”[1] the best possible, although not completely equitable, outcome will occur, and more importantly learning will take place.

The drive behind someone like President Franklin Roosevelt against economic inequalities is “no more than an expression of dislike of the present state of affairs” but “hardly more definite than the phrases ‘common good’ or ‘social welfare.’”[2] Like Marx and Engels’ infamous book, The Communist Manifesto, it gives us no solutions, no mechanisms, no means of decision – it gives us nothing. “All [equality] tells us in effect is to take from the rich as much as we can.  But, when it comes to the distribution of the spoils, the problem is the same as if the formula of “greater equality” had never been conceived.”[3]

Equality tell us nothing of what is a fair price, a fair wage, a fair amount exchanged for another amount, value on quality, or any other such decision. In fact, the great economist Ludwig von Mises noted, “Karl Marx believed that capital accumulation was an obstacle. In his eyes, the only explanation for wealth accumulation was that somebody had robbed somebody else. For Karl Marx the whole Industrial Revolution simply consisted of the exploitation of the workers by the capitalists.”[4] Marx reveals the shallowness and immaturity of his thinking; as all the while, in the United States, the middle class was gaining wealth at a substantial level – significantly higher than any time in human history.

Moreover, the accumulation of capital and ownership of property, which Marx despised and criticized both, was at the core of wealth creation and individual prosperity. The renowned Nobel Prize winning economist Sir William Arthur Lewis explains:

Capital formation is one of the conditions of economic growth, and the existence of a law of property is one of the conditions of capital formation… For if a resource and its fruit could not be protected against the public at large, it would certainly be misused, and hardly any person would find it worth while to invest in its improvement…[U]nless we match differential effort with differential reward, men are unlikely to take the trouble to develop their talents and resources to the utmost of their capabilities.[5]

While wages are central to the collectivists’ ploy to control the economy, wage control does nothing to help the wage earner to gain any economic ground. If wages are falsely increased higher than free-market wages, one of two phenomena will happen. Either fewer people will be employed – higher unemployment, or prices of goods and services will increase eliminating any increase in buying power. Therefore, prices will tragically rise faster than wages increase, thereby, making the situation worse for the wage earner; and worse yet for the unemployed as prices increase on them when they have no wage whatsoever. Then, employers will maintain only a certain percent of their costs in the form of wages; therefore, they will simply employ fewer wage earners, as they become tighter with their earnings and capital outlay to protect their own economic situation.

In 1817, David Ricardo articulated this situation very well, explaining even the fool’s errand of the government injecting more currency and credit into the system. Ultimately, this destroys wealth in the form of giving a strong disincentive for capital outlay and expansion, and most often an expansion of entitlements which is capital (that is, property) forced from other parties – which means it is removed from the abilities for economic expansion – given to other parties where the capital has done next to nothing to create wealth, with a certain percent being lost due to inefficient government transactions. Ricardo writes:

Like all other contracts, wages should be left to the fair and free competition of the market, and should never be controlled by the interference of the legislature.

The clear and direct tendency of the poor laws, is in direct opposition to these obvious principles; it is not, as the legislature benevolently intended, to amend the condition of the poor, but to deteriorate the condition of both poor and rich; instead of making the poor rich, they calculated to make the rich poor; and whilst the present laws are in force, it is quite in the natural order of things that the fund for the maintenance of the poor should progressively increase, till it has absorbed all the neat revenue of the country, or at least so much of it as the state shall leave to us, after satisfying its own never failing demands for the public expenditure…Unfortunately however they have been so long established, and the habits of the poor have been so formed upon their operation, that to eradicate them with safety from our political system requires the most cautious and skillful management.[6]