Good And Bad Behavior Are Both Habit-Forming 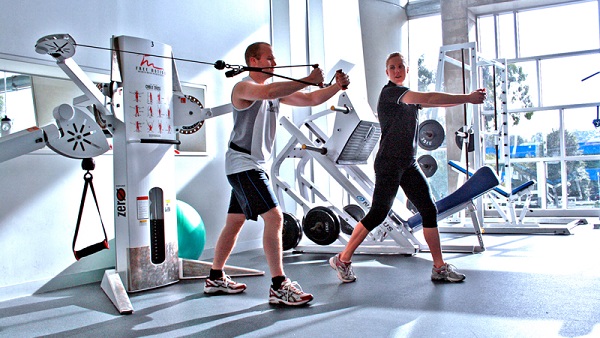 In Laura Ingalls Wilder’s Famer Boy, there is a story about Almonzo and his father going fishing—especially about the effort it required to decide to fish.. It begins thus:

Sometimes he woke in the morning and heard rain drumming on the roof. That meant he and Father might go fishing. He didn’t dare speak to Father about fishing, because it was wrong to waste time in idleness. Even on rainy days there was plenty to do. Father might mend harness, or sharpen tools, or shave shingles. Silently Almanzo ate breakfast, knowing that Father was struggling against temptation. He was afraid Father’s conscience would win.”

“Well, what are you going to do today?’ Mother would ask. Father might answer, slowly:

“I did lay out to cultivate the carrots and mend fence.”

“Well! It’s too wet to work outdoors. What say we go fishing, Almanzo?”

I suspect that many modern readers agree with Almanzo that his father was wrestling with his conscience—that he thought it was a sin to go fishing. But the fact that he regularly took his son fishing refutes that explanation for his father’s internal struggle.

There are other explanations that are more likely. First, he probably had to estimate if the work that was possible while it rained could wait or if he would regret not getting it done. Second, since he would enjoy fishing more than the work, he also had to calculate if that preference was biasing his estimate. Thirdly, the book shows the father being diligent in training his son to be a hard worker. So, even though he wanted to go, he probably made a show of being deliberate. His wife helped him in performing a drama for Almonzo’s benefit.

But I suspect, to many readers today, the trouble Almonzo’s father had with the decision still seems strange and unhealthy.

This powerfully struck me a few years ago when I read a social media post on Instagram by a strength-trainer and powerlifter who was also a mother, wife, and homeschooler. She wrote about a day in which she had a lot to do. it was also a day when she was supposed to do her barbell squats and other lifts.

So she cried because she didn’t want to do it. She felt like she couldn’t do it. But she sort of HAD to do it.

So she did it. And her day (that time) didn’t become as unmanageable as she feared.

I am sure some people read that and thought, “Why did she get so upset? She should have just taken a break and not worried about training that day.”

A productive habit can seem neurotic to an outsider. It looks like a compulsive behavior that causes unhappiness.

Proverbs has a lot to say about harmful compulsive behaviors.

Allegedly, rational self-interest should motivate people to stop drinking too much or to work when it is good for them to do so.

But habits create their own feedback loops that can mess with rationality. Though people can break free of bad habits and develop good ones, it takes effort. For the same reason a bad habit makes the behavior easy, behaving differently from the bad habit is difficult.

But virtues or good habits generally work the same way: “A worker’s appetite works for him; his mouth urges him on” (Proverbs 16:26 ESV). It becomes difficult for a worker NOT to work. He has gained the habit. Also, since he remembers the effort it took to establish them, a person knows that good habits, once broken, are difficult to re-establish. Legitimate excuses can breed bad habits and weaken good ones. So when someone with a “work ethic” starts to get sick or has something else happen, one feels compelled to maintain one’s normal practice. “Taking a break” from work, even for a good cause (like recovering from an illness), takes effort and usually involves negative emotions.

To an outsider, it may look crazy. “Why don’t you just call in sick?” he asks.

Good habits are not qualitatively different from bad habits. They’re every bit as much a compulsive behavior and they can sometimes get in the way of other goals and duties (though usually not nearly as often as bad habits).

You adopt good habits precisely because no one always rationally analyzes his goals and duties to make day-to-day decisions. We are driven by compulsions, and a large part of our freedom is to engage (or not) in those brief spurts of effort to create a compulsion that will be, on balance, more healthy than what will probably happen in the absence of such compulsive behavior.

Going to the gym is more like alcoholism than anyone wants to admit.

As I argue in my book (Amazon, Kindle), Solomon’s Proverbs are aimed at getting people to adopt good habits and avoid and break bad habits. Knowing what you should do is not enough. You need to develop that habits that will lead you to do what you know you should.

When you develop habits, you are being an entrepreneur. You are looking at the future and deciding what kind of person to become more like. What will make you a better spouse, parent, employer, or leader? But you are taking a bit of risk that you will have to manage. First, developing the habit takes time, attention, and energy that could be devoted somewhere else (though, let’s be honest, passing up a Netflix binge won’t really harm you). Then later, a situation may arise in which your habits are not productive. A person that has practiced keeping his mouth shut (Proverbs 17:21; 29:20) may be in a situation in which he is morally obligated to speak up (Proverbs 29:24). In such situations, you will have to perform triage on your habits and recover them later.

But that’s the human condition. You are not a robot. You are not a logic machine. Rather, you are a self-training animal. You will either sacrifice for good habits and deal with the costs while you reap the rewards, or you will fall into bad habits and wonder why you eventually become miserable.

People who don’t think they need to train themselves in good habits derail their life outcomes. By trying to serve themselves, as a bundle of drives and desires in the present, they end up hurting themselves. They mistake what they feel like doing for what they want in the future. Perhaps they rationalize that the future will never come. Then it arrives.