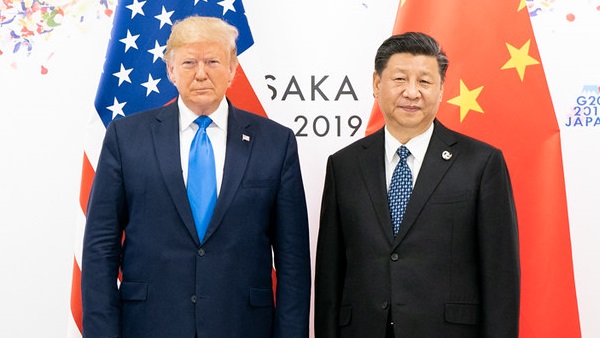 President Donald J. Trump joins Xi Jinping, President of the People’s Republic of China, at the start of their bilateral meeting Saturday, June 29, 2019, at the G20 Japan Summit in Osaka, Japan.

Maajid Nawaz, a British moderate Muslim activist, has begun a hunger strike to protest China’s abuse of religious minorities. He has also organized a petition that, if successful, could lead to Britain imposing sanctions on China.

While the media is distracted by petty political controversies, China is committing a cultural genocide. Their focus of annihilation has been the Uighur Muslim minority, but other religious groups such as Christians and Buddhists have also been subject to unimaginable conditions. Religious minorities are paraded into labor camps, sterilized, and forced to undergo abortions. And if that’s not shocking enough, an international tribunal in 2019 found that “forced organ harvesting has been committed for years throughout China on a significant scale,” and that this program was “of unmatched wickedness — on a death for death basis — with the killings by mass crimes committed in the last century.” Some of these prisoners have their organs harvested while they’re still alive.

These atrocities are apparently routine in China. The mainstream media pays almost no attention to the atrocities going on in China, preferring to obsess over the latest Trump controversy. But if we can shift our concentration away from those and to the concentration camps, we will find that a massive abuse of humanity is happening at the hands of an imperial government.

This is to say nothing of their transparently authoritarian, violent take-over of Hong Kong. Or their complicity in the spread of the coronavirus. China is not merely a threat to international peace, but a threat to any citizen who does something the Party determined they should not. The plight of religious minorities in China has, so far, not been a policy priority for Western governments, or a focus of our media. Maajid Nawaz’ hunger strike is a courageous and admirable effort to bring attention to this cultural genocide and impose sanctions on the Chinese government. The British government, and our own, should listen to him. China’s systematic abuse of religious minorities cannot be ignored.