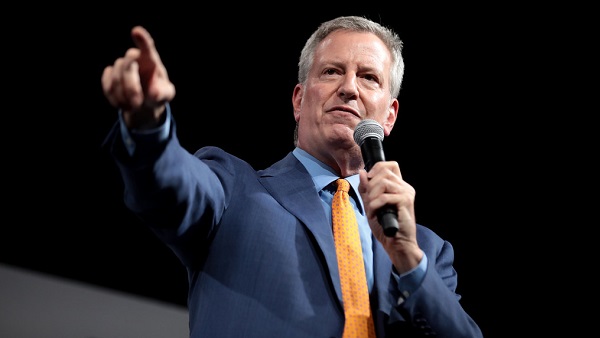 Americans like to believe that they are unlike the people of Russia who succumbed to the oppression of Communism, Germans who surrendered to Nazi rule, or Venezuelans who gave in to Marxism.

They believe that the legacy of fighting for freedom in the Revolution, for the liberty of all in the Civil War, and victories over tyranny throughout the 20th century provided the knowledge, courage and tradition to avoid the fate of others throughout the world who fell to oppression.

Equality under the law is a central aspect of freedom for Americans, and the rejection of that concept is characteristic of authoritarian governments, where leaders are held to be immune from common justice. But that concept has been successfully challenged by many significant politicians who have violated laws with impunity. Providing what amounts to immunity from prosecution is a hallmark of totalitarian regimes, and has now become a key characteristic of progressive American politicians and leftist activists.

An educational system dominated by Progressives and Leftists eliminated the memory of the American legacy of judicial equality from their young. That problem is exacerbated by Hollywood, social media giants and corporate leadership who in general are dominated by those with the dream of making a treasure in the Chinese market. They have sold their souls to appease Beijing, and do so by betraying distinctly American ideals such as free speech.

This altered paradigm rose to exceptional prominence during the Obama Administration, when whole portions of the federal government were unlawfully engaged for partisan politics. That practice also extended to individuals who held significant positions. Hillary profited from the sale of the basic ingredient of nuclear weapons to the Russians. John Kerry continues to advise Iran on how to evade U.S. policy.

A crucial step in replacing a freedom-centric paradigm with a socialist, authoritarian model is destroying the institutions that safeguard personal liberty. Freedom of speech, the right to bear arms, the limitations on federal authority, all of these crucial provisions within the Bill of Rights are under constant and substantial attack by the Left.

The first step is trying to convince the citizenry that they are not free, and require an overwhelming change, an absurd notion in the United States, but one which the left increasingly propagates. Ryan Cooper, writing in The Week, provides a clear example of this socialist thinking: “Americans are in fact an extraordinarily unfree people, oppressed and downtrodden on all sides, and have generally just sat and taken it. This is in part because our typical notion of freedom, based entirely around the ability of the individual to do what he or she wants free of government interference, is a preposterous fiction.”

New York City has proven to be a prime testing ground. Mayor Bill de Blasio, (who cheered on the Soviet Union when it placed combat weapons in Nicaragua and honeymooned in Cuba) has moved expeditiously, supported by a hard-left dominated City Council. He has unlawfully used city property to advocate Progressive causes. Astoundingly, he has decreed that gatherings be banned, except for those he politically approves of. He has attacked and demoralized nonpolitical centers of influence, including the Police Department and religious institutions.

Delegitimizing duly elected government is another example. The Chaz district in Seattle, which invaded and occupied an entire community (including a local police precinct) was a direct challenge, similar to the firing on Fort Sumter. The refusal by state and local government to move against the Seattle Secessionists speaks volumes about the mindset of Leftist elected officials.

Crucial to the Left’s success is eliminating any center of influence or power not subservient to them. That explains the ongoing vicious diatribes against any politician, pundit, or community leader, Democrat or Republican, who differ in their views. It also explains the unprecedented assault against religion. The wave of arson against churches and the rampant anti-Semitism are due to this.

Pitting one segment of the citizenry against the other is a crucial step in the Left’s drive. Progressives have succeeded most spectacularly in diverting attention from their assault on freedom by distracting the citizenry through resurrecting racial disputes that had been largely abolished a half century ago. Ben Shapiro writes:

“The philosophy of division is a philosophy that derides any notion of American unity as a lie, and bathes that which links us — Abraham Lincoln’s ‘bonds of affection’ and ‘mystic chords of memory’— in acid, disintegrating our ties and casting us all adrift. I call this strain of thought ‘Disintegrationism.’ In order to argue that America’s philosophy is wrongheaded, her culture diseased, and her history evil, Disintegrationists …home in, in excruciating detail, on America’s sins, …but rob that history of all context or subsequent history. Exploitation is a feature of every human society, and repeated mistreatment by some groups of other groups is a similarly common feature…It is simply undeniable that capitalism, founded on protection of property rights — the ideology of the Founding Fathers — has been uniquely successful in spreading peace and prosperity both domestically and around the globe.”

Progressives, in their bid to gain power, have threatened individual rights as nothing before in this nation has.