A Few Of The Many Reasons To Celebrate The United States 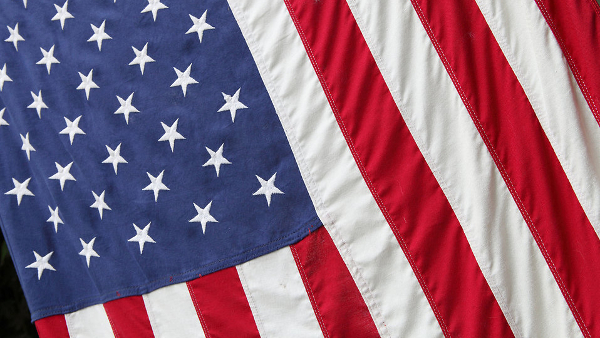 The U.S. is defined by fierce individualism. Sorry, but we’re not “all in this together” in the Land of the Free. In truth, the inspiring idea that led to the U.S. was the rather novel notion that a very limited government would exist to protect the rights of individuals to live as they want. People would be free to conform, rebel, or somewhere in between so long as their pursuits didn’t trample on the rights of others.

Crucial is that this elevation of a “live and let live” ethos proved a magnet for the world’s strivers. They risked it all, including crossing oceans, for the chance to be a part of a great American experiment rooted in freedom. The ability to live and think freely overwhelmed the very real possibility that they would die before getting the chance to.

All of which speaks to another reason to celebrate America: its very existence rejects so much conventional wisdom. For the purposes of this piece, the narrow focus will be on why the U.S. mocks all the hand wringing about inequality, and the laughable contention that the gap between the rich and poor harms the poor.

The United States is living proof of why this isn’t true. Indeed, it would be hard to find a country more wealth unequal than the United States. To be fair, massive inequality was the U.S. design. See fierce individualism yet again. If the individual right to freedom of thought and action was going to be protected, it was only natural that some courageous enough to take their talents here would achieve in amazing ways. And so they have. Great wealth has always defined the U.S., and it does to this day.

Yet the world’s poorest keep risking it all to get here, don’t they? Ronald Reagan used to say something along the lines of “facts are stubborn things,” and the facts are that the world’s poorest continue to flock to what is one of the world’s most unequal countries. That they do thoroughly wrecks the popular narrative that wealth inequality harms the poor, and/or that they’re inflamed by it. In truth, they take huge risks in order to live and work where inequality is greatest.

If anyone doubts the above assertion, consider where the poorest Americans migrate to once they’re in the U.S. It’s rarely Buffalo, Flint and Jackson, but often New York, Los Angeles and San Francisco. That’s the case given the basic truth that opportunity is greatest where the density of superrich is greatest.

It’s not just that the mass production of former luxuries by the rich (think cars, air conditioners, mobile phones, and computers) lifts our living standards in incredible ways, it’s also that the location of their innovations tends to be where other talented people cluster, only for the range of work options that lift all manner of skill sets to explode. The U.S. is a magnet for the world’s strivers because of its elevation of freedom, and freedom logically correlates with wondrous inequality as varied talents are free to showcase them in endless ways.

Which brings us to the third reason to celebrate the United States: its appeal to those with natural “get up and go” means that it’s the epicenter of entrepreneurialism. Think about it.

The U.S. is in so many ways separated from the old world of Europe and Asia. In an historical sense, it’s the distant new world. The act of leaving the past behind in pursuit of freedom and opportunity (as opposed to security) in the United States is and was the ultimate entrepreneurial act. Imagine leaving the known for a country that offers freedom, but not much else. Such a country would naturally attract the motivated, the visionary, the dreamers….

Having attracted those willing to risk it all just to taste freedom, it’s no surprise that so many Americans and their descendants have risked it all in a commercial sense. Populated by the motivated, those same motivated people regularly channel their herculean energy into creating new ways of doing things.

As a nation of people from “somewhere else,” these entrepreneurial wanderers restless in their search for better relentlessly bring the future into the present. Crucial is that they’re able to rush tomorrow to today precisely because they’re able to express their intrepid nature in a country that exists specifically to protect their right to do just that.

In short, it’s no speculation to say that the late Steve Jobs, who descended from Syrian immigrants, could never have created Apple in Damascus. Neither could Andrew Carnegie have revolutionized the steel industry in Dunfermline. The U.S. is where energetic dreamers become entrepreneurs precisely because the U.S. is where those who see the future differently are free to show why it will be different.

Thank goodness for the U.S. and its design that enables wondrous human flourishing. If the U.S. didn’t exist now, it would have to be invented so that a still primitive planet could be propelled into the future by human capital formerly suffocated by a world that cruelly lacked its most essential country. Let’s celebrate the U.S. indeed.