America Has Been “Fundamentally Transformed” 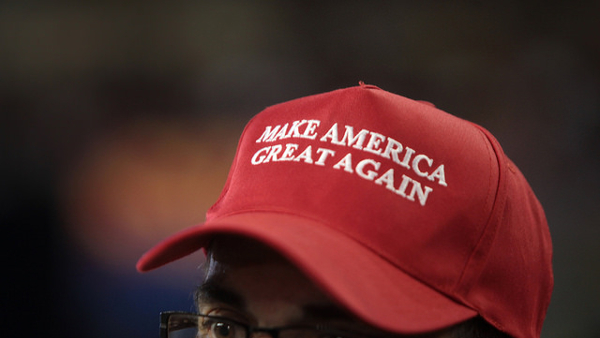 Monumental changes do not always occur with fanfare and explosive action. Sometimes, they take place gradually, a result of actions that initially appear relatively inconsequential but develop into extraordinary alterations in the very fabric of society. That is currently occurring in the United States. Since the 1960s, radicals have profoundly influenced education, journalism and entertainment.

At least two generations of U.S. students have been taught by educators who have an exceptionally negative view of the nation. Journalism, both traditional and online, has morphed from a profession that sought to objectively inform the public to one that preaches a left-wing party line. Hollywood has followed that move, as well.

The result is a nation profoundly divided and substantially divorced from accuracy in its news reporting and educational system, a society that has forgotten how it achieved unprecedented success and established the most open society in history. The left points out the horrors of slavery and segregation, but ignores the reality that those original sins, shared with the rest of the world, have been overcome.

All this has resulted in the rise to power and influence of politicians and pundits who would alter America’s successful path to one that resembles nations that have failed politically and economically.

The intensity of this underreported change is stunning. With all the power at its command, the media has hidden truths about the dangerous path the nation is taking, and those who are making that happen. Examples:

Antifa is a fascist/socialist movement, similar to discredited examples of the 20th Century.

Black Lives Matter has set back racial harmony in its pursuit not of equality, but to institute authoritarian Marxism.

The “Green New Deal” is less about the environment than about leftist economics. The Paris Climate accord it endorses would do little for the environment, but would wholly restructure the world economy in a manner that enriches Third World despots and impoverishes American workers.

Much of what you see on entertainment outlets is heavily influenced by Chinese money; much of what is taught on college campuses shares the same slant.

Anti-religion has become in vogue for the American Left. Keith Ellison, an ally of anti-Semite Louis Farrakhan, recently served as the vice-chair of the Democratic Party and now serves as the Minnesota Attorney General. In Florida, Front Page Magazine reports that an anti-Semite was named a Democratic Party National Committee person and was awarded the title of  “2019 Florida Young Democrat of the Year.”

Catholics are clearly in the cross-hairs of the left. Catholic nominees for appointed office have been harassed for their religion. The issue of Progressive anti-Catholicism has been growing. George Weigal, writing in Commentary noted that “[…] the editors of the [New York] Times thought it appropriate to warn the Catholic bishops of the United States that a too-vigorous exercise of their teaching office might destroy the ‘truce of tolerance’ that has permitted Catholics to operate in this country[.]”

Emma Green reported in The Atlantic that Michael Wear, the former director of Barack Obama’s 2012 faith-outreach efforts, found, “The administration was unnecessarily antagonistic toward religious conservatives[.]’” Evangelicals share a common fate with Catholics.

Free speech has become increasingly endangered. Senate Minority Leader Charles Schumer introduced legislation to weaken the First Amendment. Colleges throughout the nation openly intimidate and discriminate against non-leftist students. Merely wearing a “MAGA” hat or having any known connection to the Trump Administration makes one a target of physical assaults. It’s not the assaults themselves that are the most chilling; it’s the fact that many major politicians on the Left actually condone and even encourage these brutal attacks.

The nation has, indeed, been “fundamentally transformed.”