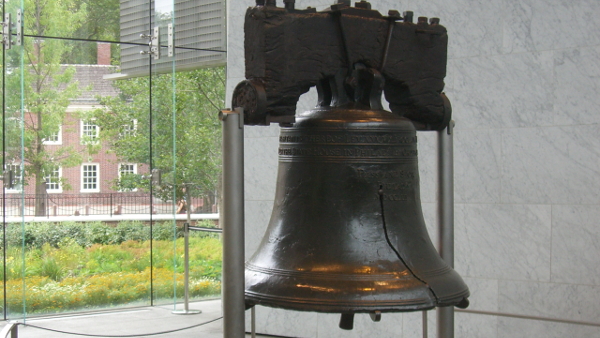 Deirdre McCloskey, professor of economics and history, has offered powerful insights for several decades, culminating in her multi-volume work with the theme of “bourgeois dignity.” She explains why, for most of history, poverty was so pervasive, and why the standards of living in western countries rose so quickly beginning in the late eighteenth century.

That reality is often attributed to the rise of capitalism, but I think McCloskey’s is a much more nuanced and accurate view. It is true that capital growth occurred at the same time that prosperity increased, but correlation does not necessarily imply cause. Something happened in the west several centuries ago that unleashed tremendous productivity growth, something that had not happened for the entire history of human civilization to that point. The accumulation of capital was the result of this change, and not its cause.

Capital is investment, and with those investments, people can leverage their own efforts and those of others to increase productivity. The investment reduces the amount of time needed to earn a living and to support a family, leaving more time for other things typically associated with a higher standard of living. Throwing money into an investment, however, is not productive in itself. Building pyramids or digging holes only to fill them up again might employ people and resources to do so, but unless more came from the efforts than was put into them, they are just wastes of scarce resources, a destruction of the real wealth of society.

The cause of the sudden and dramatic rise in the standards of living was what McCloskey calls innovism, as opposed to capitalism. A wave of innovation changed the way products were made and services were offered, and it wasn’t just a one time event. It was a change in the way that work and production was viewed.

That mentality of innovation was enabled by the increasing conditions of economic freedom, starting with the Dutch and spreading across Europe. Ralph Raico, the late professor of history, proposed that the relative freedom in those times, as compared to other regions, is attributed to the competition for the loyalty of the people between the kings and the Catholic Church, which was dominant at the time, and between the relatively weak kingdoms spread out over the continent. People could vote with their feet and go to less oppressive places.

The increased acceptance of liberty as a right of the people accompanied a change in view of merchants and business people. They gained a level of respect in communities, and as new goods flowed within and between countries near and far, the bourgeoisie or middle class sprang into being. With the newfound ability to accumulate at least some level of assets, people began to invest in labor saving machinery, but even more so, to become innovators, tweaking what already existed and doing things better and faster.

Competition, often seen as a cruel aspect of capitalism, is actually the one thing that leverages innovation in a society. As innovators improve their products and processes, they become more efficient. Competitors must then improve if they want to retain customers. Competition of the machine that generates improvement.

We in the west actually owe our standard of living to a quirk of history. The small, independent, relatively weak kingdoms of Europe of the time allowed the economic freedom necessary to spark the innovation revolution. That innovation, in turn, enabled more and more investment to produce more and better quality goods and services. That is a lesson for our present time. As governments get bigger and more authoritarian, that innovism among the middle class will fade, as powerful political connections become more important than making a better mousetrap. We can’t let that happen.