New Book About Jesus And Economics: An Excerpt 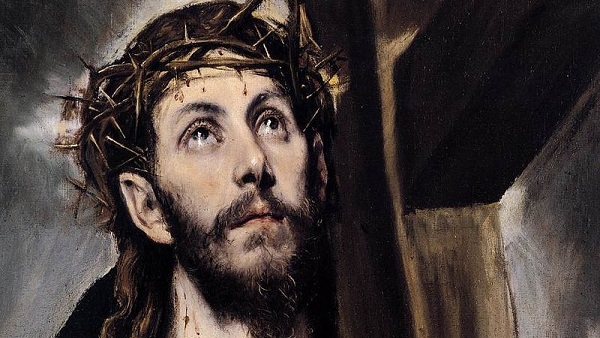 This is an excerpt from The Maker Versus the Takers: What Jesus Really Said About Social Justice and Economics, by Jerry Bowyer (New York, Fidelis Books, Post Hill Press, 2020)

This all started with a phone call to my radio show. A woman called in to attack me for not supporting socialism. “Jesus said that it’s easier for a camel to go through the eye of a needle than for a rich man to go to heaven.” The answer popped immediately to my mind: “But He said it about a senator, and you want to give senators like this even more money and power.”

So, it started two decades ago with a debate, but over time I grew hungry to do more than just win the argument or to merely defend my views against shallow attempts to use the Bible to discredit them. I grew hungry to understand what Jesus really was saying, if He was saying anything at all, about economics.

This book is written for people who share that same hunger, who really want to know what Jesus said about economics. It may seem too obvious to mention, but in order to have a Christian view of economics, we need to study what Jesus said about it. Unfortunately, a great deal of the Christian commentary on economics is based on ideas that have been broughtto the Gospel texts, rather than drawnout of them. I’ve been wrestling with these questions since I rejected Marx and embraced Jesus thirty-seven years ago. Since I was a Marxist before becoming a Christian, I gravitated toward reading books about Christianity and economics, particularly Christian refutations of Marx.

What I saw then is pretty much the same as I’ve seen since: people taking their best thinking and hanging it on a Scriptural passage. Folks on the left took their best thinking (which in my estimation then and now is not very good thinking) and hung it on some text from the Gospels or the prophets. They formulated a Marxian concept of justice and then simply read it into the text every time the word “justice” was used. You see, they first decided what was right and then concluded, since it was right, Jesus must have believed the same thing.

We free-market types had better economics but still tended to read our views into the text or, worse, attempted to shield ourselves from the text by spiritualizing away Jesus’s references to the poor or to debt. Some of us push Jesus’s economic message off to the distant future when He returns and the Kingdom comes.

Millennial Christians sensed a tension between Jesus’s confrontations with wealthy people on the one hand and the attempts of free-market advocates to explain them away on the other. Many of these millennial Christians mistakenly embraced what they thought was a left-wing Jesus. They clustered around the movement that came to be called “red letter” Christianity, a name that refers to versions of the Bible that print Jesus’s direct words in red ink. These progressives were saying to their conservative elders that they, unlike the conservatives, embraced Jesus’s actual words, including clear denunciations of wealth.

And that’s where we’re stuck, between “red letter Christians” and Christians who understand the true dangers of centrally planned economies but shy away from quoting Jesus’s tough talk about economic exploitation. This book will argue forcefully that Jesus’s denunciations of the wealthy are not calls for government expansions—on the contrary, they are denunciations of those who wielded expanded state power.

To get the blessings of Jesus, we must really want to know what He taught and to follow Him wherever He leads. I have tried to do that with all of my heart, soul, mind, and strength through deep dives into original languages and groundbreaking (literal and figurative) findings in the economic archeology of ancient Galilee, and careful study of the historical context of the Gospels via near contemporaries of Jesus, such as Philo, Josephus, the rabbis who wrote the Mishnah, early church fathers, and pagans such as Tacitus. At every point I thought I saw something, I asked God to show me what You really mean here and give me the willingness to drop a theory of mine, no matter how exciting it was or how well it would preach, if the text did not back up that theory.

What emerged from that process amazed me with its clarity. But what struck me more powerfully was the way that, over and over, in hundreds of ways, the details of the Biblical texts exhibited the same pattern.

What the Gospel accounts showed was a Jesus who was very concerned about economic exploitation, but whose economic denunciations were not broad, to-whom-it-may-concern condemnations of all wealth. Instead, He directed His denunciations in very specific geographical and socioeconomic ways, aiming His barbs at the exploitative members of the ruling class.

A close and careful reading of the Gospels allows us to fully embrace and quote the “red letters” of a Jesus who said, “Woe unto you who are rich…,” without going on to confuse Him with Che Guevara or Fidel Castro.

What you will see is Jesus confronting the takers of wealth, not the makers of it. He did this with such vigor and clarity, the ruling class who lived and worked in that nation’s capital saw Him as a threat to their system of economic extraction. That’s why they instigated His judicial execution by the Roman state. Elites failed to heed Jesus’s warnings about the ways in which the capital city and its ruling political/religious elite were courting disaster. Eventually, the economic problems Jesus warned about led to an economic collapse and the destruction of the capital city, Jerusalem.

You are about to meet a Jesus who really does have something to say about social justice, but not the kind of social justice people have been selling in His name.

That’s the theory. Now for the evidence.