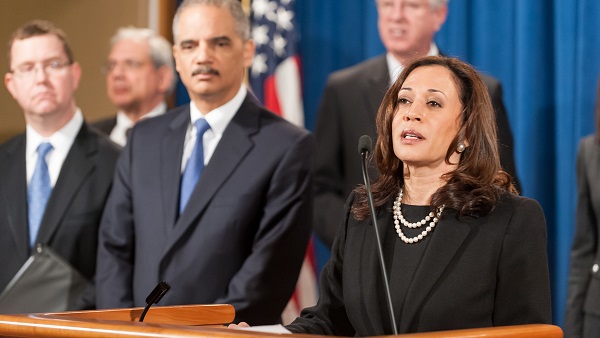 Joe Biden has picked Kamala Harris as his Vice Presidential candidate, which, for a man of his advanced age and evident declining mental aptitude in the midst of a pandemic, means he’s picked his co-president and in all likelihood his successor. Never in modern political history has a VP announcement been met with so much attention and fervor. When then-candidate Trump picked establishment Mike Pence as his VP, very few people cared. When Hillary Clinton picked establishment Tim Kaine as her VP candidate, very few people cared. Now that Biden has picked establishment Kamala Harris as his VP candidate, the media is in a state of barely-contained ecstasy. Their elation at this “historic moment” is so boisterous that the cold, political implication of Biden’s decision has been lost in the clamor.

But prediction markets, which are driven by those who care about getting a return on their investment, had some interesting things to say. Before the announcement, Biden had been given a 57% chance of winning the presidency. Then the announcement went out, and he jumped up to the low 60s. Since then, he’s dropped to his baseline of 57-58%. Why the sudden drop from the sudden jump? That’s where things get interesting. As of the evening of August 13th, Kamala Harris has a 7% chance of winning the 2020 presidential election. Which translates to an implied probability of 15% or so of Joe Biden dropping out or, God forbid, becoming incapacitated before the election.

It is not so much that Biden’s pick is good for his election chances, it is that the “Biden won’t make it to November 3rd” bet has been consolidated behind one individual. Before Biden’s announcement, that field was crowded: it could have been Hillary Clinton, it could have been Stacey Abrams, it could have been Susan Rice, it could have been Elizabeth Warren, it could have been Chris Cuomo. Now we know who would take the mantle if, for whatever reason, Biden drops. Depending on how much stock you put into these markets, there is a non-marginal chance, somewhere in the vicinity of 15%, that Biden will not be on the ballot on election day. This is a serious concern, and the media pays no attention to it.

Otherwise, the Kamala for VP announcement has had little perceptible impact on national politics, according to the betting markets. Democrats had a 60% chance of taking control of the Senate the day before she was picked, and a 60% chance the day after. The only point of actual significance here is that we now know who will take Biden’s place if he is unable to stick it out until Election day. Otherwise, in terms of real political calculus and not media hype, this VP announcement was like so many others: essentially meaningless.