America is not immune to the conditions that have allowed totalitarians to rise to power.

Black Lives Matter and Antifa have made threats and violence part of everyday American political life. Both organizations have successfully assisted in the support of officials, including mayors, governors, and party leaders, and have befriended corporate heads that ignore America’s tradition of nonviolent politics and cooperate with these thuggish groups. Yet, there has not been much discussion from the media or Congress about China’s support of the organization which has done so much to tear America’s races apart and provoke riots across the nation.

“… demands to defund the police are based upon allegations of systemic racism being thrown about by Marxist organizations, such as Black Lives Matter, which have burned cities, burned churches, destroyed private property, and terrorized American citizens… The call to defund the police is part of an agenda that seeks to create chaos and mayhem in the United States.”

Mike Gonzalez, writing in City Journal, has reported that “…the leaders of the Black Lives Matter organizations fueling this summer’s disturbances were trained by self-described Marxist revolutionaries who have long used the plight of black Americans as justification for overthrowing America’s constitutional order. They frankly admit that such ‘organizing’ is the key to their goal of world revolution…and the mainstream media cheers them on.”

Now, it has become apparent that America’s major enemy, China, is funneling funding to Black Lives Matter. A Heritage Foundation study, published in its Daily Signal publication, outlines the facts.

Fiscal evidence of Beijing’s involvement can be seen in a Black Lives Matter affiliated website, Black Futures Lab. It contains what at first appears to be a fairly standard request for donations. If one chooses to do so, the “donate” button must be pushed. That sends the donor to another site, belonging to the Chinese Progressive Association (CPA.)  That landing spot proclaims that the “Black Futures Lab is a fiscally sponsored project of the Chinese Progressive Association.”

Heritage’s research found that the CPA is, at its core, a group dedicated to promoting the interests of China’s government, and committed to replacing capitalism with an economic model based on Beijing’s pattern.

The relationship between the CPA and China is more than merely ideological. Heritage points out that the Boston chapter of the organization has joined forces with China’s Consulate General in New York on issues affecting Chinese nationals living in the United States. Beijing has sought to exercise influence on those who have fled their government, including imprisoning family members left behind.

The group also sponsored the raising of China’s flag over Boston’s City Hall to commemorate the Communist Party’s takeover of their nation.

The relationship between Black Lives Matter and the Chinese Progressive Association is more than just fiscal.  The two groups share an ideological vision of Communist economics and authoritative government policies that crush individual rights in an effort to implement that goal.

Criticism of Black Lives Matter is a far more hazardous undertaking than similar disapproval of other organizations.  Wholly inappropriate allegations are uniformly levelled that disagreeing with the group means that those expressing that opinion are racist. Individuals refusing to kowtow are not too infrequently subjected to violent personal attack.

The continued portrayal of Black Lives Matter as a quasi-civil rights organization by the media and politicians is completely wrong.  The time has come to recognize it for what it is: a Marxist revolutionary force supported by an enemy nation bent on destroying the social and political fabric of the United States. 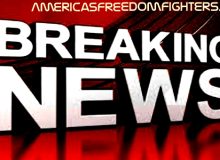