Just What Is It That Judy Shelton’s Critics Are So Afraid Of? 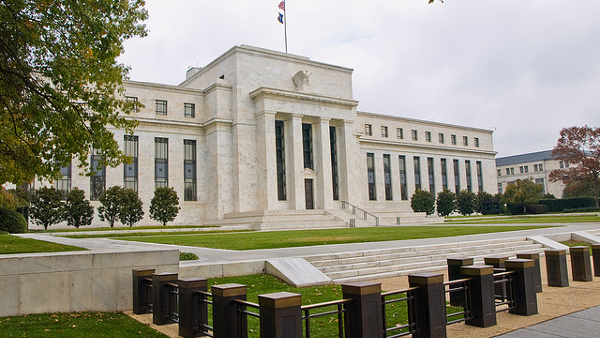 That the dollar continues to facilitate global exchange is a reminder of a simple truth that regularly eludes economists, politicians and pundits: no one trades money, lends it, or borrows it. Underlying any financial transaction is the flow of actual resources. Those who lend dollars are lending resource access to others, and those who borrow dollars are borrowing access to resources. Considering buying and selling, when a grocer accepts $50 dollars for various food items, the $50 is accepted precisely because it can be exchanged for goods of roughly equal value.

When we buy, sell, lend or borrow, it’s always products for products. Money is just the agreement about value that referees the exchange.

That the dollar is utilized globally, and in countries that allegedly despise “America,” is certain evidence of the above truth. That no one would exchange market goods for North Korean won, or take a paycheck denominated in bolivars from Venezuela similarly supports this basic truth.

In that case, imagine if the dollar as a measure of value was constant. As in, imagine if the commitment from U.S. monetary authorities was something along the lines of maintaining the dollar’s value today, tomorrow and ten years from now. If so, it’s not unreasonable to speculate that “supply” of dollars around the world would skyrocket. That dollar supply would soar is just another way of saying that as producers, we exchange products for products. Eager to receive value equal to what we produce, stable money facilitates just that. Since it does, stable money is everywhere.

Along these lines, supply of dollars soared 63x from the late 18th century to the early 20th. The U.S. was on the gold standard during the time in question. That’s why supply of dollars rose so substantially. When money is trusted, demand for it as a facilitator of exchange increases relentlessly.

All of which brings us to Federal Reserve board nominee Judy Shelton. It was reported recently that her nomination is imperiled. Supposedly a big factor is that Shelton “has been a longtime proponent of a return to the gold standard, which would limit the Fed’s ability to influence inflation….”

Ok, but implicit in Shelton’s past gold-standard advocacy is that she’s decidedly not for limiting so-called “money supply.” A gold standard is all about imbuing money with the utmost credibility as a measure of value, which is all about increasing supply of the money measure in question.

Shelton supports the gold standard precisely because she doesn’t support the theft of our work effort. She understands that devalued money robs the worker of the fruits of work.

Understand that governments didn’t happen upon gold as a definer of money. Markets did. The commodity “least influenced” by the factors that cause other commodities to bounce around in value, gold came to define money precisely because money most lives up to its name when its value is largely unchanging.

Shelton’s critics lament that her support for gold-defined money would “limit the Fed’s ability to influence inflation,” but then there’s no inflation to speak of if the currency in question is stable as a measure of value. Which means that the real lament is that Shelton’s preference for dollar-price stability would limit the ability of monetary authorities to devalue the dollar. Yes, Shelton once again abhors the devaluation of work. And this disqualifies her because….?

Some will say devaluation during slow economic periods boosts economic growth, which is just a reminder that some haven’t the faintest clue about what powers economic growth. Devaluation certainly doesn’t when it’s remembered that Americans are the U.S. economy, and Americans earn dollars. Alas, investment is what drives economic growth, investors are delaying consumption of dollars now in the hope of attaining more in the future, which means devaluation is a huge tax on the very investment without which there is no growth.

Oh well, the dollar’s exchange value or stability of same has never been part of the Fed’s portfolio as is. Despite this, Shelton’s support for a stable “Federal Reserve Note” disqualifies her? Why?

Funny about this manufactured controversy is that while a return to a gold-defined dollar would be a marked improvement on what we have now, the Federal Reserve is not empowered to bring about a return. And as Shelton would be the lone Fed board member promoting a stable dollar, what she wants is not what the Fed would deliver even if it could.

So what is it that Shelton’s critics are so afraid of? Ideally they’ll be required to explain what has them biting their nails assuming Shelton is voted down. If their reluctance is tied to a yellow metal, please be prepared for explanations that sound like Joe Biden sans a teleprompter. Those who despise the gold standard really don’t know what they despise.