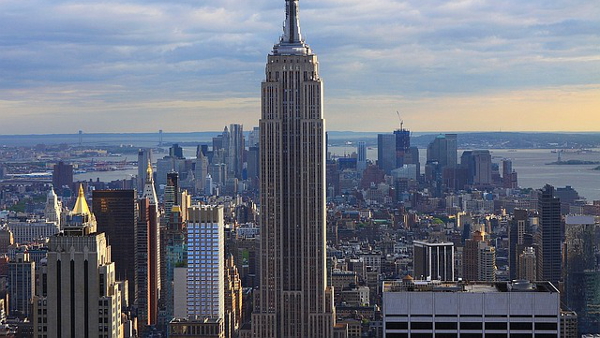 Despite the rather inflammatory title, the article is generally fact-based and well-argued. Whether you agree or not, he is making important points which need to be wrestled with.

“A Facebook group [Into The Unknown] formed a few weeks ago that was for people who were planning a move and wanted others to talk to and ask advice from. Within two or three days it had about 10,000 members.

Every day I see more and more posts: “I’ve been in NYC forever but I guess this time I have to say goodbye.””

““What do you mean?” a friend of mine said to me when I told him, “Midtown should be called ‘Ghost Town’!”

“What are you doing there?” I asked.

“Another friend of mine works at a major investment bank as a managing director. Before the pandemic he was at the office every day, sometimes working from 6 a.m. to 10 p.m. Now he lives in Phoenix, Arizona. “As of June,” he told me, “I had never even been to Phoenix.” And then he moved there. He does all his meetings on Zoom.”

“My wife, Robyn, was looking at listings around Miami, and then she saw an area we had never been to before. We found three houses we liked…

She called the real estate agent. Place #1. Just rented that morning 50% higher than the asking price. Place #2. Also rented — to New Yorkers (“They came from New York for three hours, saw the place, got it, went back to pack”). Place #3. “Available.”

“We’ll take it!” The first time we physically saw it was when we flew down and moved in.”

Those are anecdotes: memorable, but not systemic. There are, however, systemic problems for New York, a technological shift:

“But this time it’s different.

“One reason: bandwidth. Internet speed is no longer a barrier to remote work.

“The difference: bandwidth got faster. […] The Time-Life building doesn’t need to fill up again. Wall Street can now stretch across every street instead of just being one building in Manhattan.

“We are officially AB: After Bandwidth.”

Breaking the 20 megabits per second barrier happened just in time for the pandemic. The capacity preceded the necessity. Then the shutdown shifted our habits.

Then there’s the fiscal picture:

“NYC has a $9 billion deficit. A billion more than the mayor thought it was going to have. How does a city pay back its debts? The main way is aid from the state. But the state deficit just went bonkers. Another way is taxes. But if 900,000 estimated jobs are lost in NYC and tens of thousands of businesses, then that means less revenue from taxes — unless taxes are raised.”

“Much of the city’s revenue comes from taxes, which will see serious pressure due to people relocating as well as a dramatically reduced number of real estate and other transactions.”

“Well, how about property taxes? More people defaulting on their properties.”

The same is true of net income after taxes:

Does this mean that New York really is over and that there should be no allocation to New York? No one knows the future, including us. New York is an incredibly productive place, and structural tail winds are not a death sentence.

That’s why the real estate index I helped develop does allocate to the New York metro area, but nowhere near the order of magnitude of the colossal overweighting associated with cap-weighted indices.