Taking Risks With Other People’s Money 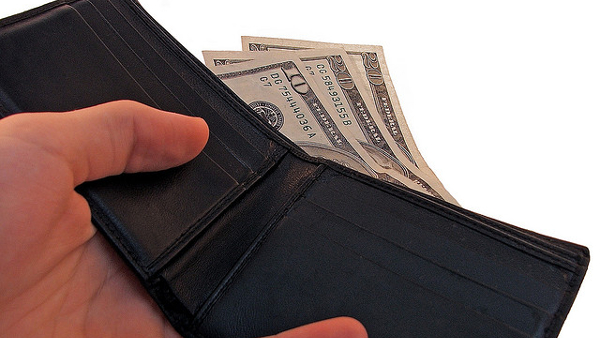 There is an old financial term called OPM, Other People’s Money. It describes the way that business owners and managers obtain funds from other people to leverage the capital that they put into a business. It is a legitimate way to help finance operations and investments. Just as physical leverage can be used to lift more weight, financial leverage can enable an organization to engage in larger investments and expansions of operations by borrowing resources from others. It lengthens the metaphorical lever of finance. When things work out right, a relatively small investment can have an out-sized return after paying off the debt. Things, however, don’t always work out right.

A highly leveraged business is more risky, because when there is a loss, it can put a severe restriction on cash flow, cash which is needed to pay the lenders. When the lenders are not paid, the loan is defaulted, often with harsh consequences, including bankruptcy. The business owner takes a greater risk with borrowed money, but also has the potential to reap more rewards. The risk also carries a responsibility. The lender takes a risk in giving money to another person, because that person might not be able to pay nor have sufficient assets to cover the losses. If the lender incurs a loss, it is his or her responsibility, because nobody else was expecting to gain by it and should have no responsibility for it.

One of the big problems we have in this country, and in many countries around the world, is that the risks and the responsibilities are often not matched when using other people’s money. People and organizations, such as mega corporations and big banks, can use OPM without taking the risks involved with it when they are absolved of responsibility when they are considered “too big to fail.” Governments regularly mismatch risk and responsibility by using taxpayer funds to finance boondoggles, with the Solyndra deal still standing out like a sore thumb after these years of people trying to bury it. A half billion dollars of taxpayer money down the drain because nobody was held responsible for the high risk.

Universities reap the benefits of student loans but have no responsibility for useless degrees they confer after many tens of thousands of dollars of debt for the students. Now students with those worthless degrees want taxpayers to foot the bill, even though they knew from the beginning, or certainly should have known from prudent research, that it was a very poor risk. The likelihood of getting a well-paying job with a grievance-studies degree, for instance, is pretty much limited to the slim job-pool of teaching other university students useless information for useless degrees.

A key to recovering some amount of sanity in university costs is getting back to the notion that responsibilities, rights, and risks go together, just as it is for any other kind of lending, just as it should be for any kind of government program. When people have to use their own resources, they are much more careful with how they are spent. OPM, other people’s money, that is used to leverage a benefit must also bear the burden of potential loss. If universities were held responsible for the default on student loans for graduates of their programs, they would be much more responsible in the offerings. As it is now, they are not held responsible, but benefit from the artificially increased demand from government guaranteed loans, as the skyrocketing tuitions demonstrate.

As with everything, when people are not held responsible for the risks they take, they will take more risks and, in the end, will cause pain for others instead who had no say in the risk or participation in potential benefits.