The Left Are The Real Secessionists 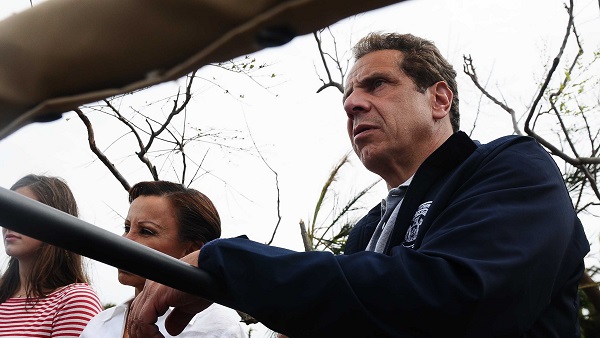 Is the American Left splitting the nation apart? The evidence is mounting in a truly worrisome manner.

The Progressive attitude that rejects any affinity with fellow Americans that have different perspectives has been growing for some time. Barack Obama’s contemptuous description of those who didn’t agree with him as people “clinging to their bibles and guns” was followed up by Hillary Clinton’s labeling of conservatives as “deplorables.”

New York’s acerbic Governor Andrew Cuomo recently stated that if President Trump decided to return to his home state of New York he would require an “army” to do so. Infamously, Cuomo intentionally avoided using the Trump-provided U.S.S. Comfort hospital ship for Covid patients, instead relegating them to nursing homes, a move that resulted in massive unnecessary deaths.

While underplayed by a leftist-leaning media, the statements and actions of Progressive adherents point to the movement’s harsh views of their fellow countrymen with opposing views.

Republican elected officials have been threatened, attacked and shot. Rep. Maxine Waters instructs her followers to assault presidential cabinet members in public places. Individuals have been threatened and beaten merely for wearing “MAGA” apparel expressing support for the incumbent president. Despite the blatant, extensive, prolonged and nationwide employment of large-scale violence, leftist groups such as Antifa and Black Lives Matter continue to be condoned and even celebrated by major Leftist politicians. At the same time, key Progressive groups urge the elimination of the Department of Homeland Security and the defunding of local police forces. In many major cities, hardened criminals are set free without bail, or released from prison citing Covid as an excuse. Left-wing governors have stretched the limits of their power in an effort to give felons who have served their time the vote.

Leftists across the nation seek to rewrite American history in an effort to divorce those who point to the great accomplishments of the past from those who only dwell on the misdeeds. In the nation’s capital, a mayoral task force seeks the removal of America’s foundational monuments, including the Washington Monument, the Jefferson Memorial, and tributes to Benjamin Franklin and National Anthem author Francis Scott Key. A major university provides a course in “How to Overthrow the State.”

A particular target of the secessionist Progressive crowd has been adherents of traditional religion. Those faithful to traditional religions are repeatedly attacked. Keith Ellison, former vice chair of the democrat National Committee, has strong ties to anti-Semitism. The Cision Press Wire reports that “Joel Chernoff, Executive Director of AIA said, “For the first time in US history, there is danger that anti-Semitism will become normalized and legitimized in US politics via the Democratic Party and a DNC controlled Congress. Anti-Semitism has existed since the founding of the country but has never been institutionally embraced by either of its two main political parties.””

Ashley McGuire, writing in Real Clear Religion reports that “Democrats just keep outdoing themselves. In the domain of anti-Catholic bigotry, that is. Until recently, it was hard to believe that they could be any more anti-Catholic then they were after the Amy Coney Barrett kerfuffle, in which Senators Feinstein (D-CA) and Durbin (D-IL) questioned whether Coney Barrett’s Catholic faith should disqualify her from a circuit court judgeship. Senator Feinstein now infamously said, ‘The dogma lives loudly within you, and that’s a concern.’ The sentence went viral not just because it was utterly weird, but because it laid bare a hostility towards religion that Democrats had previously succeeded in masking with liberal euphemisms about tolerance.”

The separatist trend may soon reach a crisis point as November rapidly approaches. Hillary Clinton has advised Biden to not concede the election “under any circumstances.” Former Secretary of State John Kerry urges violence in the streets if President Trump wins reelection.