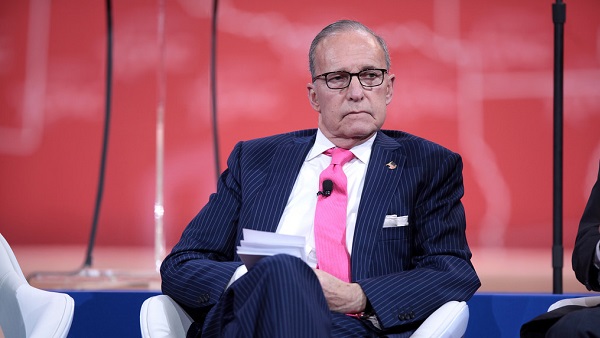 This is a worthwhile jumping off point in consideration of the latest whine from the perpetually outraged about the Trump administration allegedly providing crucial “inside information” to investors about the coronavirus. Supposedly these investors attained unique insights unavailable to the rest of us that they were able to profit from handsomely in late February. Except that such a speculation is utter nonsense.

Proof of the above comes from the similarly perpetual internet. “Based on history, if Larry Kudlow and Wilbur Ross sound the all clear it’s time to head for a bomb shelter.” Guess who said the latter. It was Paul Krugman on April 13th.

“Completely inappropriate for Trump to send Kudlow out to pump markets. But also crazy that anyone still thinks investors trust his investment advice. Markets have fallen more than 10% since Kudlow confidently urged people to “buy the dip” on Monday.” Guess who made the previous assertion on February 28th? It was Catherine Rampell, an economics writer at the Washington Post.

If readers want more, they need only look back to 2016 when Kudlow’s name was floated for CEA Chairman. The arrows and guffaws from his critics were endless. And vicious. And they broadly made the point that Kudlow was a walking, talking contrarian indicator.

That they were unfair would be to miss the point. Politics is a bloody, ugly game. Kudlow knew what he was getting into, so he endured the insults. He’s actually a very fascinating person who is very smart. There’s so much that can be learned from him. Is he always right? Of course not. No one is. The best traders in the world freely admit to being wrong almost as wrong as theyre right. The difference with Kudlow is that when he’s wrong, he’s wrong in public. Most of us get to be incorrect out of the public eye.

Krugman surely knows how to be wrong. Stupendously so. Look it up. Rampell’s surely got a few assertions she’d like to take back, along with some analyses.

All of this is brought up to expose as shallow the newest Trump “scandal.” Matt Egan, CNN’s rather emotional stock-market reporter, put out an opinion piece yesterday claiming that officials in the Trump White House were “privately revealing concerns” about the coronavirus to board members of the Hoover Institution in late February. Egan laments the “unequal” quality of the Administration’s briefings, and claims it’s “everything that’s wrong with the stock market.” Privileged information. All that. Oh grow up. The critics can’t have it both ways.

As the quotes from Krugman and Rampell make plain, as do thousands of other comments and quotes about Trump and his advisers, they’re the men and women who can’t shoot straight. They’re clueless. Per Rampell, no one trusts Kudlow’s investment advice as is. Kudlow told the Hoover board members that containment of the virus was “pretty close to airtight” in February, but according to Krugman it’s “time to head for a bomb shelter” if Kudlow signals all clear.

In that case, why are White House critics claiming now that Kudlow et al somehow knew something in late February? Really, what changed? Wasn’t the point that Kudlow is always wrong? If so, why would investors have listened to him about the coronavirus? Of course, if he’s always wrong as his critics maintain, they would have logically sold with abandon once he publicly gave the all-clear in late February. Right?

Trump said the virus was “very much under control” in late February, but according to the President’s critics, he only tells lies as is; meaning, this know-nothing liar either talked out of turn toward the end of February, or he told the truth by lying to the public. Again, critics can’t have it both ways.

The internet is yet again forever. If Kudlow’s always wrong, and if Trump is lying when his lips are moving, what would it matter what they’re reported to have conveyed to Hoover Institution board members in February?

What lends what’s ridiculous a little bit of credibility is that stock markets were correcting at the time of the meeting between top Trump officials and Hoover board members. Except that the correction was unrelated to the virus. Markets had been pricing its arrival with great calm since January. Anyone with a pulse knew this.

More realistically, in late February Bernie Sanders looked like he might take the Democratic presidential nomination. Markets logically corrected at the time to price at least the possibility of a socialist in the White House. Notable is that they stopped correcting after Joe Biden won the South Carolina primary. In fact, the Monday after Biden’s Saturday win the Dow Jones Industrial Average had its biggest one day point gain in history. This happened after Trump officials who are said to never be right and to never be truthful allegedly told the truth to Hoover types. Get it? The big stock movements were politics related, not virus related.

No doubt stocks did eventually correct in March. The virus did factor this time. With good reason. Investors hadn’t priced in the horrid possibility that politicians would respond to the coronavirus by forcing an economic contraction. Rest assured that the eternal optimist in Kudlow didn’t speak about that in February. Neither he, nor anyone imagined politicians would try to defeat a virus with economic desperation. Surprise drives big market lurches, not what’s known. There’s no “there” to the story by Kate Kelly and Mark Mazzetti.