We Have Nothing To Fear From China 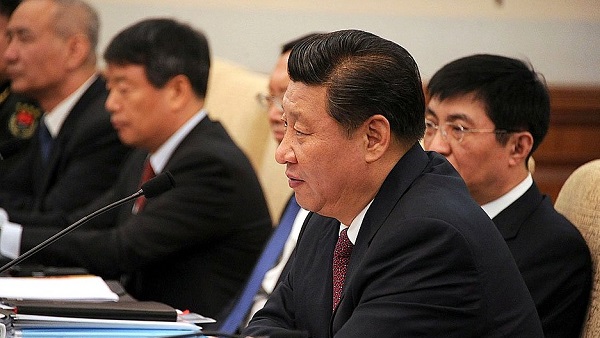 China scares people. American Compass has a section dedicated to fearing China. Recently, David Goldman came out with a new book that promotes the same fear: ‘You Will Be Assimilated: China’s Plan to Sino-Form the World’. That’s a great title. For the uninitiated, it refers to the most malevolent enemy of the USS Enterprise in the Star Trek Voyager TV series, the Borg.

Goldman is an American economist, music critic, and author, best known for his series of online essays in the Asia Times under the pseudonym Spengler. Goldman is confident that China will dominate the world because of its technology:

“The [US] federal government has lost its will and capacity for leading grand projects in the national interest. It no longer sets big goals and devotes resources to research and development. As a result, China ‘is overtaking the U.S. in key technologies’ and is far ahead in some crucial ones like 5G communications infrastructure. How could it not surpass America? The Chinese state now graduates six times more scientists and engineers than the United States. ‘China is dangerous,’ Goldman writes, ‘because it’s adopted the American idea of a science driver for growth.’ Moreover, China is investing in infrastructure, and the United States is not. American airports, roads, and rail lines are decades out of date and give the U.S. the feel of a Third World society compared to modern China.

“The trend lines are clear. ‘America is on track to become poor, dependent, and vulnerable—unless we revive the American genius for innovation’…

Let’s put this in historical perspective. Before the industrial revolution, China led the world in technology. It first produced steel, printing, paper, gunpowder, rockets and other inventions. Had mainstream economists lived back then, they would have predicted that China would rule the world. But the West borrowed those inventions, launched the industrial revolution and left China in the dust.

The author of the best selling economic textbook of the 20th century, Paul Samuelson, predicted with each new edition the triumph of the Soviet Empire over the West, right up until the USSR collapsed because it couldn’t feed its people.

In the 1980s, country western songs encouraged Americans to learn Japanese so we could speak to our bosses. Most economists saw Japan’s state-directed economy as the future. Mainstream economists don’t like to talk about Japan these days because the country’s economy has stagnated for 30 years even though it followed their policies on steroids.

The Chinese Communist Party has made the grave error of believing its own propaganda that it brought prosperity to China and not freer markets. How China Became Capitalist by Ronald H. Coase and Ning Wang provides the best economic history of China’s rise from the 1960s when more than 30 million people starved to death to its present prosperity. The CCP did not plan that economic miracle. It happened because the Chinese people were desperate to live so they launched private farms and businesses. China’s first millionaire was a seller of watermelon seeds. The private sector fed the people and made the consumer goods they wanted.

China’s economy stumbled in the early 1980s when the CCP reasserted its power and shut down much of the private economy. But Deng Xiaoping came out of retirment and forced the party to restore the private sector through nothing more than the power of his reputation.

Today, China has no Deng. Xi Jinping sees himself as an ancient emperor, divinely appointed to lead China to power and greatness. But it’s impossible for the state-led development that American Compass and Xi Jinping are so proud of, and that Spengler fears, to produce anything but poverty. That’s because increasing standards of living, or reducing poverty, requires accurate prices and those appear only in free markets. As Xi wastes wealth on ineffiicent and corrupt state-owned enterprises and throttles the private sector, China’s amazing leap forward in wealth will plateau at best and may even begin to regress. The only thing we have to fear from China is its military but slower economic growth will constrain the military. When the USSR fell apart, it spent 50% of GDP on the military, which is one reason it couldn’t feed its people.

For China to dominate the world, it would need to free its markets even more, shrink state-owned businesses, protect property more, spend less on the military and cleanse its courts and government of corruption. A China made wealthier by those means would not threaten the US and would be a benefit by creating a larger market for US goods and services. But China is quickly retreating to the old failed socialism it suffered from under Mao. That means less economic growth, greater poverty, less funding for the military and less influence in the world.

Of course, publishers will continue to crank out books stoking fear of China because fear sells. The missing ingredient in all of them is sound economics. State directed economies are nothing but variations on socialism and socialism cannot last, as Mises wrote in 1920 in his book, Socialism. The Soviet Union would have collapsed decades earlier had the West not propped it up.

As Goldman wrote, the US is on track to become poorer and vulnerable, but not because of China. The gravest threats the US faces are internal. Only we can destroy ourself through higher taxes, increased regulation and greater redistribution of wealth, that is, through more socialism as the Democrat party, and American Compass want to inflict on us.