Look For Companies With Blockholder Investor Base 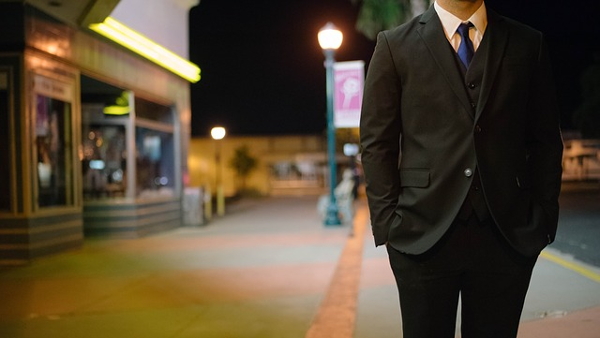 When you are deciding whether to invest in a company, you are not just deciding which company to buy, you are also choosing which investors to join with. You get a share in the company, but you also find yourselves in a relationship with others who have done the same. They can affect your life because they can affect the company that they own along with you. So smart investors need to look beyond the company itself and to the potential peer group of investors, because some types of investors are part of the problem, whereas some are part of the solution.

Over this series, we’re going to look at the neglected issues having to do with evaluating not just the company, but its owners. The jump off point will be Alex Edmans excellent new book, Growing the Pie. I interviewed Alex here, but there is a lot we didn’t get to cover — for example, ‘blockholder investors’.

Here’s the definition from Investopedia:

“A blockholder is the owner of a large block of a company’s shares and/or bonds. In terms of shareholding, these owners are often able to influence the company with the voting rights awarded with their holdings.”

“Blockholders and activist investors may also be influential for the company’s share price trading value. Large blockholders like Warren Buffett and Berkshire Hathaway often praise company management or support company decisions helping to boost its share price. In other cases, an activist’s open analysis of the company’s financial challenges and issues may have a negative effect on the stock price.”

Investopedia points out that blockholders’ influence can frequently lie in the ability of blocks to harm share price by selling:

“Due to the large number of shares held, blockholders can influence the direction of a company through exercising its voting rights and threats to sell their shares, negatively impacting the price.”

Edmans tends to see blockholders as advantageous to ‘growing the pie’, including the ‘threat of selling’. He questions the old chestnut about how investors are only better investors if they are long-term investors.

“Let’s turn to the evidence. The criticism of short-term trading isn’t new. An influential 1992 Harvard Business Review article by strategy guru Michael Porter heralded the Japanese ownership structure, in which investors hold long-term stakes that they rarely sell.59 But the ‘Lost 20 Years’ since then suggests that Japan isn’t the model economy previously thought.”

I doubt the youngish Professor Edmans personally remembers the received wisdom about the superiority of the Japanese model, but I do, and it was everywhere from the high points of academia to pop culture (Back to the Future II shows a future with an ascendant Japan). But now we know, Japan has been largely economically stagnant and financial dead money for long periods of time.

As Edmans points out: “Japan’s mediocre performance could be for many reasons…”

I.e., its “buy and hold and almost never sell” financial culture doesn’t have to be the, or even a, culprit. We’d need to look at some data to make sure we’re not misusing correlation to prove causation. Edmans does that by looking at how liquidity affects long-term performance, particularly using decimalization as a proxy for ease of buying/selling:

“To identify causation, a series of studies uses the decimalisation of the major US stock exchanges. Here’s how decimalisation works. All stock markets have a ‘tick size’ – the minimum amount a stock price can move. Before 2000, all three US exchanges, the NYSE, AMEX and NASDAQ, had a minimum tick size of 1/16 of a dollar.”

Smaller ‘tick sizes’ make buying/selling easier, because they make price discovery less fraught with friction. A potential buyer doesn’t have to settle for the an incremental change of 1/16th of the price which does not exactly match their preferred price. This was controversial at the time, but we now know what happened:

“Between August 2000 and April 2001, the three exchanges reduced the minimum tick size to one cent. So a sale might now only lower the price to $19.99 – selling is less costly. Vivian Fang, Tom Noe and Sheri Tice showed that decimalisation improved firm value…”

“…and Sreedhar Bharath, Sudarshan Jayaraman and Venky Nagar documented that this improvement was stronger in firms with blockholders and where the CEO owns a larger stake – suggesting that governance through exit was a key driver of the gains.”

The point about CEOs with large stakes deserves separate treatment elsewhere. For now, let me just suggest it packs a double whammy of incentives: a CEO with a large share is a blockholder, but also a manager, which aligns management interests and shareholder interests very well. More on that in a future article.

This is exactly what we’d expect. The larger the stake, the more incentive to follow the details closely. Blockholders have more skin in the game than hyper-diversified shareholder bases do.

And management knows that. They know they’ve got a watchdog with a sharp eye (more knowledge) and sharp teeth (when blockholders sell, other investors tend to follow suit), which means blockholders help keep management on its toes:

“A final strand of research investigates how companies act differently when they have blockholders. They manipulate earnings less and need to restate earnings less often,68 likely because leaders know that blockholders will see through earnings inflation. They also invest more in R&D and produce more patents.69 Blockholders deter firms from cutting R&D to meet analyst earnings forecasts, while fragmented investors encourage such behaviour.”

This is all great theory and the evidence we’ve looked at is consistent with the hypothesis. But the problem with confirming evidence is that quite often evidence can be consistent with more than one hypothesis. If it rains the grass will be wet. The grass is wet there… what? Wet grass doesn’t prove rain. Maybe a water main broke. Maybe it’s morning dew. Generally there are multiple paths to the same observed data. The philosopher of science Karl Popper held that for this reason, theories can only be disconfirmed (the grass is dry, therefore there was no rain), but never confirmed (the grass is wet, but from what?). I think that we can do better than Popper thought. One way to do that is to test one of the alternative hypotheses (is there a watermain beneath this patch of grass?) to see if it can be disconfirmed. Every time an alternate hypothesis is disconfirmed, the main hypothesis becomes more probable. For example, if there is no water main in that part of the yard and it is not morning (so no morning dew) and it’s not winter (so no melting snow), and the grass is wet, the rain theory is much more probable.

“The above results could be because blockholder stewardship allows firms to think long-term. But it might also be that long-term firms attract blockholders. Philippe Aghion, John Van Reenen and Luigi Zingales suggest that causality is in the first direction by investigating what happens when a company is added to the S&P 500 index.71 This causes institutions to hold more of a stock,72 which then leads to the firm generating more and better-quality patents.”

Does this mean we can be sure about blockholder effects? Not really. But it means we can be surer than we were before looking at the data. It would be useful to keep challenging the theory — for example, do all or most of the enhanced effects (less earnings manipulation, less sacrificing of R&D to hit short-term expectations, etc.). But for the moment, the blockholder advantage has earned its place as the regnant theory until it is deposed by some alternate claimant to the throne of causal kingship.