Our Move Along, Nothing-To-See-Here Media 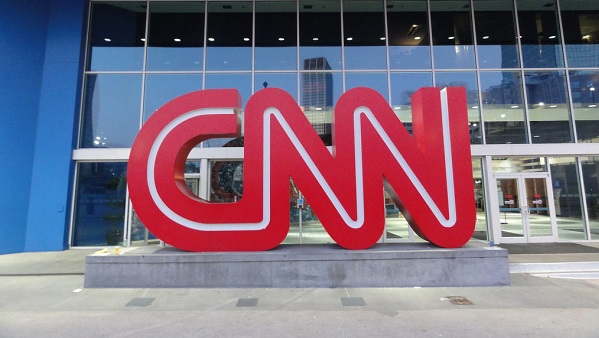 The overt and extraordinary bias and partisanship on the part of far too many leaders and the media that support them has led to a form of moral blindness that has warped values.

In the comedy movie series, “Naked Gun,” an alien flying saucer lands in New York’s Time Square. Beautiful aliens emerge. Leslie Nielsen, who plays the role of a bumbling detective, stands in front of the spacecraft and tells amazed bystanders, “Move along, nothing to see here.”

That phrase could well be the motto of our era.

Much of the world has turned a blind eye to terrible assaults on human rights, particularly barbaric attacks on Christians. Open Doors recently published its World Watch 2020 report, detailing the massive international persecution that religious group currently endures. According to the data presented, 260 million Christians worldwide suffer high levels of persecution in at least 50 nations. The Beijing regime uses sophisticated technology to catch and convict what the Communist regime terms the “illegal spread of Christianity.” In Burkina Faso, Christians are fighting for their very survival. Dozens of priests have been killed. Protestant ministers face not only dire threats to themselves, but to their families as well. Open Doors notes that, “In Sri Lanka, 250 people died and more than 500 were injured in attacks on Catholic and Protestant churches and hotels on [an] Easter Sunday. In Pakistan, radical Islamist groups have used so-called “blasphemy laws” to imprison Christians. Due to relentless persecution, Christianity is on the verge of completely vanishing from portions of the Middle East.”

While the chattering classes vocally condemn the concentration camps that darkened Europe in the 1940s, there is only minimal condemnation of the 21st Century version of those nightmare establishments, those existing in China set up for the specific purpose of wiping out the Uyghur people and culture.

Over the past dozen years or so, we have been advised by Washington power brokers and media barons to ignore astounding violations of the Constitution, the law, and common decency. In affairs both foreign and domestic, on the streets of our cities, in the playing fields of our stadiums, in the boardrooms of corporations, in the courtrooms of our judicial system and most prominently in the halls of government, acts which are a clear affront to American values, traditions and statutes have been shrouded by government obfuscation, and censorship of facts self-imposed by deeply partisan news organizations.

When the Obama Administration’s FCC representatives attempted to place federal monitors in newsrooms, the move, (fortunately defeated) didn’t get the level of aggressive response it truly warranted. When that same White House used the Department of Justice and the Internal Revenue Service to harass organizations that differed from the President, no one was punished. When Senate Minority Leader Charles “Chuck” Schumer introduced legislation to remove First Amendment protections from paid political speech, much of the media and academia were stone quiet.

After losing the White House in 2016, a totally false narrative of “Russian collusion” was concocted to cripple the incoming Administration. Despite clear repudiation of that charge after years of intensive investigation, the perpetuators of the plot went completely unpunished.

As President Trump began to put his legitimate stamp on U.S. policy, illicit means to deny him his constitutional authority took shape. Courts on several levels, particularly the Ninth Circuit Court of Appeals, issued rulings in areas over which they had no Constitutional authority in an effort to stop the lawful exercise of Executive Branch power. Most Lawyers’ associations and legal academic institutions and journals chose to side with these judicial usurpers.

Now, we are told that while there were some irregularities in the 2020 presidential election, it’s not enough to change the outcome or to be concerned about.

Move along, there’s nothing to see here.