Should Christians Follow Grudem’s Or Piper’s Advice On Voting? 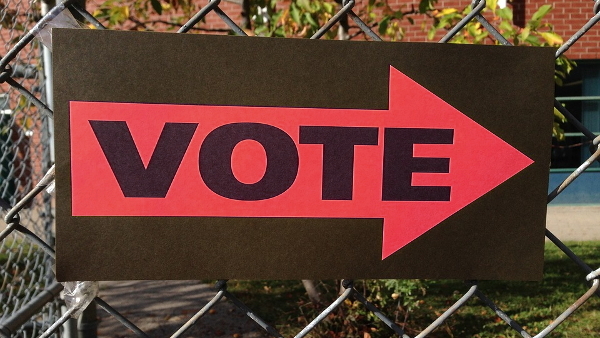 Wayne Grudem and John Piper, both giants among evangelical Christians, disagree on how to vote in this election and their exchange shows the tone Christians should take in responding to clashing ideas. Piper has chosen not to vote. Grudem summarizes his reasons:

1. The personal sins of a leader can be as harmful to persons and to nations as morally evil laws.

2. Christians communicate a falsehood when we act as if policies and laws are more precious than being a certain kind of person.

3. The horrible sin of pride leads people to other sins, including defending abortion, and therefore voting for a clearly boastful candidate might also be indirectly supporting abortion.

4. Voting for either candidate would compromise a person’s Christian witness.

Grudem responds well to Piper’s points. Here I would like to add the voice of the late Carl F. Henry, one of the greatest theologians of the 20th century. In Neo-evangelical Realism: Reflections on the Sociopolitical Thought of Carl F. H. Henry, author Nicholas T. Pruitt wrote, “Henry also instructed Christian citizens to vote not simply according to the candidate’s personal moral record, but for the candidate who is most capable politically.” And Henry wrote, “The political statesman who seeks the ideal knows that he must cast his vote (if he is also a realist) for the best approximation of that ideal among the surviving options.”

Jimmy Carter ruined evangelicals on voting strictly on character. Carter’s character was unimpeachable, but he was a terrible president. Trump’s sins are peccadillos compared to many past Democrat presidents considered great by historians. Wilson was a flaming racist. FDR had an affair with his secretary and hid his polio from voters. Kennedy used his secret service as pimps when out of town. Clinton’s escapades with interns are notorious.

In the previous election when Bernie Sanders was promoting Danish socialism, Piper said in a podcast, “And my own sense is that history and reason and further biblical reflection lead to the conclusion that freedom and property rights lead to greater long-term wellbeing, or, like we say today, flourishing for the greatest number.”

Piper cares for the poor and if he knows any economics, he knows that freer markets have been the sharpest sword against poverty in all of history. I can’t understand why Piper would throw that away. If Trump were as evil as Piper suggests, I wouldn’t vote for him either. But I think Piper is wrong about who Trump is and Piper doesn’t have the power to determine if Trump has repented of past sins.

Self-government is the third greatest gift God has given mankind after his son and the Industrial Revolution that lifted hundreds of millions out of starvation. It seems to me that refusing to vote because the choices aren’t ideal when they never are, shows contempt for this great gift. Christians should be good stewards of God’s gifts and not despise them.