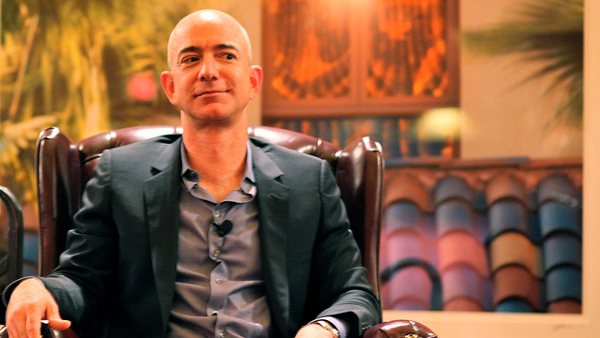 Much has been made during Election 2020 about the make-up of the typical Donald Trump voter. It’s said he’s remade the Republican Party. The base is no longer well-to-do, or even superrich. The Republican of today tends to be middle class, and from “unfashionable” parts of the U.S.

While there’s some truth to the above, this is hardly new. Think back to the 1980s and 1990s. The U.S. senate included Democrats with last names like Kennedy, Pell and Rockefeller. The Democrats have long attracted inherited wealth, Hollywood has for decades heavily leaned Democratic, and so realistically has Wall Street.

This needs to be remembered as scholarly types like Victor Davis Hanson pull out the odious class warfare card. Long used by Democrats (does anyone remember Michael Dukakis talking about Republicans “popping corks in their penthouses” ahead of his certain drubbing in the 1988 presidential election?), Republicans increasingly unsheathe it. It seems if you’re in the middle or you’re poor that you’re more of a “real American.” Gag.

Such a view ignores why the U.S., the world’s richest country, has long been a magnet for the world’s strivers; many of them poor. They see the ability to grow very rich in the U.S. as a feature of the country, as opposed to a bug. Not only do immigrants tend to migrate to the U.S. cities where inequality is greatest, so do American citizens. Where the superrich are is where the opportunity is greatest for those who aren’t rich. Translated, one hears all the time about Americans migrating to Dallas, New York and San Francisco, but rarely about them picking up and moving to Jackson, Buffalo or Hanson’s hometown of Fresno. To watch Hanson is to see someone who looks askance at the rich. Where does he think the funding of the Hoover Institution comes from?

Hanson is now saying Republicans are the little people looked down upon by Wall Street, Silicon Valley and Hollywood. Worse is that he seems to revel in what he thinks true. Watching him on Tucker Carlson Tonight on Wednesday night, Hanson made it apparent that “Big” when it comes to anything is bad, while small and unfashionable is noble. He sounded like Dukakis, and realistically Joe Biden in 2020. Does anyone remember Biden drooling in nonsensical fashion about how people in Scranton don’t own stocks and don’t care about the stock market?

The Democrats have never worn their class warrior fakery well. It’s trite and silly. This kind of rhetoric sounds even worse coming from Republicans.

For one, Donald Trump himself has routinely pointed to the importance of the stock market as a major measure of some of his real achievements. With good reason. Markets tell the truth. While GDP and other calculations like the mythical “trade deficit” are backwards measures that routinely confuse those who aim to understand them, the stock market is a relentless processor of everything. When it rises, it’s a signal from this crucial “voting booth” that investors are increasingly confident about the future earnings potential of U.S. companies. This is seemingly lost on Hanson. To his detriment. There are no jobs without successful businesses. When stocks are thriving, that’s indicative of a better commercial outlook that redounds to every American worker.

Let’s consider Wall Street once again. To listen to Hanson, one would think it this evil, anti-human, amorphous blob. Actually, it’s full of the heroic. It’s one thing for an entrepreneur to come up with an idea, and it’s quite another for the dreamers of the world to actually vivify their commercial dreams. Investment bankers are paid well precisely because they’re able to rush the future into the present by matching visionaries with capital. Not only would life be unrelentingly dreary without the financiers who work feverishly to help businesses and entrepreneurs to grow, opportunity for the middle and poor would be exponentially more limited. There are quite simply no companies and no jobs without the capital that courageous investment bankers raise for businesses.

A lot of the capital they raise goes to Silicon Valley-style visionaries. Hanson thinks little of them too. They don’t have anywhere close to Hanson’s grasp of history, plus they don’t share his politics. But without their relentless efforts to connect more and more of the U.S. and world through technological advances, life would be quite a bit more challenging. And much less informative. Before the internet, news and commentary was what a small number of people decided it would be. Nowadays commentary meets the needs of all manner of readers. Hanson himself might admit in a lighter moment that he would be largely unknown sans the internet. Thanks to it, more than a few Americans got to watch the election returns through the eyes of Steve Bannon (among other non-network and non-cable options) on Tuesday night.

More broadly, would any reader eagerly return to the pre-computer, pre-smartphone, pre-Amazon, pre-Internet world that existed before great financial minds set to work funding the visions of technological minds? The question answers itself, and it does based on the density of billionaires in the parts of the U.S. where technologists cluster. They’re not billionaires because they meet the needs of other billionaires; rather their wealth is a consequence of their technological genius having improved the living standards of most every American, along with a growing number of the world’s inhabitants.

Which brings us to Hollywood. Has Hanson ever stopped to think why there’s so much money in Beverly Hills? There is precisely because the most successful producers, directors and actors out there have figured out how to entertain the biggest number of Americans. Hanson would give the impression of Hollywood as cold and aloof, but the wealth on the left coast signals how very much the people in the business understand the common man championed by Hanson.

So while Hanson laments the moneyed Americans living on the coasts, and who supposedly detest the typical Trump voter, the joke’s on him. Coastal wealth is the surest sign that Hollywood, Silicon Valley and Wall Street are expertly meeting the needs of the Trump voter very well.

So instead of class warfare, it seems the better strategy for Republicans would be to try to win the coasts back. Achievement is a good thing that lifts us all. Republicans should talk about why their policies would enable more financial, technological and cultural advance, not less.

John Tamny is editor of RealClearMarkets, Vice President at FreedomWorks, and a senior economic adviser to Toreador Research and Trading (www.trtadvisors.com). His next book, set for release in March of 2021, is titled When Politicians Panicked: The New Coronavirus, Expert Opinion, and a Tragic Lapse of Reason. Other books by Tamny include They’re Both Wrong: A Policy Guide for America’s Frustrated Independent Thinkers, The End of Work, about the exciting growth of jobs more and more of us love, Who Needs the Fed? and Popular Economics. He can be reached at [email protected].