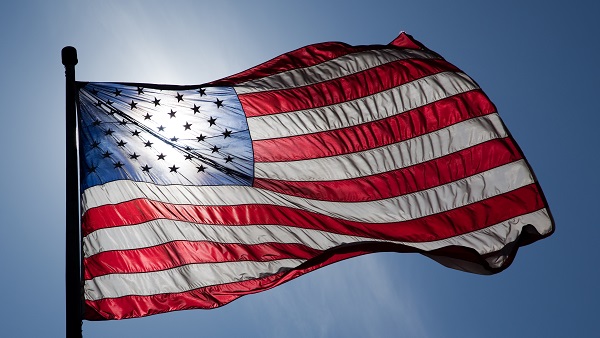 “There are croakers in every country, always boding its ruin.”

“I was shocked by how little dissent was tolerated at Harvard. Anyone who disagreed with the new orthodoxy was automatically branded a racist or a sexist or a homophobe.” “The prevailing orthodoxy was that concepts like ‘truth’ and ‘beauty’ had no place in contemporary education.” Intimacy with female Harvard students meant “you had to seek the woman’s formal permission at every stage in the seduction process.” One professor “had to abandon teaching his class on the ‘Peopling of America’ after he was dubbed ‘racially insensitive.’” His error was to talk about America’s native “population as ‘Indians’ rather than ‘Native Americans.’”

Harvard University has really gone over the edge. It’s hard to imagine that this is what’s happening at what is realistically the U.S.’s most prestigious university, if not the world’s. Higher education is surely in trouble, which means the U.S. is.

Of course the punch line to this weak attempt at a good set-up is that the above recollections weren’t those of a 2019 grad; rather they’re a few tidbits picked up from Toby Young’s classic 2001 memoir, How to Lose Friends and Alienate People. It seems Harvard was ahead of the political correctness pack as the 20th century closed until it’s understood that Young was writing about the Harvard he encountered in 1987. After graduating from Oxford, the essential Young (please bookmark his website Lockdown Sceptics) was given a Fulbright Award, which enabled him to spend a year at Harvard.

Up front, Young would likely admit that part of what makes him so interesting and entertaining is his use of playful exaggeration. We’re talking about someone talented enough to have worked at Vanity Fair in its heyday, but who wrote a memoir about all of all his blunders while there.

Looked at through the prism of his time at Harvard, it’s not unreasonable to speculate that Young cherry-picked the most egregious examples of political correctness. He might admit that the vast majority of students have grand ambitions for their lives after Harvard, many of them are financially motivated, which means most aren’t too politically active one way of the other. Young’s examples of PC-stupidity have a wow factor precisely because they’re kind of rare.

Still, for the purposes of this piece they’re a reminder that PC ridiculousness is hardly an early 21st century concept. It’s as old as higher education is. As I point out in my 2019 book They’re Both Wrong, William F. Buckley published God and Man at Yale in 1951. The great British novelist David Lodge published Changing Places, a classic novel about PC-nonsense at Euphoria State (Cal-Berkeley) in 1975. Stanford English professor John L’Heureux published The Handmaid of Desire about the PC-craze at The University (yes, Stanford) in 1996.

All of this requires mention simply because self-serious academics and pundits continue to warn us in grave tones that “this time is different” on college campuses. If the alarmists are to be believed, they’ve expertly uncovered a certain sign of the decline of America as we know it. In truth, they’re revealing how blind they are to history.

The latest academic to sound the alarm is Andrew Michta, dean of the College of International and Security Studies at the George C. Marshall Center for Security Studies. Writing in the Wall Street Journal last week, Michta alerted readers to the sad truth that “The American Experiment Is on Life Support.” According to the dean, America’s decline is to a high degree a consequence of “five decades of neo-Marxist indoctrination in American schools, colleges and universities.” Michta goes on to write that “The left’s ‘long march’ through the institutions is all but complete. Extreme intolerance has now replaced the liberal notion of negotiated compromise that is the sine qua non of democracy.”

Michta laments that “America’s young, especially those raised in middle-class or affluent homes, have been so brainwashed that they no longer notice how absurd it is to call for the eradication of their own nation-state, and to do so in the lingo of Iran’s mullahs.” If Michta is to be believed, their “ignorance of history is the hallmark of the current crisis.”

America in crisis. Because of young people. Where have we heard this before? The view here is that Michta is overreacting, as pessimists about the U.S. always have.

For one, what’s his basis for making a blanket statement about “America’s young”? Is there a sample size he can point to, or is he, like others have always done, cherry-picking the most shocking examples? If so, let’s please keep in mind that wondrous as country prosperity is, it frees people to be stupid in ways that they can’t where mere survival on a daily basis is less than certain. Hard as it may be for some to grasp, raging stupidity can be a contrarian, and very bullish, indicator.

Investment flows support the above assertion. While Michta would give the impression of “America’s young” as this massive blob of thumb-suckers unable and unwilling to contemplate what doesn’t feel or sound right, investors around the world continue to aggressively invest copious amounts of capital in the U.S. Can Michta be right and markets wrong?

Speaking of, assuming “America’s young” were arriving on campus in normal form only to be “brainwashed” as Michta moans, wouldn’t markets correct here too? Would middle class and affluent parents continue to spend gargantuan amounts to have their offspring ruined? And why do America’s businesses, you know the most valuable ones in the world, continue to hire what Michta deems “absurd” creations of “neo-Marxist indoctrination”? Really, does Michta know something that the most successful businesses in the world don’t?

Probably not. Not only does he base his overdone pessimism on provocative anecdote, his anecdote is only original insofar as he himself suffers the very “ignorance of history” that he decries in America’s youth. Needless to say, people like Michta have existed as long as America has existed, and realistically before. They’ve never been right.