Amazon And The Los Angeles Lakers Wreck The Wage-Stagnation Narrative 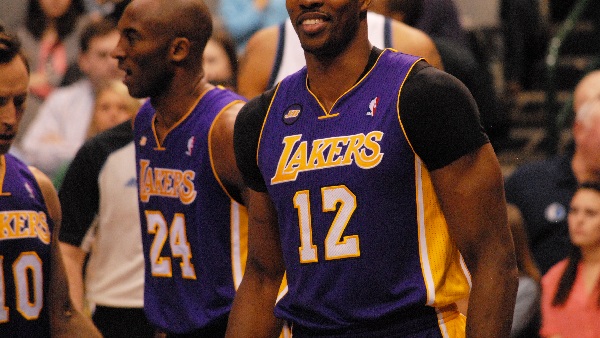 In 1981, Magic Johnson signed a 25-year, $25 million contract with the Los Angeles Lakers. The deal was massive for its time. The Lakers rewarded Johnson with an eye on keeping him with the team forever, but eventually the contract proved rather pedestrian. Management wound up writing new, more lucrative contracts for the Laker legend.

Johnson’s first post-rookie contract proved small because NBA team revenues were eventually so large. When Johnson entered the League, playoff games were still shown in tape-delayed fashion at 11:30 pm. Johnson and Larry Bird brought the NBA into prime time in a literal and figurative sense. Player salaries soared as a result. As Warren Brookes once put it, “we are blessed by the genius of the relatively few.”

Fast forward to the present, and last week the Lakers signed forward Anthony Davis to a five year, $190 million contract. They also signed LeBron James to a two-year deal worth $85 million. As the NBA’s fortunes have risen in modern times, so have those of the players. Imagine what kind of contract Magic would command today.

And while the numbers are smaller, Amazon recently announced a $500 million bonus for its front-line workers who’ve been extraordinarily busy over the last eight months. The retailer paid out a similar amount in June. The pay per employee is more in the $300 each range, but it’s plainly Amazon’s way of letting its employees know they’re valued. And that they’ll be rewarded when the company does well.

Amazon isn’t the only business rewarding its employees. According to the Wall Street Journal’s Maria Amenrtal, Walmart has distributed $1.1 billion to its “associates,” while Target raised its starting pay for employees to $15/hour. Amazon announced a similar starting minimum in 2018.

About the bonuses and wage increases mentioned, let there be no illusion as to the why behind them. Businesses are in the business of profit, and well-compensated workers are a certain driver of profits. Translated for those who need translation, self=interested company executives chose to pay company employees more.

The simple truth is that low-paid workers are incredibly expensive. They are because they frequently don’t appreciate their jobs, and as a consequence don’t take the work seriously. All of this frequently results in bad experiences for customers.

Worse, low-paid workers have a greater tendency to quit. This is true in the NBA, and it’s also true in retail. The Lakers rewarded Davis and James with big contracts because they didn’t want to lose either to free agency. The same thought process is plainly at work inside Amazon, Walmart, and other retailers. If they don’t overpay their employees, and if they don’t occasionally give them bonuses, they’ll soon enough not have enough employees. It’s expensive in the near-term to be stingy. So is it in the long-term.

Indeed, the Lakers, like Amazon and the rest, are thinking long-term in paying out the big dollars now. They want to win. They know that the path to regular victory is paved with talented employees. And so they compensate their employees handsomely with the long-term in mind.

Crucial about the pay described is that it’s rarely evident inside corporations or industries that are doing poorly. As I point out in my 2019 book They’re Both Wrong, in the 1970s the NBA wasn’t very successful. As  mentioned previously, so limited was fan interest back then that playoff games went “live” in tape delayed fashion late at night. Funny about the ‘70s is that print media was thriving then. NBA reporters flew in first class while NBA players flew in coach. Those same players courted print media members because those in thriving media enjoyed generous expense accounts such that they could spend lavishly on players. How things have changed.

In modern times print media is gasping for air, and its members are usually in coach if in the air at all. On the other hand, NBA players fly in chartered jets.

The first lesson of the above is that when corporations thrive, their employees are rewarded. It’s that simple. This basic truth should be remembered the next time some dope utters a nonsensical line about how corporations must be taxed more. What shrinks the funds of businesses also shrinks the fortunes of those in the employ of any business.

More important, the anecdotes about the Lakers, Amazon, Walmart and Target are a reminder of how just how nonsensical all the talk about stagnating U.S. wages these last few decades is. Can economists, journalists and pundits even pretend to be serious anymore? Stagnating wages in the richest country in the world?

If so, as in if American earnings have been flat for decades, why the influx of immigrants during those same decades? Why have the world’s producers worked feverishly to meet the needs of a U.S. market that’s been suffering flat wages? Most of all for the purposes of this piece, how could a country full of the world’s most valuable companies have such undercompensated workers?

The answer to the half-awake is that American workers aren’t undercompensated, and they haven’t endured wage stagnation. Implicit in such a view is that companies and teams become great by routinely ripping off their employees. No, not even close.

Amazon et al easily discredit what never made sense. Please read the news, but do the reading with a skeptical eye.