Diseases Of Modernity: What Do They Have In Common? 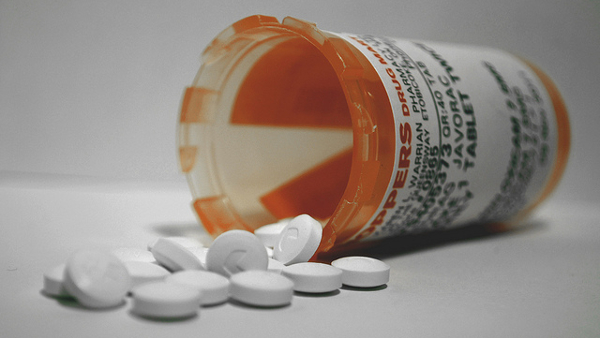 I recently had a discussion with the brilliant Dr. Benjamin Bikman, author of the book, “Why We Get Sick: The Hidden Epidemic at the Root of Most Chronic Disease — and How to Fight It,” which makes a very compelling argument for a high-fat, high-protein, low-carb diet. Dr. Bikman holds a PhD in Bioenergetics and is a professor at Brigham Young University, out of which he runs the Metabolism Research Lab. Their research focuses on metabolic disorders, including insulin resistance, heart disease, and diabetes.

Our conversation is one of several I’ve had with many authors on the dangers of a high-sugar and high-carb diet, but Dr. Bikman stands out in that group by being a research scientist. Let me explain: generally this discussion is led by people that fall into one of 2 categories:

1. Physicians who noticed patterns in their patients, and became fed up with a medical system that gives those patients ineffective and even harmful treatments, who are then driven to figure out exactly what’s going on. Examples are Dr. Arthur Agatston (a cardiologist), Dr. William Davis (another cardiologist), and Dr. Jason Fung (a nephrologist, and author of the foreword for “Why We Get Sick”).

2. People I think of as “Civilians”, those outside the professional medical field who fall down the rabbit hole. Examples are Ivor Cummins (a biochemical engineer), Gary Taubes (a health journalist and investigative scientist), and Nina Teicholz (an investigative journalist). I would also include myself in this category.

Glaringly underrepresented in this public conversation are people like Dr. Bikman, the researchers that do actual lab work, and it’s to our detriment that these experts aren’t often included. Dr. Bikman “bristles” when he hears critiques of low-carb diets as somehow violating the laws of physics, and that weight loss is a simple matter of calories in/calories out. To quote him, “The laws of thermodynamics were never intended to be applied to biological organisms.” Reminder: Bikman’s PhD is in bioenergetics, the science of how energy is metabolized in living organisms.

First, a quick biology refresher: When we eat carbohydrates, our blood sugar (also known as blood glucose) goes up. Blood glucose is our main source of energy. What we eat affects how much our glucose goes up – foods higher in carbs (including sugar) spike glucose more. This is where insulin comes in – the pancreas produces insulin, a hormone that manages our blood glucose, including making sure it doesn’t go too high. If you eat a diet high in carbs, your pancreas has to produce a lot of insulin, and over time your tolerance for insulin raises in much the same way your tolerance for alcohol can. This is called “insulin resistance.” This is how people become diabetic, by eating a high-sugar and high-carb diet, forcing their bodies to produce larger and larger amounts of insulin until they’re unable to produce enough to keep their glucose levels in check. Then they get prescribed insulin injections which keeps their glucose levels normal, but makes their insulin resistance even worse. This pattern is much more prevalent when the carbs ingested are “simple carbs”, meaning things like sugar or high fructose corn syrup or white starches, which tend to get absorbed much more quickly and lead to much higher spikes in insulin.

It’s no wonder rates of diabetes continue to shoot upwards, consumption of simple carbs has been skyrocketing for decades around the world. Distressingly, Dr. Bikman’s research shows that it’s not just diabetes that’s being driven by insulin resistance. He believes that the little-known problem of insulin resistance is actually the underlying cause for almost every modern chronic disease. Diabetes, hypertension, heart disease, Alzheimer’s, cancer – all seemingly-distinct diseases which have their own separate treatments in modern medicine. However, none of these standard distinct treatments actually strike at the common root – insulin resistance. These diseases aren’t independent: they’re heads on the monstrous hydra whose body is insulin resistance. To quote Dr. Bikman: “The more aggressively we treat the type 2 diabetic with insulin, their risk of Alzheimer’s is doubled, their risk of cancer is doubled, their risk of heart disease is tripled, and they get even fatter. We make them fatter, and we kill them faster despite perfect glucose. It’s not the glucose!”

The appalling thing about insulin resistance is also the good news about it: It’s preventable, it’s treatable, and you can even discover it quickly if you use the right tests. The real work is in education. As Dr. Bikman said, “If we shifted the paradigm away from glucose and scrutinized the insulin, we could detect the problem at least a decade before the glucose would ever change.” When I mentioned that my personal cardiologist, Dr. Agatston, ordered that I get a Kraft test to measure my insulin response, Dr. Bikman’s reaction was telling. “Oh, my goodness,” he said, “you are one of the very, very fortunate individuals to have a physician looking at things in what I would argue is the right way. That is extremely uncommon.” The Kraft test is not complicated or expensive, it’s just simply underutilized.

What does this have to do with finance? War and disaster affect economies around the world, but the costs and death tolls of those pale in comparison to the repercussions of modern insulin resistance. How many resources are spent collectively researching, diagnosing, and treating these diseases? What would the world look like if we didn’t lose 9.5 million to cancer, 17.9 million to cardiovascular disease, and if there weren’t 10 million new cases of Alzheimer’s every year after years or even decades of disease management and slow decline? When faced with several daunting health crises stacked on top of each other, it’s an understandable reaction to think we need a massive government-driven solution. If you dig down into the research, however, it’s clear that top-down government won’t solve these problems, we just need to change how we eat.

Dr. Bikman is sympathetic to the feeling that low-carb, high-fat, high-protein diets seem like just another health craze, the snake oil solution to all our problems, but that’s looking at the issue upside down: “The fact that controlling carbohydrates and prioritizing protein and filling with fat, the fact that that is so therapeutic for so many diseases, […] it’s not that I’m making a claim in the book that this is just a magic bullet that solves every individual thing, […] all of these seemingly-distinct problems are not distinct, they are all manifestations of, to varying degrees, a common problem. This dietary intervention addresses the common problem.”

Dr. Bikman approached this topic without bias or agenda, but with the rigor and diligence of a scientist, and his insights are fascinating and undeniable. Click here to listen to our entire discussion.

0:45 Book title is “Why We Get Sick“. Who’s “we”? Hyperinsulinemia is the common root of the diseases of modernity.

6:28: What early Keto movement got wrong: If you just look at glucose, you miss the mark.

12:25: Arthur Agatston and Jerry’s experience, that transitions into talk about Bikman’s videos and protein.

13:40: “Talk a little about protein.” Another thing area where Keto movement needed to learn from the science.

17:24: “If you remove the hyperglycemia, you remove much of the insulin spike with the dietary protein.”

18:41: Valter Longo, protein and mortality, what Bikman agrees about and disagrees about.

22:32: Why Keto sounds like a “cure all”? “Disease of modernity,” Scottish Doctor’s notes on industrialization, “plagues of prosperity.”

25:48: Resistance in academia. Bio-energetics (in which Dr. Bikman holds a PhD) and the laws of thermodynamics.

29:11: If you’re looking at exercise as strictly a caloric expenditure, just control your insulin instead.

29: 43: what “calories in, calories out” gets wrong. CICO model is the one which gets science wrong.

35:35: When Insulin resistance is good – in pregnancy.

38:24: Hyperinsulinemia exists for a reason, but only for certain specific seasons, not round the clock for a lifetime.

42:25: Triglyceride to HDL ratio essentially a proxy for the small particle LDL and possibly hyperinsulinemia. Use this if Doc won’t order more advanced tests.

46:31: We should be cynical; the focus has been on LDL because it’s a druggable target.

49:23: Bikman on cancer. Yes, another disease of modernity rooted in hyperinsulinemia.