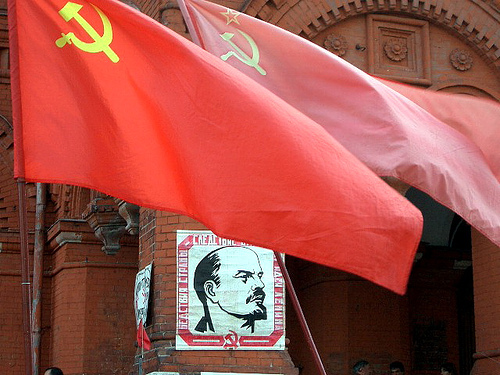 “Uncle Joe” Biden promised to revive the Paris climate accord in spite of the fact that the agreement would accomplish little. Dr. Robert Murphy wrote of the accord, “The only reason so many countries signed up for Paris is that the pledges were non-binding, and beyond that, in many cases the pledges were virtually meaningless.”

The Paris accord advertises one of the major mental failures of socialists, The Argument from Motives: “Falsely justifying or excusing evil or vicious actions because of the perpetrator’s apparent purity of motives or lack of malice.”

There is more. Venezuela’s socialist dictator Hugo Chavez launched the destruction of that once wealthy nation. But when Chavez died, former President Jimmy Carter praised him, saying Chavez left a positive legacy of “gains made for the poor and vulnerable.” Other socialists piled on the praise.

“’His legacy in his nation, and in the hemisphere,’ said Rep. Jose Serrano, a Bronx Democrat, will be ‘a better life for the poor and downtrodden.’”

“The New York Times credited Chavez with ‘empowering and energizing millions of poor people’ while Washington Post columnist Eugene Robinson praised Chavez for providing (Cuban) medical care, saying ‘rankly, it was the first time in many decades that a leader paid that kind of attention to the poor majority in Venezuela.’”

“’He used the oil (money to) eliminate 75% of extreme poverty, provide free health care (and) education (for) all,’ tweeted filmmaker Michael Moore.

“’But you know, it’s unfair to simply say everything is bad,’ Mr. Sanders told the host, Anderson Cooper. ‘When Fidel Castro came to office, you know what he did? He had a massive literacy program. Is that a bad thing? Even though Fidel Castro did it?’”

Joseph Stalin starved more than 30 million to death so he could steal their land and Mao caused more than 30 million to starve during the 1960s Cultural Revolution, but they meant well. Socialists don’t attribute good motives to Hitler, even though he was one of them and learned eugenics from American “Progressives.” After all, “Uncle Joe” Stalin said Hitler was a capitalist and Uncle Joe wouldn’t lie.

Only intentions matter for socialists. That profit seeking individuals in freer markets have lifted hundreds of millions out of starvation poverty means nothing to socialists because the entrepreneurs didn’t have pure motives. Yet the socialist leaders who have ruined entire nations are paragons of virtue because socialists attribute good intentions to them. Democrat Christians defend their party’s promotion of abortion, homosexual rights, and transgenderism by claiming that at least they care about the poor.

Conservatives have a hard time understanding why socialism remains so popular in spite of its long history of awe-inspiring death and destruction. The fallacy of the Argument from Motives explains it. Capitalism is not founded on greed, but Socialists (Democrats) lack the mental capacity to appreciate the paradox that free market competition can cause even greed to work for the enrichment of all.

Of course, non-Christians are free to counterfeit any system of morals they like, and they have done so. But Christians must stick with the morality of the Bible. The Pharisees and religious leaders in the Gospels declared themselves to have the highest morality, too. They saw themselves as role models. But Jesus cut through the hypocrisy of the Pharisees and determined their true motives. “You will know them by their fruits,” Jesus said.

Christians who divide the world into good and evil by their declared intentions must pass Jesus’ test. The outcomes of their self-declared good intentions must produce good results, or they merely display hypocrisy. If socialists truly cared for the poor, they would be the most energetic proponents of free market capitalism because it has lifted hundreds of millions out of starvation poverty.

Capitalism distanced us from economic hell, but Democrats (socialists) work overtime at building a road there and paving it with good intentions.