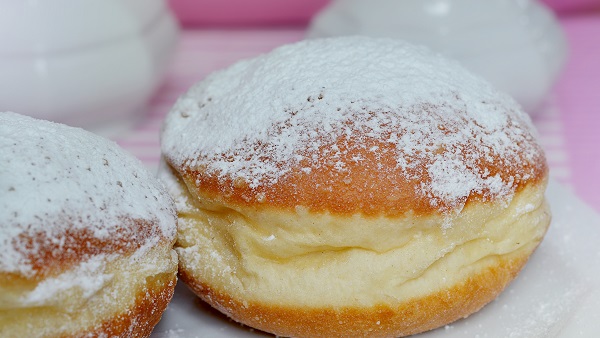 I recently sat across a phone line with Ivor Cummins, researcher of modern chronic diseases and author. We discussed his book Eat Rich, Live Long, co-authored with Dr. Jeffry Gerber, an expert in preventative medicine. Coming from a Biochemical Engineer background, Ivor’s journey down the low-carb rabbit hole was sparked in much the same way as mine: Questioning why he was gaining weight and, more worryingly, why his blood tests were coming back with alarming results. The short answer? He was following the kind of high-carb, low-fat, low-protein diet espoused for decades by healthcare research academia.Our conversation covered a huge range of topics, and that reflects just how far-reaching the repercussions are for his research. Heart disease, diabetes, Alzheimer’s, cancer, obesity — all have undeniable connections to the metabolic disorder caused by the modern diet. As Ivor put it during our discussion, “Insulin is the Rosetta stone of modern chronic diseases.” It doesn’t stop with those, either: We discussed how COVID-19 is essentially nature’s perfect challenge to the metabolic disorder found around the world, and exactly how comorbidities like diabetes make COVID-19 more deadly.

The good news is that Eat Rich, Live Long contains the astoundingly-simple way to reduce your risk of all of these chronic issues: eliminate your consumption of what Ivor calls “The Triad” of refined sugars, refined carbs, and seed oils. If you start right now, your blood glucose and insulin levels will drop within a day.

This isn’t just about preventing chronic health issues, it’s about your quality of life day-to-day. To quote Ivor, “You’re just not going to believe the transformation in your life, and your enjoyment of life, and your mental acuity. […] The benefits are so enormous, I think people just don’t realize. […] It’s not just that they’re gonna go down a pants size, your whole life opens up. They won’t believe it.”

If you’ve been putting this off, let COVID-19 be the wakeup call. To listen to our discussion, click here. Below is a timestamped outline.

0:00 Introductions
1:35 Ivor began metabolism research after gaining weight and receiving poor blood tests while following a food pyramid-based diet
3:57 Discussion of modern diet causing modern diseases and the 3 cheap ingredients that make up most ultra-processed foods and alternatives
6:02 Rates of diabetes and links to Alzheimer’s and cancer
7:04 The “Rebel Alliance” counter-culture of healthcare researchers
9:39 How an incorrect consensus was formed in academia, and comparing John Keynes to Ancel Keys
11:08 Discussion of Ancel Keys, his “intuitive” cholesterol research, and his influence
13:42 “Fat makes you fat” and the surface plausibility, explanation of what your body actually does with fat, study of diabetics put on ultra-high-fat diet
16:15 Comparing the epidemic of the modern diet to the toll of disasters and war, addiction to simple carbs and sugars dovetailed with the anti-fat messaging
18:11 The confluence of factors, why the food industry pushes those 3 cheap ingredients, the chronic disease explosion mitigated by modern medicine, links to other diseases, study of women in Asia and genetics vs diet
20:14 The Blue Zone Hypothesis, the cherry-picking of blue zones, importance of the history of healthy lifestyles and the ignored Inuit and Masai, 80% of people are “metabolically broken”, the only scientific solution to the problem right now is a low carb diet
24:58 What would happen if we started eating like people in Okinawa? The optionality of a modern diet, modern farming and the 100-year race to breed sweeter fruits
26:15 Seasonal gathering and gorging, “Don’t eat for winter,” studies up on the triad of sugars, refined grains and vegetable fats destroying dental health, studies of Masai tribes
28:51 The cholesterol hypothesis, doctors continue to focus on total cholesterol, “Total cholesterol is meaningless, irrelevant, 30-year-old belief system,” breakdown of different and more detailed health metrics
32:19 The relationship between hypertension and insulin resistance
33:54 Very detailed explanation of LDL, how a high-carb diet affects forming of LDLs, “LDL is largely useless”
36:43 Different heart tests, how do we deal with the problem when only 1 in 1000 doctors are looking at the right tests?, “The patients are getting ahead of the doctors,” “The tools that are readily available are almost never used.”
38:19 The only solution is grassroots education, Ivor’s daughter’s education on cholesterol in medical school “is a joke”, the research is clear but it’s just not getting into the hands of medical establishment
40:00 Results are what will convince people, Arthur Agatston interview, post-glucose insulin research
42:18 Arthur Agatston is a hero because he truly wants to understand and save lives, glucose is a marker not a key measure, you have to focus on insulin.
44:25 “Insulin is the Rosetta stone of modern chronic diseases”, case study of someone who was type 2 diabetes for years and missed by executive medical professionals because they were looking at the wrong things, some healthy lifestyle habits hide the risk metrics and don’t show up in tests, “The insulin don’t lie.”
46:41 Detailed discussion of the pancreas and its role, insulin is a huge capital workaround to an easy-to-solve problem
48:10 Calcium score, the Agatston score
49:08 COVID-19 is nature’s perfect challenge to the metabolic disorder around the world, the comorbidities that make COVID-19 more deadly, NYC doctor: “I’ve never seen so many diabetics in our respiratory ICU. Everyone in this first wave is type 2 diabetic.”
50:58 Diabetes and COVID-19, some respirators caused more damage, blood type as a COVID-19 marker, insulin resistance and your immune system
56:15 Everyone’s talking lockdown when they should be talking insulin and Vitamin D, the lockdown of information and speculation on COVID-19
57:37 You can get your blood glucose and insulin down in a day, A1C can begin to come down in a week or two, leptin goes down like a rocket
58:08 Leptin discussion and cytokine storms, leptin resistance and appetite, when you’re insulin-resistant your circuitry is broken and your body is no longer suppressing your appetite as it should
1:00:00 The fatter you are, the hungrier you are, evolution never designed us to have exposure to these foods and doesn’t have safety checks against it
1:02:03 Ivor’s Patreon, people who want to make a difference and influence their peers, “A community that’s glued to the science and ignores the forced public health consensus.”
1:04:59 Ivor’s social media and content
1:06:02 Dr. Benjamin Bickman emphasizes protein, Dr. Jason Fung emphasize fat, what’s Ivor’s current thinking on the fat/protein ratio? Don’t think about the macros, think about the real foods
1:09:33 Oils are nutrient-poor and high-calorie, kale isn’t a super food, eggs and liver are
1:11:50 The dangers of high amounts of protein in a high-carb environment
1:13:08 Dr. Bernstein going from uncontrolled type 1 diabetes in this 20s to having a 0 calcium score in his 80s
1:15:02 A low carb diet incorporating fasting becomes a keto diet
1:15:37 Sign-offs, you’ll be a mile ahead by eliminating the triad of sugars, refined carbs, and seed oils, the importance of vitamins and minerals like magnesium, potassium, selenium, sun exposure to increase vitamin D, add in fasting, good sleep and low stress