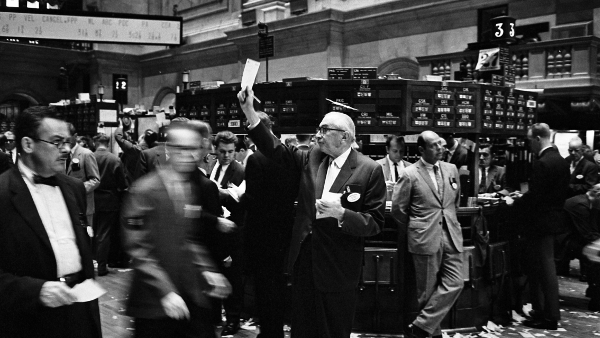 Given the dynamics we’ve discussed earlier regarding buybacks, it should be no surprise to see that they tend to be additive to performance. Of course, critics acknowledge that buybacks tend to boost short-term prices. How could anyone deny that an increase of buying any asset, ceteris paribus, increases its price? But what critics miss is that gains are not limited to the short run.

“Buybacks do increase the short-term stock price – but they increase the long-term stock return even more. A seminal paper by David Ikenberry, Josef Lakonishok and Theo Vermaelen found that firms that bought back stock beat their peers by 12.1% over the next four years. While this study was published in 1995 and analyses US firms, a 2018 investigation of 31 countries by Alberto Manconi, Urs Peyer, and Theo Vermaelen finds that this result generally holds worldwide.”

Does it not make sense that buybacks would generally correlate with returns? Buybacks are decisions by the people who tend to be most knowledgeable about the internal operations and future prospects of a company: the leaders of the company, the Board, and top executives.

George Gilder has written insightfully about the unintended consequences of “insider trading” regulations, which arguably might decrease the amount of information available to the public via stock pricing.

To outlaw, or to ignore, buybacks — or to penalize them in investment evaluation, which some overzealous commentary in the forensic accounting investment community can lapse into — is to deprive oneself and the market in general of an important piece of information coming from inside the company: the signal represented by a bet on the future of the company by those most in the know. However, it is important to note that when incentives are not properly aligned, this can send out a false signal. For example: When CEO compensation involves vesting processes, which give them incentives for creating a short-term pop in stock prices that allows them to game the vesting system to their own advantage.

“…short-term pay incentives stem not only from bonuses, but also from vesting equity, which Vivian Fang, Katharina Lewellen and I showed is linked to investment cuts. In a subsequent paper, Vivian, Allen Huang and I discovered that vesting equity increases the likelihood of stock buybacks and reduces the long-term returns to these buybacks. While buybacks in general are associated with higher long-term stock returns, those induced by vesting equity aren’t.”

The vesting issue is a complex one, but, in general, there is a danger that methods of compensating CEOs through vesting processes create opportunities to game the system.

“CEOs typically sell their vesting equity shortly after the buyback, taking advantage of the short-term price increase that it causes. This finding was independently corroborated by SEC Commissioner Robert Jackson. For example, Angelo Mozilo used Countrywide’s money to buy back $2.4 billion of shares between November 2006 and August 2007 – yet sold $140 million of his own shares over the same period. I argued earlier that buybacks signal the CEO’s confidence in her own firm. But if she’s selling her own shares at the same time as buying shares with the company’s money, this is duplicitous. If the CEO really were positive about her firm’s prospects, she’d hold onto her equity when it vests rather than selling it.”

So, beware CEOs buying shares with shareholder money who are at the same time selling their personal shares.

Now, let’s move past the question: Buybacks, good or bad? Let’s look at buybacks in comparison with the other common form of distribution of profits to shareholders: dividends.

The buyback decision is not a decision about how much profit to have, and how much to invest in workers and suppliers. As we’ve seen, it occurs ‘after’ those expenditures, further down the Income and Cash Flow Statements. Buybacks are based on a decision about how to distribute the profits to the owners. If not buybacks, then dividends. Demonizing of buybacks fails to recognize that it is a mechanism for distributing profits. Unless one has a fundamental objection to profits per se (which perhaps is an unspoken premise behind anti-buybackism), then there is no logical reason to say that buybacks are a less legitimate way to repay investors than dividends or paying down debt (which decreases future claims from lenders to the benefit of shareholders).

There is no reason to think that paying shareholders in the form of buybacks should be treated as sinister while dividends should be crowned with a halo. Both are legitimate ways of giving shareholders their due, and furthermore, there are some substantial arguments that buybacks can in some cases actually be a better mechanism for the distribution of profits than dividends.

“First, they’re more flexible. Once you’ve paid out a dividend, you’re committed to maintaining it in the future – potentially restricting investment down the line. Wei Li and Erik Lie show that reversing course and cutting the dividend reduces the stock price by an average of 4%, which explains why the CFOs surveyed by Alon Brav and co-authors were so reluctant to do so.”

Dividends can be subject to a ratcheting effect. They’re allowed to go up, but not down, at least not without creating an enormous amount of friction. Managers are frequently punished by shareholders for “missing” (as though it’s like a debt service payment) a dividend. That’s kind of understandable. If a company pays a regular dividend, it attracts investors who want regular dividends. Reliable dividend payers are in a zone of equity somewhat akin to debt instruments such as bonds, and are appropriate for older people or others with more limited time horizons. But this does create a dilemma for managers and is a possible downside to dividends as opposed to buybacks. There especially can be a trap in which low-growth, mature companies which are historic dividend payers ‘keep up appearances’ by financing dividends through debt. That puts off a day of reckoning which eventually comes due. More research is needed on companies leveraging themselves to stave off an inevitable dividend cut for a few years.

“Buybackers,” on the other hand, seem to have more flexibility when profit levels are not high enough to justify distribution to shareholders:

“Second, repurchases are targeted. In a buyback, investors choose whether to sell. Those that do will be the ones with the best alternative investment opportunities or who value the stock the least.”

Dividends go to everybody. Buybacks go to willing sellers. In some sense a buyback ‘forces’ a sell-or-not decision on shareholders, raising awareness and scrutiny about the company. Arguably, it creates a more engaged investor base. Dividend investing does present a certain ‘set-it-and-forget-it’ setting with investors.

“Third, repurchases – but not dividends – lead to more concentrated ownership. Both the CEO and continuing investors now have a greater share of the firm, increasing their incentives to create value…”

There are significant advantages to a more concentrated investor base. Ownership concentration tends to lead to cognitive concentration. If you put all (or most) of your eggs in one basket, you tend to keep a close eye on that basket. There is wisdom in putting your nest eggs into those closely watched baskets.

“Finally, as discussed earlier, repurchases are a good investment if your stock is underpriced. Chapters 4 and 6 explained how the stock market may focus excessively on short-term earnings and fail to fully appreciate a company’s long-term value. A solution is for a CEO to put her money where her mouth is and buy her own enterprise’s stock.”

There are really two points here. One we’ve already mentioned: buybacks (under the right set of incentives) are a signal from the informed inside world to the outside world. But there is another point here, which kind of cuts both ways. Buybacks when stocks are undervalued can be a corrective to that undervaluation. It is management putting money on the line that the crowd is wrong. It rewards those who did not panic-sell at low valuation. If this is true, then the contrary is probably true as well. Investors might want to be extra wary when companies buy back overvalued stock. This could be a way to ‘keep up appearances’ by keeping stock prices artificially high in line with investor expectations.

Of course, when based on sound analysis, dividends have their advantages. More on that in a future blog.

Still, all things considered, buybacks are the Rodney Dangerfield of corporate financial tools, which don’t get the respect they deserve.