The Era Of No Consequences 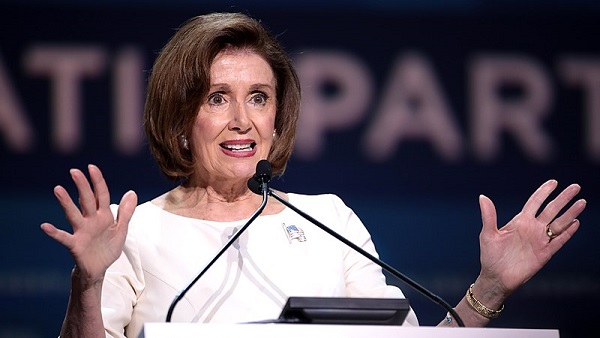 Historians may take a considerable amount of time in granting a designation to a particular period of time, a nomenclature such as “The Victorian Era,” or “The Enlightenment.”

That lag may be considerably shortened regarding the current era. Indeed, the phrase can easily be gleaned when even casually examining the contemporary environment. We are living in the “Era of No Consequences.”

Last month, the second Stimulus Bill was again debated, months after it was due. The Speaker of the House, Nancy Pelosi, has essentially stated that she held up the measure, which is supposed to provide badly needed funding for people and small businesses devastated by the ongoing pandemic, because she didn’t want it to pass until after the election, an act of partisanship that placed politics above the good of the nation. A friendly media has not attacked her for this, nor has she suffered any other penalty.

During 2020, much of the world has been devastated as a result of COVID-19, spread through China’s negligence or maliciousness. There has been little discussion of reprisals in response to this.

During the U.S. Presidential election, balloting wrongdoings occurred. The courts have been unwilling to even examine the problem in detail. The beneficiary of those untoward acts, Joe Biden, has been further sullied by his family’s enrichment by Beijing, America’s chief adversary. It appears that he will endure no detriment from that.

For almost the entire length of the Trump presidency, the nation was torn asunder and an impeachment took place, all based on false charges knowingly brought forth by unscrupulous individuals.  A wholly false “dossier” accused Trump of conspiring with Russians. Lies and omissions were given to the FISA Court. The nation was plunged into several years of an expensive and divisive investigation on the wholly groundless charges. Figures such as Rep. Adam Schiff (D-Ca.) swore to the nation that they had evidence which, it turned out, never existed. No one has ever been punished for the lies, perjury, and other misdeeds related to this. Again, no judicial reprisal was taken.

During that same period of time, riots on a scale not seen for half a century took place. Not only have the perpetrators not been punished, but a sympathetic media portrayed the burning, looting, and assaults as “peaceful protests.”

On state-funded campuses across the nation, oppression of non-leftist students takes place. Despite this misappropriation of taxpayer dollars, no plan exists to remedy the problem.

This particular epoch began with the election of Barack Obama. His presidency saw the machinery of the federal government diverted to partisan political endeavors. Groups opposing his views were hit hard and unlawfully by the Internal Revenue Service and the Department of Justice. Beginning in March 2010, not-for-profit groups that disagreed with the Obama White House were placed on special lists for political reprisal. Once these discriminatory and illegal acts were exposed, precisely nothing of consequence happened. Eventually, some officials were allowed to resign and there was a financial settlement. But the ultimate government officials who should have borne responsibility paid no political price.

During this same time period, Hillary Clinton committed a panoply of apparent crimes and engaged in astounding coverups. She openly lied about the origins of the attack on the American facility in Benghazi. She approved the sale of the basic ingredient of nuclear weapons to the Russians. When questions were asked about her activities, she destroyed the evidence. These misdeeds did nothing to harm her career.  Indeed, she secured the Democratic nomination for President in 2016.

When wrongdoing by people of influence and power are not punished, society is deeply diminished and endangered. This is the true legacy of the “Era of No Consequences.”