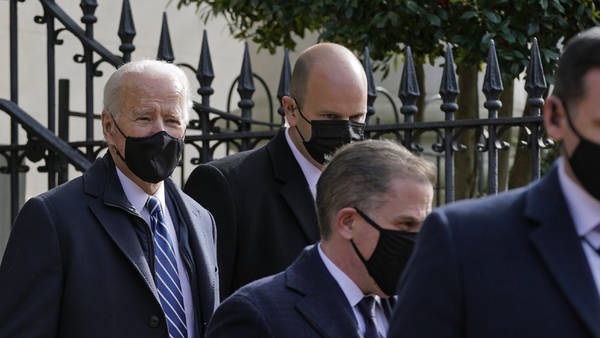 Shortly before the end of the Trump Administration, The U.S. State Department provided information about the deadly COVID-19’s origins in China. The Biden Administration has removed this data, for reasons undisclosed and highly questionable, particularly in light of the Biden family’s financial relationship with Beijing.

The World health Organization added to the problem. Heavily influenced by China, it completely failed to provide or disclose urgently needed information.

The now-deleted State Department report found that for more than a year, the Chinese Communist Party (CCP) systematically prevented a transparent and thorough investigation of the COVID-19 pandemic’s origin, choosing instead to devote enormous resources to deceit and disinformation. It notes, “The CCP’s deadly obsession with secrecy and control comes at the expense of public health in China and around the world.”

There are several key points that require intensive review.

First, the illnesses that occurred within the Wuhan Institute of Virology (WIV.) Several researchers inside that institution became sick in 2019 with COVID-like symptoms. Despite this, WIV senior researcher Shi Zhengli alleged that there were “zero infections” on his staff. Accidental infections in labs have caused several previous virus outbreaks in China and elsewhere, including the 2004 SARS outbreak in Beijing that infected nine people, killing one.

Second, Beijing has prevented independent journalists, investigators, and global health authorities from interviewing researchers at the WIV, including those who were ill in the fall of 2019.

Third, starting in at least 2016 – and with no indication of a stop prior to the COVID-19 outbreak – WIV researchers conducted experiments involving RaTG13, the bat coronavirus identified by the WIV in January 2020 as its closest sample to SARS-CoV-2 (96.2% similar). The WIV became a focal point for international coronavirus research after the 2003 SARS outbreak and has since studied animals including mice, bats, and pangolins.

The WIV has a published record of conducting “gain-of-function” research to engineer chimeric viruses. But the WIV has not been transparent or consistent about its record of studying viruses most similar to the COVID-19 virus, including “RaTG13,” which it sampled from a cave in Yunnan Province in 2013 after several miners died of SARS-like illness.

These and other unanswered questions must be reviewed.

Why were WHO investigators denied access to the records of the WIV’s work on bat and other coronaviruses before the COVID-19 outbreak?  As part of a thorough inquiry, they should have had a full accounting of why the WIV altered and then removed online records of its work with RaTG13 and other viruses.

What was the nature of China’s military at the WIV, and throughout the pandemic?

One year ago, I interviewed a doctor who had left Wuhan. She told me that the presence of the military in the aftermath of the outbreak was significant. As the Biden-deleted State Department report notes, Secrecy and non-disclosure are standard practice for Beijing. “For many years the United States has publicly raised concerns about China’s past biological weapons work, which Beijing has neither documented nor demonstrably eliminated, despite its clear obligations under the Biological Weapons Convention…Despite the WIV presenting itself as a civilian institution [it] has collaborated on publications and secret projects with China’s military. The WIV has engaged in classified research, including laboratory animal experiments, on behalf of the Chinese military since at least 2017.”

The Federation of American Scientists has revealed that China has the infrastructure to develop biological weapons.

It also has the diplomatic and financial clout to avoid public discussion of that reality. It is extraordinary that there have been, within the United States, few published expressions of anger at the unprecedented damage done by the Chinese Communist Party leadership.