Gamestop Scandal: Who Is The Real Culprit? 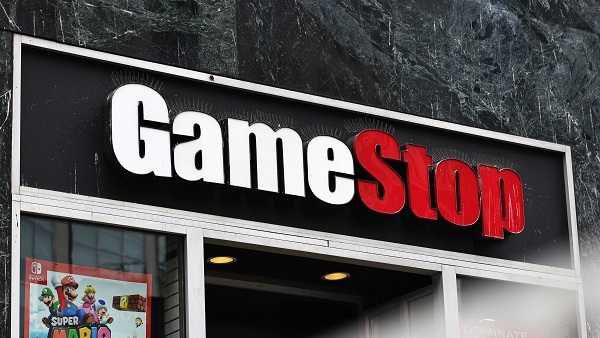 Those who despise free markets concentrate their hate on the stock market, and the Gamestop soap opera served up fresh caffeine for them. For readers not addicted to financial media, the drama involved a group of individual investors communicating through social media who ganged up to buy stock in Gamestop, a video game, consumer electronics, and gaming merchandise retailer. They hoped to drive up the stock price and thereby cause losses for hedge funds who had “shorted” the stock. Shorting is a process in which a hedge fund borrows a stock to sell at the current price, expecting to buy it back at a lower price and earn a profit on the difference.

The mob succeeded in causing huge paper losses to some hedge funds, but due to maneuvering by the rooky brokerage Robinhood and others, the price of Gamestop plateaued, then fell significantly. We will not know the extent of the damage done to hedge funds until they file quarterly reports. Here’s a good account of the drama.

The reflexes of socialists and the media were predictable. The drama resurrected zombie calls for greater regulation of the market and an end to short selling, which advertise the greatest weakness of socialists and the media – their inability to see beyond the obvious. It’s also called the “broken window” fallacy, after the story in the classic book, Economics in One Lesson by Henry Hazlitt. Ludwig von Mises described it as the inability of the average person to grasp more than one link in a chain or reasoning. He wrote that the main job of economics is to force people to occasionally consider the long term and the broader effects of actions.

The TV show NCIS can aid us in understanding the problem. Viewers know that the first suspect in a case is always innocent. He’s a red herring, a distraction. The special agents must follow a long chain of evidence and reasoning to catch the real murderer. But most the media and other socialists lack the skill of special agents to follow long chains of reason and evidence. It is the main difference between Democrats (and the media) and Republicans: Republicans tend to have that skill while Democrats don’t and that’s why we see the world differently.

Who should we indict for the Gamestop kerfuffle? Every good economist will answer, the Federal Reserve. Economic historians laughed when they saw the Gamestop saga because it’s nothing but a financial bubble like hundreds that have appeared through history. This is where we lose Democrat readers if there are any because the chain of reasoning will be too difficult for them to follow.

The most famous is the Tulip mania in the Dutch Republic in the early 17th century. Dutch growers had created new varieties that people loved and drove the prices up. Before long, everyone was investing in Tulips, expecting prices to continue rising. The Dutch had invented the futures market shortly before. Futures are a contract to buy or sell something in the future at a specified price. Socialists and the mainstream media fear and loath futures because they don’t understand them.

People began trading in futures on Tulip bulbs and prices on the contracts reached irrational highs. Eventually, the bubble popped, as all bubbles do, even the Gamestop bubble. But bubbles don’t inflate themselves. Scientists gave up on spontaneous generation decades ago and so should economists. Someone must provide a rapid infusion of air. The air for financial bubbles is money and good economists know that financial bubbles require a rapid expansion of the money supply.

But the Dutch Republic didn’t have a Federal Reserve. In fact, the Dutch officially used only gold and silver as money and the Bank of Amsterdam practiced 100% reserve banking, meaning they did not loan out deposits. The rapid increase in money came partly from large amounts of gold entering the country through exports, but mostly from a massive increase in bills of exchange, which people used as a form of paper money. Several times in Dutch history the volume of bills of exchange reached ten times the amount of gold in the country.

The Gamestop bubble was no different. The Fed has been pumping massive amounts of money into the economy by purchasing from banks anything that might resemble debt. Most of that new money goes into the stock market, as Fritz Machlup wrote in 1931 in The Stock Market, Credit and Capital Formation.

A tsunami of new money drives down interest rates and increases risky behavior. A great deal of hedge fund short sellers as well as the individuals who tried to crush them used borrowed money at cheap rates to launch their assaults. Had interest rates been at the market rate (much higher), lenders as well as borrowers would be more careful in their ventures because they would have more to lose.

Good economists will always defend short selling because accurate prices require the freedom to sell as well as to buy. If no one is selling, no one can buy. Interest rates provide the natural break on how much brokerages will lend on stocks, and how much investors are willing to borrow to buy stocks as well as to borrow to sell short, but Fed money tsunamis destroy that break.

The acid test of an economist responding to the Gamestop fiasco is who does he blame? Good economists know the real criminal is the Fed.