Why The Left Is Attacking The First Amendment 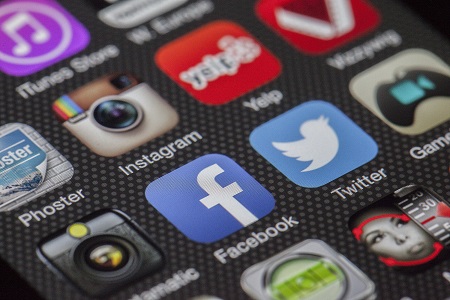 The light of freedom is endangered across America, as totalitarianism takes increasing hold of the nation’s major institutions, under the guise of “Democratic socialism.”

The assault has been going on for some time. William Kilpatrick, writing in the Catholic World Report, explains:

“..it may be time now to acknowledge that the leftist takeover of American institutions is well underway. In some segments of our culture it has, to all intents and purposes, already been accomplished. In many ways, the current protests, riots, and takeover of city blocks merely reflects the largely successful takeover of social and political institutions over the last several decade.”

The concept gradual institutional takeover was pioneered by Saul Alinsky, who had a major philosophical influence on such notable figures as Hillary Clinton And Barack Obama. Major organizations such as Antifa, and key movements such as the Green New Deal, have both taken their cues from him.

Commentator and author John Loeffler notes, “Remember president Barack Obama’s campaign slogan ‘Change we can believe in’ and his constant proclamations of ‘hope and change’? How he was always advocating the ‘Fundamental transformation of America’? […] Barack Obama studied Saul Alinsky’s methods and made these rules a central part of his political identity and public policy. In 1968, a young Hillary Clinton also corresponded with Saul Alinsky while in law school at Wellesley College. Alinsky was so impressed with her enthusiasm for social change that he offered her a job.”

The Constitution’s First Amendment has been the major roadblock to Alinsky’s strategy. A key element of socialism has been the suppression of individual rights. Themes such as “social justice” and an extreme form of environmentalism are the cover for this.

The First Amendment has always provided the means to expose these and other ruses. That is why the Left has been so diligent in attacking this most important of all rights. There are four elements to this assault. Socialist ideas do not stand up well under scrutiny, and so measures are taken to prevent intensive discussion of them.

The first is violence. This has been seen most explicitly in the attacks on those wearing paraphernalia supporting non-leftist candidates, such as Trump’s “Make America Great” hats. It’s also seen in the burning and looting of American cities by Antifa. It is fascinating that leftist-supporting media, which provided extensive coverage and righteous condemnation of the terrible and inexcusable riot at the Capitol, chose to call the devastating socialist attack on America’s cities “mostly peaceful.”

The second is censorship. Attack a left-wing concept on air or in print, and there is a substantial chance that not only will that individual report be “spiked,” but the author may also be suspended. This is seen most often on social media, but also in the way that television talk shows and print media will simply not report on contrary facts and ideas.

Economic boycotts are also in the mix. A recent example is Michael Lindell, the “My Pillow” entrepreneur, who has seen his products pulled from many outlets simply for his non-leftist views. Even elected officials have fallen victim. Senator Josh Hawley (R-Missouri) endured his book release and his fundraiser cancelled for opposing the Left.

A relatively new wrinkle is the use of nonsense lawsuits. Reporters and organizations who question a Leftist perspective may find themselves on the receiving end of lawsuits. Defendants will generally win against this abuse of process, but at a considerable cost in legal fees.

The most frightening tactic and the most recent has been the application of false criminal labels such as “Domestic Terrorist” to those opposing socialist ideas. Watch this method carefully. Once an individual or group receives this description, it is an easy slide into denying them all rights.

America is on the precipice of having its Bill of Rights become nothing more than a disregarded idea.