Baseball’s Self-Destruction, And Ours 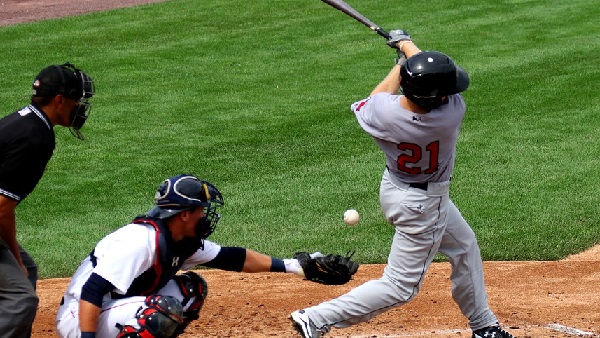 “America’s Pastime” has lost its way, and forgotten the vital role it has played in the life of the nation.

During times of great upheaval, the sport has been a means that brought together those of different ideologies, faiths, generations, and eventually, races. It demonstrated that, playing under a set of rules in an arena devoid of politics, people could come together and find a means of supporting a common goal, despite whatever differences they may have.

More so than any other form of entertainment or athletic competition, it honored tradition. It was so ingrained in the American character that during the Second World War, its statistics and trivia were employed by front-line troops for security purposes.

The sport’s current leadership, and even many of the players, fail to comprehend what baseball contributes to a country suffering from deep divisions. Rather than standing above the fray and providing a means to keep some common ground and maintain a forum for unity, it has descended into just another venue for partisan debate. It does so at its own peril, and ours.

This isn’t just a problem brought about by those who run the sport. Sports writers, like many news journalists, apparently care less about objectively reporting the facts than virtue signaling and making ideological points.

One baseball news site, “Views from 314” wrote: “American professional sports and politics intersect at every possible, uh, intersection. […] For too long, we’ve used sports as an apolitical refuge when it is absolutely, positively not that at all. […]  [A]thletes have a large platform and are capable of reaching a lot more people. […] When politics and sports collide–in ways beyond their already conjoined nature–athletes should feel free to speak up just as fans do. They should not shut up and play.”

Baseball embraces politics at its own peril. Consider the NFL’s losses following its decision to stray into the field. The National Football League took a significant financial and popularity loss following its surrender to players who sought to interject politics into their sport.

Not everything has to be about politics. Yet, Major League Baseball’s decision to move its All-Star event from Atlanta to Denver signals to fans that politics is more important than the unifying tonic the game offers. It’s not just the MLB organization. Some individual players, such as the New York Yankees Aaron Hicks, who chose not to play after a tragic interracial incident, have used the game to push their perspective.

The move to transfer the All-Star game from Atlanta to Denver illustrates the utter lack of sophistication of these would-be politicos. Atlanta is minority-majority city; Denver is a Caucasian-majority city. The protested legislation which prompted the idea did little more than provide more security and transparency to Georgia’s electoral system. Ironically, baseball itself practices one form of security, the requirement of identity when picking up reserved tickets, that has been a flashpoint in the national debate over ballot security.

There may be more to the story. Shortly before MLB rendered its inappropriate decision, it announced that it had signed a deal with a Chinese company. China, through its vast financial influence within the U.S., has done all it can to encourage racial animosity. MLB has cast hungry eyes on the 1.3 billion population of China for over a decade, having opened an office there in 2007. CNN reports that in 2020,  “MLB partnered with China Education TV, a national network, to air select MLB shows and games. CETV reaches nearly one billion viewers.” Beijing has a significant history of working with Black Lives Matter.

The social fabric of a nation is comprised of many important facets. Making them all subordinate to politics is a terrible move.