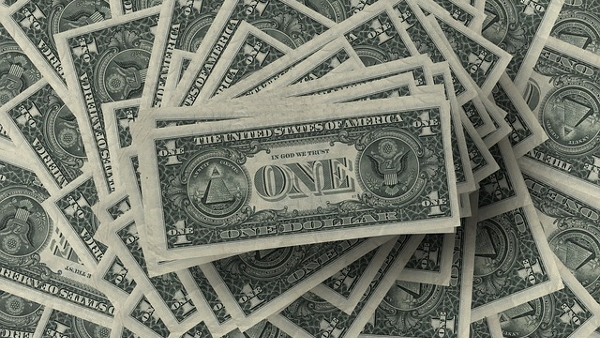 In March, the Congressional Budget Office released its Long-Term Budget Outlook. In a recent presentation, the CBO director warned that the report did not take into account the recently signed American Rescue Plan Act, and that things will very likely be worse than the official projections we are about to read:

CBO’s most recent projections, which underlie this presentation, were published on March 4, 2021. They do not include the effects of the American Rescue Plan Act, which was enacted on March 11, 2021. The effects of that law are projected to increase the federal deficit by $1.9 trillion from 2021 through 2031, mainly by increasing spending.

So, how bad are things without counting the bad effects of a bill with a name that promises to rescue us? In the long-term, the CBO thinks that things are going to be pretty bad. Growth expectations are falling, mainly because of demographic trends. It puts potential growth over the next ten years at 1.8 percent per year, which as the chart below shows, is well below historic rates since 1950. That projection is primarily due to a lower potential labor force. In other words, there are some limits to how much we can supply-side our way out of this, since supply-side economics is about changing individual incentives, which presupposes that there are enough people around to be incentivized into boosting supplies of goods and services. Of course, per capita GDP can grow, but to service our enormous debt obligations and entitlement programs, we need large aggregate increases in wealth creation.

The CBO shows that even to maintain its parsimonious population-growth outlook, we will need a lot of immigrants. This creates a serious dilemma: Our economy needs immigrants to grow, but high rates of immigration seem to fuel social tensions and, what is more troubling from a macroeconomic point of view, appear to bring in its wake a shift in voting patterns toward the low-growth coalition. In other words, if we invite enough immigrants to grow the population enough to beat the “new normal” growth rates, do we risk simultaneously shifting the electoral balance toward the kind of policies that push us back down to low growth?

Assuming that the CBO’s outlook is right about growth potential, our fiscal future might look like this:

Most of the scariest stuff is to the right of the “projected” line at year 2020 — which means it’s something that might happen — but that leaves a fair amount of frightening mauve in the already-happened period from 2008 to now.

All of this also assumes no big spike in interest rates. This is based on Goldilocks-like interest-rate assumptions, which means that it has embedded into it continued debt monetization. If the Fed doesn’t play ball, the interest portion of debt services will kick in a lot faster. The Fed has already signaled that it will act to rescue America from the American Rescue Plan Act both by keeping its target rate low and by indicating in its most recent meeting that it intends to continue to do so. Given the rising importance of interest on the national debt, it’s unlikely that they will fail to rescue us (and our good faith and credit) from future fiscal-rescue attempts. And the only way they can rescue interest rates is by sacrificing the dollar.

This Will Put A BIG Smile On Your Face: Watch Animals Being Freed For The First Time!
Great American Outdoors