Killers Of The Flower Moon: Government Failure, Not Market Failure 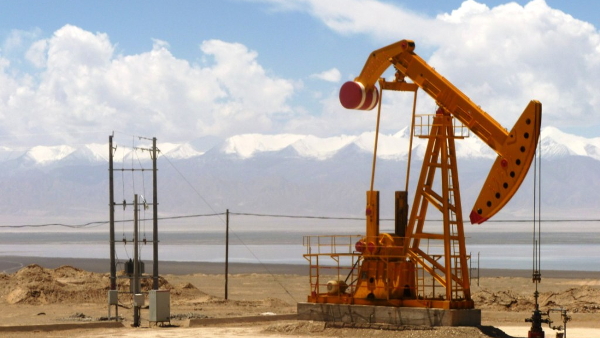 Martin Scorsese will direct with Jesse Plemons, Leonardo DiCaprio, and Robert De Niro starring. The book investigates a series of murders of wealthy Osage tribal citizens that took place in Osage County, Oklahoma in the early 1920s after big oil deposits were discovered beneath their land.

Unfortunately, the book focuses only on the Osage tribe. If you can find a copy, Angie Debo showed that whites murdered far more members of other tribes in her classic book, And Still the Waters Run: The Betrayal of the Five Civilized Tribes, published in 1940. Debo’s title came from treaties with Washington that gave the land in Oklahoma to the tribes after the “trail of tears,” the forced marches and ethnic cleansing of the Cherokee, Choctaw, Seminole, and Creeks tribes from the eastern and southern states. Those treaties guaranteed the land to the tribes as long as the waters in the rivers continued to run. Debo made the point that the waters were still running but the federal government had violated another treaty and taken away the tribal lands again.

Before the federal government dismantled tribal governments at the turn of the last century, all land was owned by the tribal governments. Tribal ranchers and farmers leased land from the tribe. Congress forced the tribes to dissolve their governments and divide the land among its members. Then oil was discovered on those lands and the crimes began.

Methods varied. Some criminals would offer to pay a tribal member an annuity until the member died if he signed ownership of the land to the criminal. Many did and died within weeks. Others bribed judges, sheriffs, and politicians to grant criminals trusteeship of the land belonging to minors. The criminals would then steal all the wealth that came from the oil pumped out. The Osage had a different agreement with the federal government in which the Bureau of Indian Affairs collected the money from oil sales and distributed it to tribal members. Criminals would marry Osage members with the rights to that money, then murder them.

The crimes went undetected for more than a decade because criminals had bribed so many politicians, judges, and local law enforcement officials. But the complaints by tribal members finally found sympathetic ears in Washington and attorneys began filing charges. According to Debo, the federal government in the 1930s had filed over 30,000 indictments for murder, theft, extortion and other crimes, putting the titles to most land in eastern Oklahoma in doubt. The indictments implicated almost every politician in the state but the governor as well as most of the prominent businessmen.

The charges halted most economic activity in the state, so the governor led a delegation to Washington in the 1930s to negotiate a settlement. The federal government agreed to drop more than 30,000 charges of murder and theft if the state would allow the tribes to re-establish their tribal governments as sovereign tribes under the protection of the federal government and not subject to state authority.

Socialists will blame the crimes portrayed in Killers of the Flower Moon on capitalism, as they have blamed it for slavery, drug addiction, poverty and every other evil in the country. They have fabricated a straw man version of capitalism in which there is no law and order, only vicious businessmen committing crimes to make money like Gordon Gekko in Wall Street.

Yet capitalists have never recognized that straw man. Every capitalist since the theologians at the University of Salamanca, Spain, distilled the principles of capitalism from the Bible have insisted that capitalism requires the rule of God’s law, especially the prohibitions of murder, theft, kidnapping, and slavery. Without government and the rule of law, capitalism doesn’t exist. Such a society would be ruled by the meanest thugs. It’s a portrait of hell, not capitalism.

The real economic lesson of Killers of the Flower Moon is government failure. Mainstream economists talk about market failure endlessly. Of course, they judge the real market by the fictional and impossible standard of perfect competition, which is neither perfect nor competitive, and then declare the market a failure. Fictional utopias always defeat reality. But the market never fails because its only purpose is to bring buyers and sellers together.

Mainstream economists have nothing to say about government failure. Yet, the government has failed at every intervention into the marketplace it has ever tried. Read How Capitalism Saved America by Thomas DiLorenzo.

On the other hand, socialists place the burden of government on the market then claim that the market failed because it didn’t do the government’s job. The government’s sole reason for existence is to punish evil doers who violate the rights of others to life, liberty, and property, as Paul wrote in Romans 13. Allowing slavery was one of the greatest government failures in the history of the US, as was President Andrew Jackson’s ethnic cleansing of all tribes east of the Mississippi river that sent tribes to what is now Oklahoma, which is Choctaw for land of the red skinned people. Tribes have always been proud to be called redskins.

Christians don’t need to fixate on greedy businessmen as socialists do because, as Adam Smith wrote, competition in a free market will constrain greedy businessmen better than the government can. Competition will force the butcher and baker and oil man to serve the public rather than their greed. Government can’t restrain greed because businessmen can buy politicians. They’re cheaper and easier to buy than prostitutes, as Killers of the Flower Moon demonstrates.