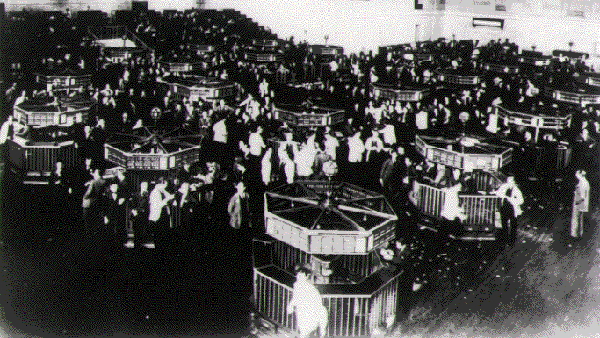 Of course everyone is aware of the Great Depression of 1920 – no wait, virtually no one knows of it. Why would virtually no American know about the worst recession of the 20th century? The answer is certainly speculation. But what is not speculation is how the majority of Americans are unaware of what really happened during this time period.

As James Grant wrote, “Over and done within 18 months, the depression of 1920-21 was the beau ideal of a deflationary slump.”[4] We must embrace the Light; we are obligated to embrace the Light. Our obligation and reference to God’s Light is articulated in the Declaration of Independence.

We will look at one of the best examples of American Exceptionalism of modern times—how the leadership and citizens of the United States rose to combat economic evil, which also discloses to some degree the wickedness of evil to hide this amazing American story from its posterity.[5]

During World War I, the US debt climbed from about $1 billion to about $25 billion, a whole assortment of industries were nationalized, thousands of government bureaus were erected, and top income-tax rates hit 77 percent. American economic liberty would never again be restored to prewar levels.[6]

In several upcoming articles I will discuss details, data, and events of the 1920 Depression, which are lessons to help us combat the degraded economic patterns of post-WWII America.