Why The Economic Situation In 1920 Was Grim 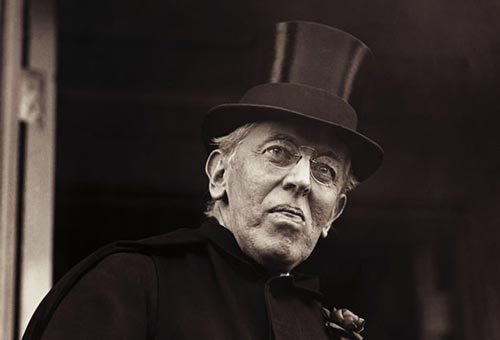 “The economic situation in 1920 was grim. By that year unemployment had jumped from 4 percent to nearly 12 percent, and GNP declined 17 percent.”[1] Federal income tax rates were massively and oppressively increased from a maximum rate of 15 percent in 1916 to 77 percent in 1918. This plummeted the percent of overall tax revenue paid by the wealthy from 29.4 percent in 1916 to only 2.37 percent by 1921.[2] As a result, the higher rates “shifted a growing share of the burden onto the lower income bracket taxpayers.”[3]

This occurred under Woodrow Wilson’s administration, and although he enacted the Federal Reserve[4] “to furnish an elastic currency, to afford means of rediscounting commercial paper, to establish a more effective supervision of banking in the United States, and for other purposes,”[5] it has never accomplished its intent.

The Federal Reserve deliberately creates an inflationary economy, and, as a result, deliberately destroys the wealth of individuals by devaluing any savings they retain. The Federal government frequently makes false claims of helping the economy by injecting currency and credit. But the exact opposite results. As the great economist Ludwig von Mises explained, “All attempts by the authorities to combat rising prices with the full force of the law have come to naught… A general increase in the prices of all goods can only arise as a result of an increase in the money supply.”

Government cannot combat economic natural law. Von Mises discloses that “all economic policy tools are powerless to combat [the results of devaluation of the money supply] as long as long as inflation continues.”[6]  Government and the Federal Reserve are purporting a lie. Von Mises further notes that:

[4] The Federal Reserve Act was an Act of Congress and signed into law by Woodrow Wilson on December 23, 1913.