Biden Doing Nothing About Depletion Of U.S. Military Assets 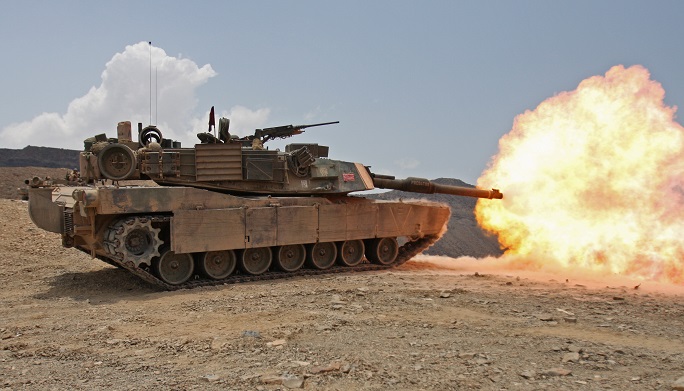 Despite the growing danger from China, Russia, North Korea and Iran, there appears to be little budgetary reaction in Washington.  Although the U.S. is withdrawing from Afghanistan, the effect of decades of concentrating on countering terrorism has exhausted U.S. personnel and depleted combat equipment. Rather than focusing on peer threats from China and Russia, America’s armed forces are geared to actions from far less powerful or sophisticated adversaries.

At this point, critics note, the Pentagon should be provided with funding to refresh, refocus, and retool its inventory. However, it appears that the funding for that task will not be forthcoming.

Acting Army Secretary John Whitley, in a report noted in the Federal Times, warned that, “We’re about 35% of the active duty and strength of the department; about 45% if you add in reserve forces[.] […] [W]e’re two thirds of the readiness demands and the readiness priorities for warfighting for the Department of Defense. The Army cannot sustain that level of commitment, and operating tempo and readiness for such a wide range of things in a declining budget environment and that’s the simple math.”

Even as Russia openly threatens the Ukraine, surging massive numbers of troops on its border, and China engages in actions designed to prepare its military to attack Taiwan (Beijing recently engaged in its largest aerial incursion into the Island nation’s air defense zone), the U.S. Department of Defense has received what amounts to an inflation-adjusted budget decrease from the Biden Administration. Some in Congress have even proposed steeper cuts.

She gave specific examples of China’s dramatic military buildup, noting that Beijing continues to strengthen its ability to conduct joint operations, and field increasingly sophisticated conventional systems such as long-range precision missiles and integrated air defense weaponry. The PRC is also advancing its space and cyber capabilities, giving the nation a prolific and effective espionage threat.

“Beijing has the economic, military and technological capability to challenge the international system and America’s interests within it. This is happening all along the continuum of conflict — from routine statecraft, through the use of sharp power or gray-zone tactics, to the potential for sustained combat operations and an expanded and capable nuclear enterprise. […] As an example, Beijing continues to leverage its maritime militia to press its unlawful claims in the South China Sea.”

China’s rate of increase in military appropriations exceeds that of either the Soviet Union or the United States at the height of the Cold War. The actual value of the PRC’s spending is even more formidable when various factors are taken into account, including the fact that billions that would be spent on research and development are saved by stealing technology from western nations, especially the U.S., and the fact that, unlike western nations, profits by private defense contractors are not much of a consideration.

Recently, the office of the Director of National Intelligence noted that the Chinese Communist Party conducts a whole-of-government effort to spread China’s influence, undercut that of the United States, drive wedges between Washington and its allies and partners, and foster new international norms that favor the authoritarian Chinese model.

The threats from Russia and China are not just to other nations. The Air Force Times reports, “Intercepting record numbers of Russian aircraft off of North America’s west coast has stretched Air Force units thin, a top service official in Alaska said. ‘We have certainly seen an increase in Russian activity. We intercepted over 60 aircraft last year. […] We monitor more than that,” Lt. Gen. David Krumm said from Joint Base Elmendorf-Richardson. “That’s the most action the Alaska Air Defense Identification Zone — a region spanning 200 nautical miles that reaches past U.S. territory and into international airspace — has seen since the Soviet Union fell in 1991.”