No Work For The Woke 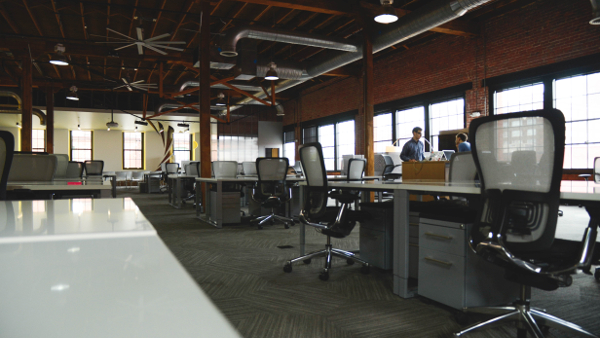 The Wizards of Washington continue to mangle the American economy for one of two reasons; either they are intent on doing harm or, they are ignorant buffoons determined on do-goodism for the sake of their own feelings of self-righteousness.

We have ten insulation factories around the country and never before in our over four decades of experience have we had a labour shortage at all of our plants at once.

Last year, for the first time and after the doling out of the Trumpian supplemental welfare payments, we could not get enough workers at all our plants, at once.

When the Federal payments ceased later in the year, lo and behold – a miracle, the labour shortage ended… everywhere… all over the country… all at once!

Alas, now again, after the implementation of the Bidenian supplemental welfare payments, we cannot find enough people who want to work at all ten plants around the country.

I wouldn’t be bold enough to suggest that there might be a pattern here but, after reading story after news story of other industries having the same plight, maybe the whacky wizards ought to sit up and take notice.

For example, from the New York Times: “Restaurateurs say many former employees are choosing not to re-enter the work force at a time when they can make nearly as much or more by collecting unemployment benefits.”

It used to be otherwise (governments didn’t pay the able-bodied to NOT work). In fact, the first governmental statutes regarding throwing money at the able-bodied poor were directed at enforcing labour norms.

In 1349, The British Statute of Labourers, issued by Edward III after the great plague of the Black Death, outlawed private charity to the able-bodied:

“And because many sound beggars do refuse to labour so long as they can live from begging alms, giving themselves up to idleness and sins, and, at times, to robbery and other crimes-let no one, under the aforesaid pain of imprisonment presume, under colour of piety or alms to give anything to such as can very well labour, or to cherish them in their sloth, so that thus they may be compelled to labour for the necessaries of life.”

Then: Plague, followed by government outlawing welfare to the able-bodied, they need to work.

Now: Plague, followed by government disbursing welfare to the able-bodied, no need to work.

Sometimes history just does not repeat itself.

What other interesting and intriguing ideas of work can we dig up from the past?

Well, going back thousands of years ago, God gave Moses the Ten Commandments in the Old Testament, one of which included the command “Six days you shall labor and do all your work.”

Paul, following in the New Testament, admonishes early Christians to “aspire to live quietly, to mind your own affairs, and to work with your hands, as we directed you…” 1 Thessalonians 4:11

In fact, all through the Bible, images of just about every trade and craftsmanship are used, demonstrating approval of work – Bleaching with fullers earth, irrigating dry lands, pottery making, refining fire, the forge for metal working, building allusions galore, etc.

Christianity glorifies work starting right at the git-go when God created the cosmos and found it to be good.  Likewise, we are to create the products of our artisanship, whatever they maybe, and they should be found ‘good’ as well.

This places Christianity at odds with pagan ideas of work and technology. For example, in Greek mythology Prometheus has to steal the technology of fire from the gods in order to give it to mankind.

But the Christian view is that our creativity is a gift given to man by God and since we are created in His image and He is the master creator, we are to create good things with our giftings.

“Marvel not at the works of sinners; but trust in the Lord, and abide in thy labour: for it is an easy thing in the sight of the Lord on the sudden to make a poor man rich.”  Ecclesiasticus 11:21

Meanwhile, the democratic regime corrupts millions with unearned income, creating a sense of entitlement, debauching the very image of God and perverting the recipients very purpose, self-respect and self-worth.

Edward III would not be very pleased, God probably isn’t either.