Our Problem Is Cultural And No Election Can Heal It 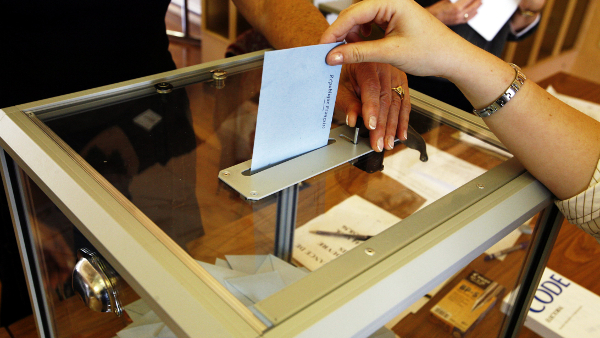 Much of the heated debate flaming across the nation is not political. It is, instead, indicative of a vast cultural divide that no single election can properly address or totally heal.

Covid exposed some of the rift that has developed. In an effort to stop the spread, both left and right acknowledged that certain nonessential activities needed to be avoided. They defined “essential” differently, however, based on their cultural inclinations.

With a rather unseemly haste, places of worship were closed. Even after the worst of the pandemic was over, many on the left were reluctant to open up churches and synagogues. What the nation’s Founders considered vital, Leftists considered trivial. The same Progressives who considered gatherings in houses of worship a threat saw no problem with mass demonstrations, with participants standing side by side in the hundreds, completely acceptable. Another facet was seen recently. While bending to popular will and maintaining the tradition of a National Day of Prayer, Biden’s proclamation managed to omit all mention of God.

The most basic underlying concepts that formed the United States have been openly abandoned by many. The new nation was unique in that it centered around the merits, rights, and responsibilities, of the individual. It didn’t matter whether one’s parents were royalty or vagrants; a person was to be judged on what he or she did. With the same reasoning, an individual was not to be rewarded or punished for what his or her ancestors did.

That idea is the very antithesis of current Progressive ideology, which views people are cogs in a larger wheel of race or other groupings. Concepts such as “reparations” are based on the deeds of generations past, not those currently in existence. Replacing the classic American idea of equality with “equity” is part of that theme.

There is a tie-in between the Left’s disdain of judging individuals on their own merits and the rejection of the Judeo-Christian ethic, which recognizes the unique value of each soul. It’s a trend that took root in the horrific totalitarian regimes of the past century. Communism, which was the basis of the USSR, envisioned a “New Soviet Man” who only saw himself as a part of a larger collective. Germany’s National Socialism reduced individual humans to nothing more than part of racial groupings.

The rejection of individualism has an economic component. Referring to those who built businesses, Barack Obama, during his presidency, told those hard-working entrepreneurs that, “They didn’t build that,” that somehow the countless hours they worked and sacrifices they made had no value.

The essential belief in equality under the law has been abandoned by the Left. The felonies committed by those with the correct Progressive ideological leanings appear to have a “get out of jail free” card. The current push to politicize the U.S. Supreme Court is part of that.

It’s not just that Americans are divided and arguing. That’s been a constant. Honest disagreement is not necessarily unhealthy if core principles are shared. But those core principles are no longer in vogue for too many. Even during the most tumultuous eras, recognition of the right to express one’s opinion kept the nation together. But the wholescale attack on the First Amendment that began in universities and spread to the larger population as well as corporate leadership has dramatically fouled that safety net.

If the assault came exclusively from an authoritarian-minded group of Washington politicians, corrective measures could be taken with far more ease than the culture-wide phenomenon of “cancelling” now dominating too much of society.

Elections will not resolve the challenge. Americans, as individuals, need to reassess whether the basic cultural, economic, and Constitutional principles that built the most successful society on Earth are worth preserving.